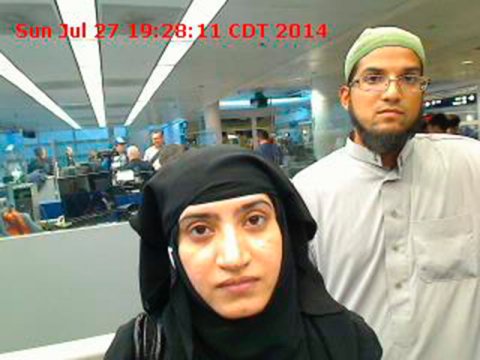 A recent column in The Hill reminds us that there are not only Muslim terrorist supporters coming in from overseas, but terrorist-supporting communities embedded in America.

There are terrorists in our midst and they arrived here using legal means right under the noses of the federal law enforcement agencies whose mission is to stop them. That is not due to malfeasance or lack of effort on the part of these officers; it is due to the restrictions placed on them by the Obama administration.

I was a firsthand witness to how these policies deliberately prevented scrutiny of Islamist groups. The two San Bernardino jihadists, Syed Farook and Tashfeen Malik, may have benefited from the administration’s closure of an investigation I initiated on numerous groups infiltrating radicalized individuals into this country.

While working for the Department of Homeland Security for 13 years, I identified individuals affiliated with large, but less well-known groups such as Tablighi Jamaat and the larger Deobandi movement freely transiting the United States. At the National Targeting Center, one of the premier organizations formed to “connect the dots,” I played a major role in an investigation into this trans-national Islamist network. We created records of individuals, mosques, Islamic Centers and schools across the United States that were involved in this radicalization effort. The Dar Al Uloom Al Islamiyah Mosque in San Bernardino was affiliated with this network and we had identified a member of it in our investigation. Farook frequented that mosque and was well-known to the congregation and mosque leadership. 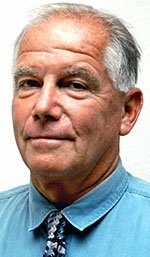 This reminds us that in 2005—under the Bush Administration—there was an investigation of terrorist Muslims in  California, in the agricultural town of Lodi, where our columnist Joe Guzzardi, who now writes for CAPS, was living before his retirement from the Lodi Adult School. See Joe's columns Apparently there have been Pakistanis in Lodi, CA, since the 1920s.  According to the Institute for Local Government, "Pakistani people began immigrating to the area in the 1920s to work on nearby farms, and today about 5 percent of residents are Pakistani." 5 percent of Lodi's population of 65, 000 would be 3, 250. In 2005, Joe Guzzardi used the the estimate of 2, 500. The problem is that it's growing—and it's in America.

Here's what Joe saw as the basic problem:

By now, the details of the on-going investigation are well known. The principal suspect in the case, 24-year-old U.S. born Hamid Hayat, is said to have received training on "how to kill Americans" in an Al Qaeda camp and then lied about it to federal officials.

And Hamid's father Umer allegedly financed his son's travels to Pakistan with the proceeds from his business selling ice cream from a cart.

Additionally, two imams and one of their sons—all citizens of Pakistan and affiliated with Lodi Muslim Mosque—are being questioned regarding the status of their visas.

Why wasn't I surprised?

Lodi, with its well-established community of 2,500 Pakistanis is, in fact a perfect breeding ground for terrorists.

Pakistanis have been coming to Lodi for decades. Despite cultural differences that include arranged marriages, second class status for Pakistani women, and the resistance of many adults to learn English or to enroll their children in K-12 schools, the Lodi city fathers have unquestioningly embraced them.

Pakistani Independence Day, celebrated on August 14th, gets as much coverage in the Lodi News-Sentinel as the Fourth of July.

An August 18th 2003 News-Sentinel story, "Hundreds Celebrate Pakistani Independence Day in Lodi" ran on the front page above the fold and was accompanied by five color photos.

Before the 1965 Immigration Act, these people would have assimilated, but now there's two-way traffic between Pakistan and the US. Two suspect imams, imported on religious visas, left for Pakistan. (Deported for visa overstaying.) The guy who was convicted of lying about going to Pakistan for terrorist training was "homegrown"—born in America—but went to Pakistan to "find himself".

This is the same kind of background that produced Syed Farook and Tashfeen Malik, and it's been increasing since 9/11.

But since 2008, when the US elected Barack Hussein Obama, the Federal Government has lost interest in investigating this phenomenon.