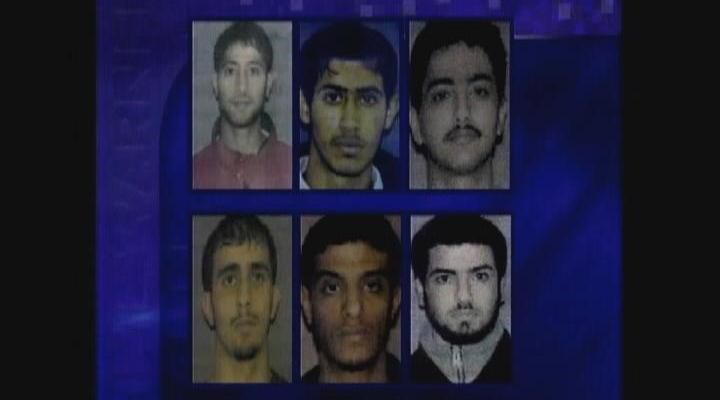 Five Yemeni-American Al Qaeda terrorists were arrested recently in Lackawanna, New York. Unlike the American Taliban Esam Hamdi, whose  "citizenship" derives from his having been born in Louisiana to Saudi parents working in the U.S., these terrorists were born and raised here. Funny thing: apparently they weren't raised to be American patriots. They seem to have finished in the same training camp as John Walker Lindh:

People here are shocked by charges that five young Yemeni-Americans — native-born U.S. citizens who went to Lackawanna High and rooted for the Buffalo Bills — trained last year at the same al-Qaeda base in Afghanistan as John Walker Lindh.

The 1965 Immigration Act opened the doors to non-traditional immigration on a large scale, causing the establishment of large foreign communities. These communities are unassimilated colonies of foreign countries like Yemen, Saudi Arabia, and of course, Mexico.

Inevitably, this has had an effect on U.S. politics. For example, Senator Robert Torricelli (D.-New Jersey) supports an Iranian group called the National Council for the Resistance, which uses Iranian expatriates to lobby congress. In Michigan, Congressman David Bonior (D.) has emerged as the Arabs' man in Washington. Congressman John Dingell (also D.) has a website that boasts a section called Arab Community Links. It features a letter (PDF) from Dingell demanding a response from the Attorney General on the INS's restrictions on…Yemenis and Yemeni-Americans. Apparently Dingell doesn't know that while the US hasn't declared war on Yemen, many Yemenis are at war with the U.S. - as this recent arrest proves.

In a development you may not have heard about, the five alleged terrorists were registered Democrats. So, of course, are most immigrants. And - despite what "GOP strategist" and arch-immigration enthusiast Grover Norquist used to say – so are most Arabs in the US.

The mention of this inconvenient fact is reported to have enraged Democrats. They fear it makes them look "soft on terrorism". Of course, this didn't stop them and their media allies from linking the Oklahoma City bombing to Newt Gingrich and Rush Limbaugh.

And mass immigration is, after all, a Democratic policy more or less explicitly designed to increase the Democratic share of the vote. That increase in Democrats may come with a price - foreign influence on American politics.

None of the congressmen mentioned would take contributions directly from Iran or Iraq. But when Iraqis or Palestinians become Arab-Americans in Dearborn or Detroit, then they can influence legislation, lobby, and contribute, without the Congressmen in question being arrested.

Immigration has been identified as an influence on foreign policy for years (see the Jordan Commission's report on Immigration's Impact on US National Security and Foreign Policy). But normally enemy aliens have little influence during wartime.

Christopher Hitchens wrote in The American Enterprise (January 2000) that

Those who have read The Last Hurrah, Edwin O'Connor's wonderful novel about Boston politics, may remember that the central figure of that story, modeled on Mayor James Curley, at one point has to explain what the foreign policy dimension of a local election in Boston is. He explains, "It's actually not that difficult to grasp. Only two things count. One, Trieste belongs to Italy. Two, all Ireland must be free." The second point counts a bit more than the first, he adds, because the Irish were a bit faster than the Italians in getting to the trans-Atlantic boats.

Irish American politicians like Curley may have played the "Irish card" and even supported the IRA. But they would have been shocked by modern-day uncontrolled immigration, in which immigrants are not only changing the political culture, but also actively threatening American lives.