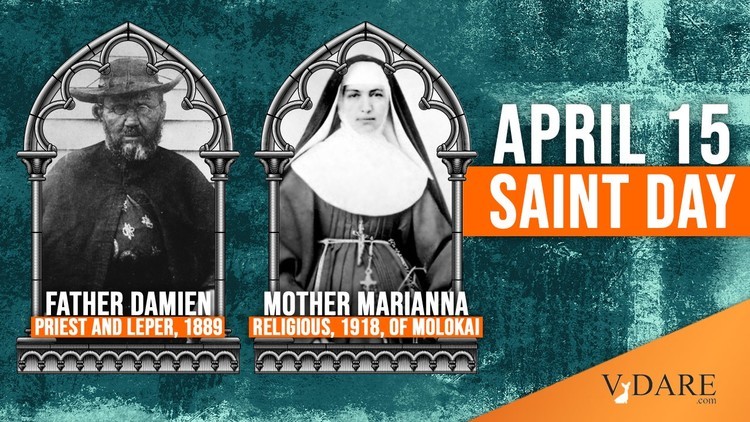 Tom Piatak Writes Us On Father Damien The Leper, A White Man Still Allowed In The National Statuary Hall

From: Tom Piatak [Email him] 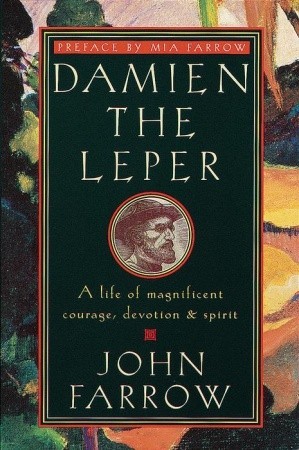 I was gratified to see Peter Brimelow draw attention to two great saints who worked on land that is now part of the United States, Fr. Damien of Molokai and Sister Marianne Cope, who continued and expanded the work began by Fr. Damien.

I told the story of Fr. Damien at Takimag a few years ago [A Saint on Capitol Hill, February 22, 2009].  It is a story that was once well known.  Damien, a Flemish missionary, volunteered to be the Catholic chaplain at the leper colony recently established by the Kingdom of Hawaii on the remote and sparsely settled island of Molokai.

When Damien arrived on Molokai, the leper colony was little more than a place those afflicted with leprosy were sent to die, generally alone and in short order.  Damien remained the Catholic chaplain on Molokai for the rest of his life.

Over the fifteen years left to him, Damien worked tirelessly to change the Molokai leper colony from a place marked by death, isolation, and despair to a place marked by Christian charity and hope.   Eventually Fr. Damien's work attracted attention and help from outside Hawaii, and new volunteers, including Sister Marianne Cope and several members of her order who volunteered to go with her, and  Brother Joseph Dutton,  a Union veteran of the Civil War who became a  Catholic and devoted his life to serving others in reaction to the horrors of war he witnessed.

Fr. Damien and Sr. Marianne are now canonized saints of the Catholic Church and

Joseph Dutton's cause for canonization has been opened.

Fr. Damien has long been a hero in Hawaii, and he is one of Hawaii's two representatives in the National Statuary Hall in the US Capitol.   Not long ago Alexandria Ocasio Cortez attracted attention by calling for Damien 's statue to be removed from the Statuary Hall solely because he is a white male.

Fortunately,  most Hawaiians still revere Damien and AOC's proposal went nowhere.  For the time being, at least, statues of at least some white men will be allowed to remain on Capitol Hill.

There also is an interesting literary angle to this story.  Robert Louis Stevenson visited Molokai not long after Damien's death and he interviewed  a number of residents about the late priest and his work.   He also was extremely impressed  by Mother  Marianne, to whom he left the following poem:

To see the infinite pity of this place,
The mangled limb, the devastated face,
The innocent sufferers smiling at the rod,
A fool were tempted to deny his God.

He sees, and shrinks; but if he look again,
Lo, beauty springing from the breast of pain!—
He marks the sisters on the painful shores,
And even a fool is silent and adores.
Robert Louis Stevenson
Kalawao, May 22, 1889

Even more famously, Stevenson responded to posthumous criticism of Fr. Damien by a Presbyterian minister in Honolulu, Rev. Hyde.

Stevenson's open letter to Mr. Hyde is one of the great philippics in  the English language.  As Pat Buchanan wrote to me after the publication of my Takimag article, Stevenson's open letter to Hyde is "among the most passionate, brilliant, brutal, and beautiful polemics I  have ever read.  Cicero did not do to Catiline, nor Burke to Warren  Hastings, what R. L. Stevenson did to the Rev. Dr. Hyde.”

There are much worse ways of spending Easter than by being reminded of the work of Fr. Damien, Sr. Marianne, and Br. Dutton  and all the other unknown or little known Christians who have followed Christ as assiduously at that trio of saints did.