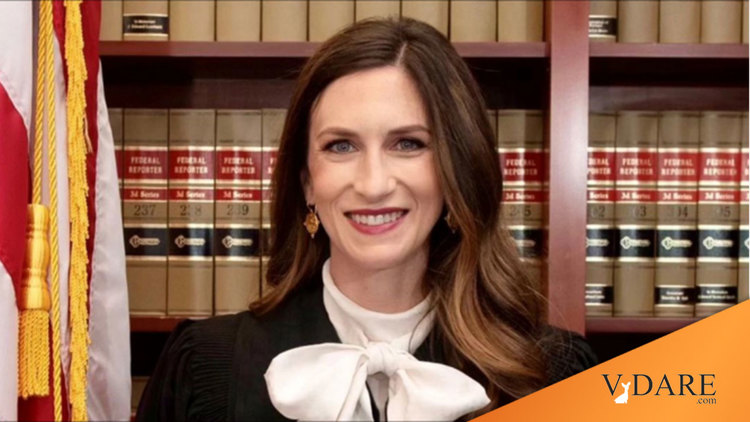 Gateway Pundit celebrates the end of the mask mandate, and doesn't believe the ABA ratings for a minute: Rated “Unqualified” by the American Bar Assoc. at Time of Her Appointment, Kathryn Kimball Mizelle, President Trump’s Youngest Federal Judge, Set the Nation Free from Senseless Mask Mandates, by Joe Hoft, April 19, 2022, whereas Eric Lutz at Vanity Fair acts as if the "unqualified" rating should be taken at face value: This Trump Judge Was Deemed “Not Qualified.” Then She Axed the Mask Mandate, April 19, 2022.

In reality, Mizelle failed the ABA's "whiteness" test—too white and too conservative. Her opinion is so solid that they're afraid to appeal. The 11th Circuit couldn't do any better and might simply write "Affirmed." She must have been a top graduate of the U. of Florida law school, probably first in the class, since she clerked for Clarence Thomas.

She was the first and only Supreme Court clerk from the U. of Florida. Her IQ must be at least 40 points higher than the new (black, female) Supreme Court Justice Ketanji Brown Jackson. See my earlier letter about her here.