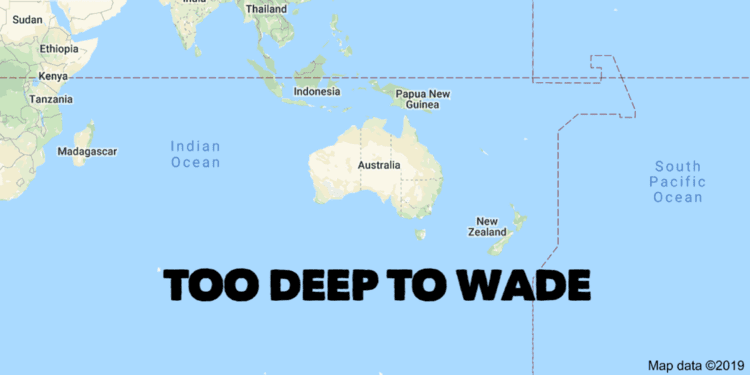 An Australian Reader Says Australia, Guarded By Unwadeable Seas, Needs To Up Its Airport Screening Game

Amongst the 63,000 illegal aliens residing in Australia (officially known as “unlawful non-citizens”) are a sizable whack of “refugees”.  They can’t walk to Australia (an island continent with no contiguous land masses) or swim (it’s too far, and all those Great White Sharks) or sail (because the Royal Australian Navy will turn them back) but they can still fly here.  Illegal aliens are fresh out of ambulatory and maritime options but the aerial route to Australia remains wide open.

Rehearsing their script, 80 fake “refugees” a day (95,000 in total over the past five years) fly in on a tourist visa and then claim asylum—falsely, of course, as the migration and refugee division of Australia’s Administrative Appeals Tribunal concurs by finding that 90% (95% on latest figures) of those seeking a “temporary protection visa” as a refugee over that five year period were found to have no valid claim.

Typically, however, Australia’s mainstream media have, in journalistic parlance, “buried the lede” (which would be that, every day, dozens of foreign welfare and job thieves are trying to scam the refugee system) in favor of bleatings from the usual immigration romantics about the real “border crisis” being unconscionable refugee visa application waiting times—the Sydney Morning Herald (Australia’s New York Times equivalent) is representative—Asylum seeker processing wait time blows out to two years, by David Crowe, October 9, 2019.

The reliably CultMarx university outlet, The Conversation [There’s no airport border ‘crisis’, only management failure of the Home Affairs department, October 13, 2019] is anxious to label the border crisis a “management crisis” caused by a heartless Liberal Party government which has stacked the immigration “courts” with political allies (“many of whom are not lawyers”, it writes in shocked tones) and is unwilling to take up the noble cause of battling “people smugglers”—as if it doesn’t take two willing partners—smuggler and smugglee—to tango.

Here’s an idea to solve the immigration crisis at Australia’s arrivals lounges—set the refugee screening default at “fake” and send 95% of claimants packing on the next return flight.  That would both slow the flow of asylum-scammers and reduce the burden on, and $158 million cost of, the government’s refugee appeals bureaucracy.

Australian workers and taxpayers would be winners.  Only illegal aliens would lose. But I don’t think we’re allowed to say that in these woke times.

Phil Shannon is a veteran Australian working class socialist and, since 2016, a VDARE.com supporter. See earlier letters from him here.