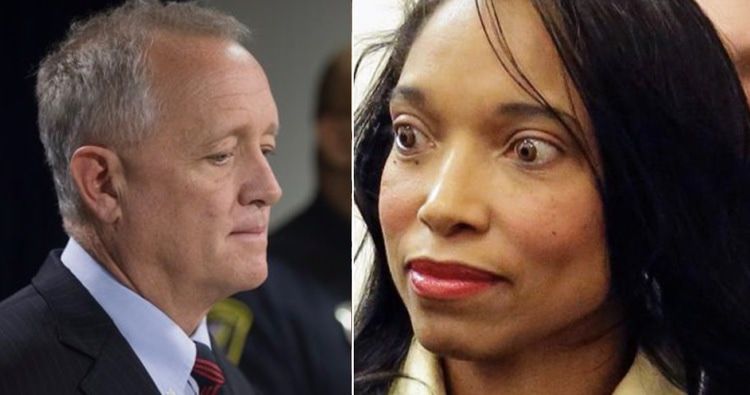 A Reader Says White Prosecutor Shying Away From Putting Corrupt Black Female Judge In Prison—Is He Afraid Of The Mob?

In case you thought that the white county prosecutor, Joe Deters, was going to maintain his integrity during this debacle, please note that he has caved entirely.  He even took it upon himself yesterday to beg the Governor to commute Hunter’s sentence, something  Hunter herself hadn’t done.

After a dramatic day in court that saw former judge Tracie Hunter dragged off to jail, perhaps the biggest twist came via a phone call to the state capital.

A spokeswoman for DeWine confirmed the two spoke and that DeWine would take a look at it. But Hunter, she said, must apply for a commutation. [Chaos erupts as former judge Tracie Hunter dragged off to serve 6-month sentence, by Kevin Grasha, Cincinnati Enquirer, July 18, 2019]

I wonder if this turn of events has something to do with the mob’s prediction that the city will burn.  Or maybe he just doesn’t want the mob at his house.

This failed, and the charges against Tensing were later dismissed with prejudice. Ray Tensing won a $350,000 judgement from the University of Cincinnati, which fired him from their police force for doing his job.