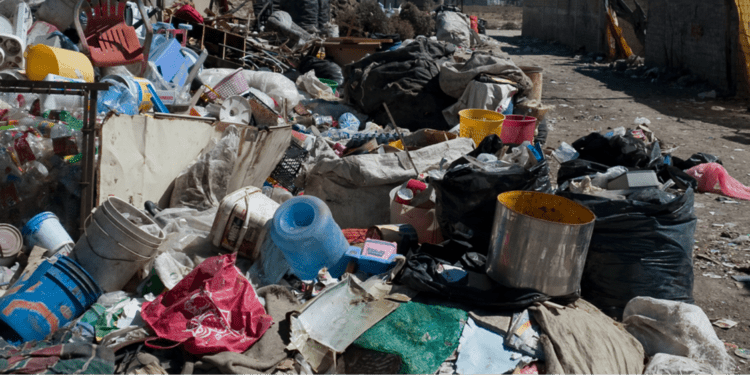 On my first trip to Mexico in the early 1970s, I rode the train from the border to Guadalajara. Whenever the train stopped, vendors sold food and drink to the passengers, who threw the wrappers, leftovers, and bottles onto the floor. The conductors periodically swept out the cars and pushed all of the garbage out the door onto the tracks, which were lined with litter along much of the route.

On a more recent trip to Mexico by car in the 1990s, the newest gas stations were part of convenience stores with groceries, prepared food and everything else that American convenience stores have except trash cans. I didn't see a single trash can in Mexico. Everybody just threw their trash, including disposable diapers, out their car windows. No wonder you can't drink the water.

A few years ago, I was following a slow car through an Hispanic neighborhood in Delray Beach, Florida. Suddenly, a large plastic garbage bag full of trash came flying out through the open sunroof. Maybe the sunroof is the Hispanic trash can.