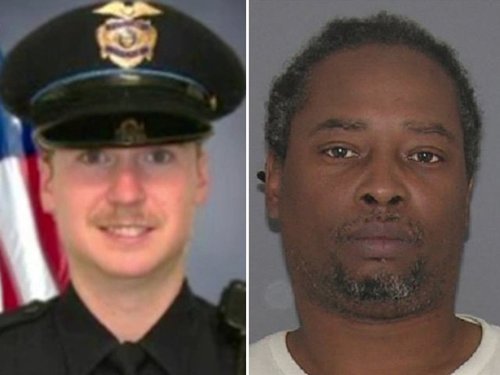 The case of Officer Ray Tensing of the University of Cincinnati Police, charged with murder and manslaughter in the July 19 death of black motorist Samuel DuBose, is yet another ominous sign that police are being told to stop enforcing the law against African-Americans. At a time of extreme tensions, it is going to endanger both police and the public.

DuBose was killed after what Republican [!] Hamilton County Prosecuting Attorney Joe Deters called “a chicken crap stop”—or what rational observers would call being pulled over for not driving with a front license plate [Watch: Body cam video released in Sam DuBose shooting, by Greg Noble and Jason Law, WCPO, July 30, 2015]. And DuBose’s actions show Officer Tensing was right to be suspicious.

Officer Tensing signaled for DuBose to pull over after noticing the lack of the license plate. But DuBose continued for a short time, instead of pulling over immediately. The cop told his dispatcher, “Slow to stop,” which means trouble. Backup was already on the way.

The black driver demanded to know why the officer had pulled him over. The cop explained. The officer asked the driver for his license, again and again, a total of eight times, plus a ninth time of asking: “Then why don’t you have your license on you?”

Instead of producing the license, DuBose demands answers as to why he was pulled over. Instead of a license, Tensing gets a gin bottle filled with a fragrance. [Gin bottle in police killing of Cincinnati driver was full of air freshener, By Doyle Murphy, NY Daily News, August 3, 2015 ]

Since DuBose ran the back plate, he already knows that the vehicle is registered to a female. The driver, Samuel DuBose, claims that the owner is his “wife,” but acts in such a suspicious and evasive manner, and tells so many lies that he lacks any credibility. The officer has to be suspecting, at this point, that the car is stolen.

Instead of complying with Tensing’s lawful (and politely expressed) orders, DuBose lies and evades.

Officer Tensing asks DuBose if his license had been suspended. DuBose denies this. However, partially as a result of the 75 [!] charges he had accumulated in his life, DuBose’s license had indeed been suspended—indefinitely [Unarmed Cincinnati Man Sam DuBose Shot By Campus Police After Traffic Stop, by Kyle Jaeger, ATTN, July 21, 2015].

Up to this point in the encounter, Tensing remains remarkably cool. However, when he asks DuBose to take his seat belt off, DuBose responds: “I ain’t even do nothing.” Tensing tries to open the driver’s side door, to have DuBose step out, but DuBose fights for control. He pulls the door back shut, and tries to drive away, with Officer Tensing’s left arm in the car, trying to stop DuBose from fleeing. Officer Tensing draws his service weapon, and fires while screaming “stop!” DuBose is killed, and Tensing breathlessly tells arriving officers DuBose was trying to run him over.

Why would he think this? Perhaps because in 2000, Cincinnati PD Officer Ken Crayon, an African-American, was dragged to death when he tried to stop a car driven by (of all things) a 12 year old boy by trying to grab the keys out of the ignition. The boy was shot in the encounter, later dying of his injuries [Cop Dragged to death, shoots boy, CBS, September 1, 2000]. In such situations, a car is a deadly weapon. (Courtney Mathis, the young man who killed Ken Crayon, was included in the Cincinnati Enquirer's Stories of 15 black men killed by police since 1995, By Dan Klepal and Cindi Andrews, April 15, 2001 —which list includes descriptions of the frequently horrible crimes they were committing at the time.)

Yet the effort at vilification began immediately. Hamilton County Prosecuting Attorney Joe Deters does not release the videotape until after convening a grand jury. The grand jury indicts Officer Tensing for murder and voluntary manslaughter, the lesser charge functioning as a backup plan for the jury.

“This is the most asinine act I've ever seen a police officer make. Totally unwarranted. It's an absolute tragedy in the year 2015 that anyone would behave in this manner.”

With a boldness that has defined his legal career, Deters then called for the university's Police Department to disband. Tensing, he said, “should never have been a police officer.”

When Durham County DA Mike Nifong used such language about the Duke Three, he was eventually disbarred for unethical behavior. Yet now such talk is all but normal.

The reality: Tensing had been a police officer for five years prior to the incident. The MSM’s desperate but unsuccessful attempt to find any misconduct on his part strongly suggests that his record was unblemished.

The Main Stream Media even went so far as to find a video that may feature Tensing in a 2014 traffic stop in which another black suspect refuses to obey lawful orders. Naturally, this was portrayed as being Tensing’s fault, though the video suggests otherwise [Officer Charged With DuBose Killing Appears to Be Seen in Heated 2014 Stop by Emmanuelle Saliba and Elisha Fieldstadt, NBC, August 1, 2015].

One day after Officer Tensing was indicted, UC’s Asian President Santa J. Ono [Email him] fired him. Officer Tensing immediately filed a grievance, with the support of his union, the Fraternal Order of Police, that Ono had violated the due process clause of the union’s contract, which requires an administrative hearing before an officer can be fired.

What’s worse, President Ono also forbade UC Police officers from patrolling off campus, where thousands of UC students live. This will result in countless violent crimes being perpetrated against those students that otherwise would have been prevented.

Current FOP President Kathy Harrell refused to comment on the Tensing-DuBose case to VDARE.com, because “union members are investigating” it.

However, when I mentioned Prosecutor Deters’s condemnation of both Officer Tensing, and the entire UCPD, she replied: “He’s got a lot of people in Hamilton County angry at him.”

Deters has since clarified he did not mean to attack police in general, though he clearly smeared not only Officer Tensing, but the entire University of Cincinnati Police Department. [Deters: Harsh words only for Ray Tensing, By Joe Deters, Cincinnati, August 3, 2015]

Bashing the police is popular in Cincinnati, a city revealed to be majority non-white for the first time in the 2010 census. In 2001, race riots erupted which were explained by the MSM as fueled by anger at white police having shot 15 suspects since 1995. The spark for that incident: the shooting of a black suspect by Officer Steven Roach—who was later cleared of all charges [Text of Roach Verdict, Cincinnati Business Courier, September 26, 2001]. Yet the city still had to pay out a settlement of $4.5 million to settle 16 separate suits against the police department [City settles 16 police suits for $4.5 million, by Gregory Korte and Dan Horn, Enquirer, May 22, 2003].

The hard reality why blacks have more encounters with police: they disproportionately commit more crime. And increasingly, we are being told that blacks should not have to suffer any consequences for such behavior.

This is bleeding over into what can only be called prosecutorial misconduct like that seen in Baltimore, where police are brought up on charges for openly political reasons. The MSM assists by willfully misinterpreting the facts of the case when there is a black “victim.”

Prosecutor Deters’s spokesman Griffon Callos did not respond to multiple messages I left on his voice mail, seeking comment. I wanted to ask Callos whom the car belonged to, whether it was stolen, and whether DuBose was married, as he had claimed. As with similar cases (Trayvon Martin, Walter Scott, Freddie Gray), the MSM and authorities have lost all interest in the alleged victim’s background and record.

Having watched it repeatedly, I cannot see what Prosecutor Deters claims to have seen.

But I can say Deters’s pandering to the MSM and anti-police blacks is going to led to more violence in The Queen City—including against the blacks he claims to be protecting.