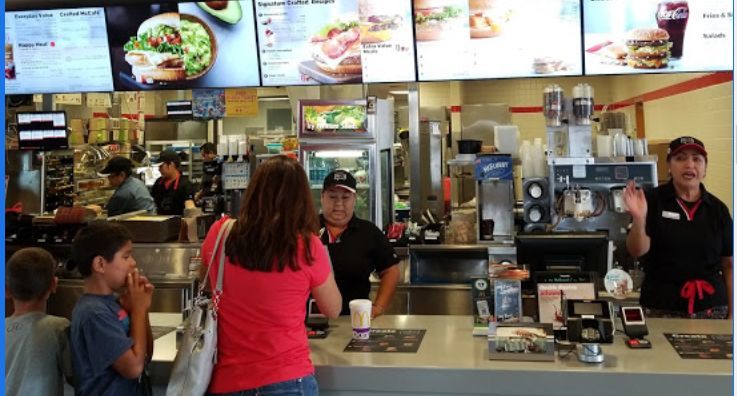 From: Andy in California [Email him]

San Diego McDonald's are busing workers from Mexico to work in their local "restaurants." I've seen it.

A white extended van is used to pick up the workers when they cross the border at San Ysidro and then shuttles them to various "restaurants" in the San Diego area.

The van seems to make at least three runs

The driver is a 45-year-old muscular female Hispanic wearing a McDonald's short-sleeved shirt with the McDonald's logo on the sleeve.

This seems to include the McDonald's on Marine Corps Air Station Miramar. (Certainly bringing possible Cartel members onto a US military installation may prove deleterious.)

It also includes the McDonald's on Miramar Road.

James Fulford writes: It's quite possible that what McDonald's is doing is legal, based on the H-2B visa program, which has actually increased under Trump. That doesn't make it any less bad for McDonald's to do this, just harder to stop. It doesn't make an American worker displaced by a Mexican worker feel any better that his job was taken by someone with a visa.