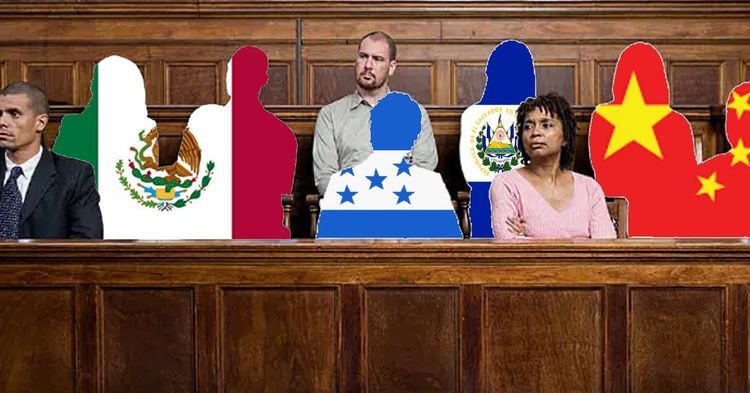 I just read the post from Anonymous Attorney regarding the prosecutor from Erie County, Pennsylvania who is attempting to sustain the conviction their office got against a drug dealer, despite having a non-citizen serving on the jury [A non-citizen served on an Erie County jury. Now what?, GoErie.com, November 30, 2019]. Anonymous Attorney seems to be concerned that this could set a bad precedent for non-citizens serving on juries. I cannot agree with him on that point.

I worked as a prosecutor for several years, and now work in private practice, where much of my focus is in the area of criminal defense. I have also done a fair amount of criminal appeal work. One of the most common arguments made by the State in criminal appeals is that any mistake made at the trial court level is "harmless error."

Basically, the State argues, and the appeal courts often accept, that the mistake was not severe enough to deny the defendant a fair trial. One of the common justifications for ruling in such a way is that the defendant faced such an overwhelmingly large amount of evidence at trial that any juror would have found him guilty.

This is very common in ineffective assistance of counsel cases, and why we occasionally hear stories about a how a conviction is sustained despite the defendant having a terrible attorney. I remember reading a case about a defendant having an attorney who was intoxicated during the trial, but still lost his appeal.

While I certainly understand and agree with the proposition that non-citizens should be disqualified from jury service, it needs to be understood that mistakes happen at trial. A defendant is not entitled to a perfect trial that is free from all error. If every case was thrown out because of an error that occurred during the trial, we would have a lot of criminals walking the streets. Prosecution would become futile, and we would all be a lot less safe.

So, in summation, even if this conviction is sustained, I would not worry about creating a precedent for non-citizen jury service. The case will just be another case further defining the "harmless error" doctrine under our common law system.