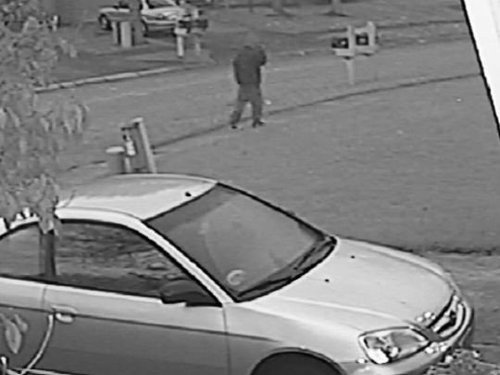 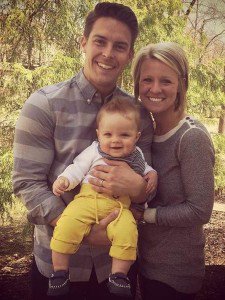 Amanda Blackburn (pictured right) was perhaps the ultimate example of someone that a civilized society is supposed to cherish and protect—the mother of a one-year old son, the wife of a pastor, and 12 weeks pregnant. But in the Indianapolis of 2015, Blackburn was murdered in her own home when her husband Davey was out for a morning workout. He returned to find his wife shot in the head (though his son was mercifully unharmed). And, rather than being besieged with tips from a grief-stricken community, Indianapolis police are being forced to beg for help from people more willing to protect the murderer of a woman whose White Life, apparently, Doesn’t Matter.

(Breaking news: no fewer than four “suspects” are being detained for questioning, but no arrests have been made. Curiously, the Indianapolis police have made contradictory statements about whether Blackburn was sexually assaulted [Four suspects being questioned in connection to death of Amanda Blackburn, ABC 6, November 19, 2015]).

In an oddly-defensive press conference after the murder, the leaders of Indianapolis’s police department (which has a black chief) were forced to acknowledge issues of “community trust,” recycle Martin Luther King Jr.’s quote that “injustice anywhere is a threat to justice everywhere,” and plead for a halt to the prejudice against “snitching” so that people with information about Amanda’s murder could come forward. A black “community advocate”, Rev. Charles Harrison, was brought forward to condemn the “code of silence in our streets.” And, even while insisting that police would eventually hunt down the killer, Sheriff John Layton (who is white) wearily confessed the fight against crime in Indianapolis is “not progressing well” [End ‘snitching,’ help find Blackburn’s killer, by Matt McKinney and Mike Pelton, RTV 6, November 16, 2015].

But why is the fight against crime in Indianapolis “not progressing well”? The explanation can be found in the extreme demographic change taking place in the city. The European-American population has dropped from 76 percent in 1990 to 58 percent today.

As often happens in these situations, some suspicion initially fell on the Pastor, but he has been cleared “100 percent” by the police [IN police say suspect in death of former SC pastor’s pregnant wife caught on camera, by Kim Kimzey, Fox Carolina, November 13, 2015].

Thus, police were left with a more common but politically awkward problem: a white woman (and unborn child) brutally murdered by suspect described as

a 5'4"-5'9" black male, medium-to-light brown complexion, slim-to-medium build. He was wearing light pants and a two-toned hoodie with a suede bottom and lighter-colored hood. Police say he had the hood pulled around his face.

Of course, some Main Stream Media outlets in Indianapolis went out of their way to suppress the racial dimension of the killing— even with a manhunt underway. The Indianapolis Star reported:

The man seen in the footage was described as being between 5 feet 4 inches and 5 feet 9 inches tall with a slim-to-medium build. He was wearing light-colored pants and a two-toned hoodie.

Indianapolis is now plagued with one of the highest homicide rates in the country, as its black population keeps detectives busy trying to solve murders and nonfatal shootings [Cycle of violence: Young lives cut short, by Tim Evans, IndyStar.com, September 28, 2013]. As you might expect, the virtually homicide/shooting-free white residents of Indianapolis are inevitably blamed for the black violence.

In Black-Run America (BRA), one of the primary rules governing discussions about race is that blacks lack agency and can never be blamed for their own actions. Therefore, the responsibility for black crime belongs to whites for not providing “more programs” and not “caring” enough:

[Vernell Miller] Her ZIP code, 46218, and the one where her grandson was shot, 46201, were Indy’s worst for gun homicides last year—and it’s no coincidence that the median household income in each is barely half the overall county median. “Do we need more jobs? Do we need more programs for youth?” she asks. “If it comes to your back door, you take up the cause. But if it’s just black kids killing each other, no one cares.”

Of course, it’s actually the murder of a white mother that the Indianapolis MSM is eager to move off the front page. And this isn’t the first time this sort of atrocity happened in this dying city.

Trappuzzano’s wife later give birth to his daughter, Cecelia. One can only imagine how many children this young Catholic couple would have had if Adams had not killed Trapuzzano. 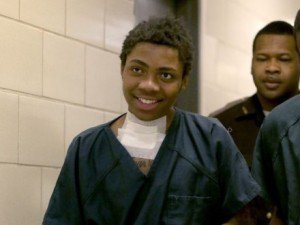 In an image that went viral on social media, Adams was captured laughing on his way to court for the initial hearing, showing no remorse [16-year-old murder suspect of father-to-be laughs his way into court, by Stephen Dean, Chance Walser, Jack Rinehart, The Indy Channel, April 10, 2014].

But this is the type of black individual President Obama wants to keep safe from discipline procedures in public schools.

Trapuzzano’s widow forgave his killer. However, as the Star noted, this was “an act of kindness that the 18 year old defendant has yet to ask for.”

And it had no effect on him. Indeed, when asked if he appreciated the catastrophic impact he had made on Trapuzzano’s family, he said no [Jennifer Trapuzzano on husband’s killer: ‘I forgive,” by Kristine Guerra, Indianapolis Star, July 25, 2015].

"I don't think justice has been served at all. Justice for someone like Simeon Adams would be for him to have done to him what he did to my son. To be shot, made to walk to the street in severe agony and pain, fall down on that street, blasting himself off the concrete injuring his face and other parts of his body"

As of yet, there is no report that Pastor Davey has forgiven the black individual who killed his pregnant wife and stole the future he and their unborn child would have had with her.

But one thing is clear from a casual look at these random two black-on-white homicides in Indianapolis: As long as our rulers continue to glorify the “rights” of black thugs and criminals (excuse me, “justice-involved youth”), attempting to rehabilitate them instead of exacting the type of justice that Cheryl Trapuzzano demanded, more and more whites will have the future stolen from them. More white families will be destroyed.

And as the casualties pile up, it will be increasingly hard to pretend that whites have any place in the new Indianapolis—except as victims.