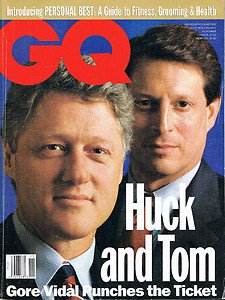 As recently as 1992, an earlier Clinton campaign put two white male Southerners in the White House, so it says a great deal about the modern Democratic Party that Hillary Clinton selecting a white male as her running mate is controversial. Latinos wanted Julian Castro or Tom Perez, blacks wanted Cory Booker or Deval Patrick, and feminists wanted Elizabeth Warren. Tim Kaine is not only a white male, but the Catholic son of a Scots-Irish welder—the background of a prototypical Trump voter. Perhaps the choice reflects, as the New York Times put it, the campaign’s concern “about its deficit with white men”. [Hillary Clinton Selects Tim Kaine, a Popular Senator From a Swing State, as Running Mate, by Amy Chozick, July 22, 2016]. But it won’t work.

Despite Kaine’s working class origins, his time at Harvard Law School and as a volunteer at a Jesuit mission in Honduras were obviously more formative. Further, his National Governors Association bio boasts he spent 17 years as a lawyer “specializing in fair housing law and representing clients discriminated against on the basis of race or disability” i.e. breaking up white blue collar communities and displacing white workers, especially males, with Affirmative Action quotas.

On immigration, the key issue driving Trump’s support among white males, Tim Kaine as a Senator has consistently sided with La Raza against the American worker. Significantly, he used to pretend to oppose mass immigration, but has abandoned any pretenses in recent years.

Kaine first came to my attention when he ran against GOP nominee Jerry Kilgore in the 2005 Virginia gubernatorial election. Though he lost, Kilgore was a canary in a coal mine—one of the first Republicans to vocally stand up against the Bush Amnesty/ Immigration Surge agenda. As Virginia’s attorney general he had bravely instructed public colleges to deny admission—not just in state tuition—to illegal aliens. [Va. Student Unsure of His Standing, by Amy Argetsinger, Washington Post, September 25, 2004]

During the campaign, Kilgore ran ads correctly accusing Kaine of favoring "taxpayer-funded job centers and supports in-state tuition discounts for illegals." And Kaine denied both claims. His campaign said he opposed in state tuition for illegal aliens, but only wanted an exception for “for tax-paying immigrants brought to the country by their parents and educated in the state's public schools, provided they were seeking to legalize their status.” Of course, in practice this would be almost all illegal alien college students. Kaine also said that he did not support day workers, but wanted to allow local communities to set their own policies. He also bragged of opposing driver’s licenses for illegals. [Ad Attacks Kaine on Immigrant Issues, by Chris L. Jenkins, Washington Post, October 25, 2005]

Needless to say, even though Kaine thus pretended not to support illegal immigration, the GOP and Main Stream Media Establishment used his victory to pretend that voters rejected immigration enforcement. (Historical curiosity:left-wing Wikileaks journalist Glenn Greenwald—who at the time was an immigration patriot—provided one of the best rebuttals to these claims: The GOP fights itself on Illegal Immigration, Unclaimed Territory, November 19, 2005).

But when Prince William County— under the leadership of now Virginia Trump Chairman Corey Stewart—passed legislation to tackle illegal immigration in 2007, Governor Kaine opposed it, saying immigration is “not a good issue to have a patchwork of a million different sets of regulations”—despite claiming to support a local community's’ right to set its own policies during the campaign.

However, Kaine still tried to sound tough, saying "It's outrageous that this issue keeps getting pushed off on cities and counties and states" because "the existing immigration laws don't work, won't enforce them, won't come up with a set of laws that they are willing to enforce." [Kaine rips federal immigration enforcement, Richmond Times Dispatch, September 25, 2007].

Also as governor, Kaine fought with then state Attorney General Bob McDonnell over implementing 287(g) policies to allow state law enforcement to cooperate with federal immigration policies. Again, Kaine posed as a tough guy in his opposition, claiming that the “Virginia State Police work with the Immigration Customs Enforcement agency every day to target gang activity and arrest and deport people who are not lawfully here” and bragging that the “Virginia Guard helps patrol the border between Arizona and Mexico.” However, he absurdly said that “287(g) agreements don't enhance enforcement of the immigration laws, but instead take State Police off the roads to do paperwork instead of fight crime” [Ask Gov. Kaine, Washington Post, January 16, 2008]

But by the time Kaine ran for Senate in 2012, he had openly embraced Amnesty. He called for “comprehensive immigration reform” and for the DREAM Act. Still, he gave lip service for "strong and secure border" and a policy that "protects American jobs" [Immigration, Kaine for Virginia, archived from October 4, 2012].

And since assuming office, Kaine has consistently sided against Americans on immigration policy. Numbers USA gives him a career F grade for his votes in favor of the Gang of 8 immigration bill, increasing refugee admissions, and in favor of Sanctuary Cities. 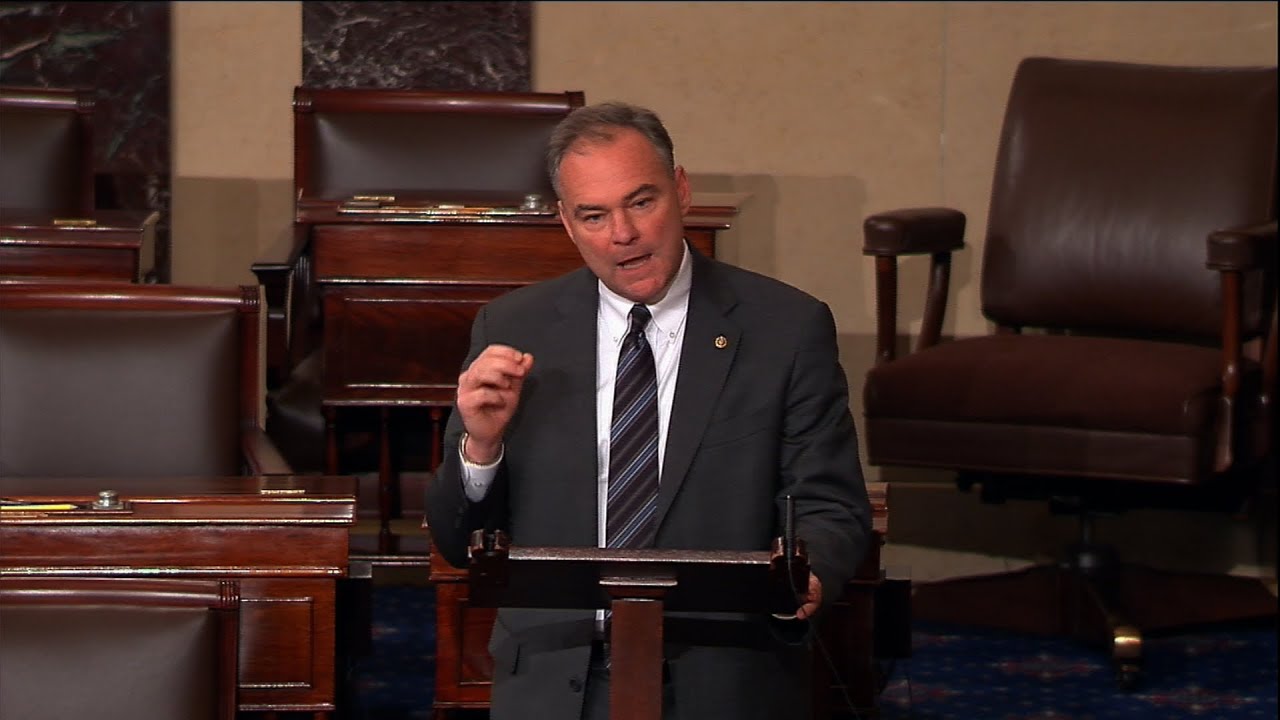 Beyond his bad votes, Kaine has the dishonorable distinction for delivering the first speech on the floor of the U.S. Senate entirely in Spanish—naturally in favor of the Gang of 8 Amnesty/Immigration Surge. Tim Kaine justified the language of the speech because “it is a language that has been spoken in this country since Spanish missionaries founded St. Augustine, Florida in 1565” and “Spanish is also spoken by almost 40 million Americans who have a lot at stake in the outcome of this debate.” [With A Speech In Spanish, Tim Kaine Makes Senate History, by Heyder Peralta, NPR, June 11, 2013].

In his acceptance speech, running for Vice President of the United States, Kaine did this again, greeting a “largely Hispanic audience” with Spanish phrases: “We're going to be 'compañeros de alma,' in this great 'lucha' ahead," he said, or "soul mates in this great fight ahead." [Clinton says veep pick Kaine is everything GOP ticket isn't, AP, July 23, 2016]

As VDARE.com has repeatedly argued—see “Canadian Bilingualism & Multiculturalism as it Relates to America" (Yawn!) by Editor Peter Brimelow—creeping bilingualism has dire Public Choice consequences for monolingual Americans—above all the white working class, who are the front line victims when employers start requiring Spanish-language proficiency. Not coincidentally, Donald Trump’s destruction of Jeb Bush in the primaries was materially advanced when he attacked Bush for campaigning in Spanish

While the Hispanic ethnic activists no doubt would have preferred one of their co-ethnics, the Amnesty lobby sees him as one of their own. Frank Sharry of America’s Voice praised Kaine as a “true champion for immigrants and an inclusive vision for America at a time when both are under threat”. [Senator Tim Kaine: Champion of Immigrants and Immigration Reform, July 22, 2016].

So long as Donald Trump continues the strong America First message he masterfully articulated in his acceptance speech at the Cleveland Convention, I can’t imagine that any white working class voters will be fooled into thinking that Kaine is one of them—even before he campaigns in Spanish.