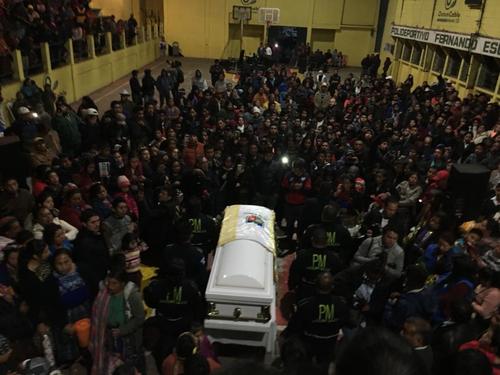 The Totally Avoidable Death Of Guatemala’s Claudia Gomez. With A Border Wall, She Would Still Be Alive 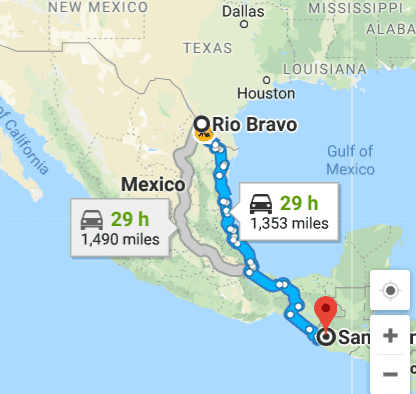 Guatemala’s shocking 4,409 homicides in 2017 gave it a higher rate than Mexico’s, 26.1 to 22.5 [2017 Homicide Rates In Latin America And The Caribbean, by Tristan Clavel, Insight Crime, Jan. 18, 2018]. Yet currently the most-publicized death—exciting not only the Guatemalan government but Leftist immigration activists everywhere—is that of Claudia Gomez, shot recently in Rio Bravo, Texas, 1,500 miles away from her home, by a Border Patrol agent after she entered the U.S. illegally.

On May 24, the Guatemalan foreign minister published a statement before the country’s diplomats even knew Gomez’ name:

Guatemala laments any act of violence and excess of force used by the Border Patrol, making a call for respect at all times for the rights of our fellow Guatemalans, whatever, their migratory status, especially their right to life. Guatemala expresses its rejection to any aggression and requests an exhaustive and impartial investigation that guarantees the respect to our fellow Guatemalans.[El Ministerio De Relaciones Exteriores Confirma Que La Persona Fallecida En Laredo, Texas, Es De Origen Guatemalteco, May 25, 2018]

Of course it’s sad that Claudia was killed, her immigration status regardless. No one should rejoice about it. I know I don’t.

But the way the Open Borders lobby and Guatemalan government are exploiting her death bears some scrutiny. Their goal: to make us feel guilty for supporting border security. The Leftist Nation magazine, for instance, published a piece that flat-out blamed U.S. Customs and Border Protection [Claudia Gómez González Wasn’t Killed by a Rogue Border Agent—She Was Killed by a Rogue Agency, by Daniel Altschuler and Natalia Aristizabal, May 29, 2018].

The real truth: If our border were secure, Claudia Gomez would be alive.

Yet the Gomez story also tells us how Latin Americans think about emigration to the U.S.—and why we cannot count on them to help us secure our border. We’ve got to do it ourselves. 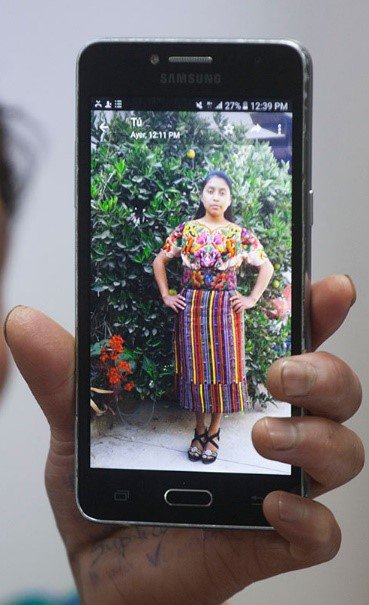 It’s obvious why Gomez is being used so cynically to erode Americans’ will to secure the border. She was just 19 years old, and of Guatemalan-Mayan extraction. She had a good reputation, and didn’t look like a tattooed Central American gangbanger. She looked innocent and harmless.

Many in her home town of San Juan Ostunalco, including her mother, speak the Mayan language called Mam. This community, like many others in the region, has a tradition of emigration to the U.S. Indeed, it’s now part of a local culture that connects it with the intercontinental network passing from Central America through Mexico to the U.S. and back again:

Gomez grew up in the village of San Juan Ostuncalco, surrounded by cinder block homes built with dollars sent home by relatives in the United States and a road the community had paved with a collection of remittances.

Guatemalans in the U.S. have sent scads of remittance dollars to San Juan Ostuncalco. Those dollars financed the construction of houses and even pavement. The community, which looks beautiful, is dependent upon that money.

And it’s not just San Juan Ostuncalco. It’s all Guatemala. The Leftist Guardian, quoting Guatemala City’s Prensa Libre, reports that “in 2017, Guatemalans living abroad sent home a record $8bn in remittances, accounting for 10% of the country’s GDP” ['Claudia Was A Good Girl. Why Did They Kill Her?' From A Guatemalan Village To Death In Texas, by Nina Lakhani in San Juan Ostuncalco and Tom Dart, June 2, 2018]. 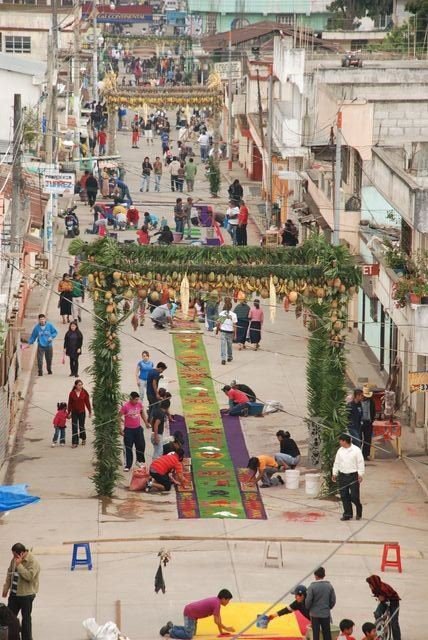 The local smuggling network is established enough to charge locals, according to Reuters (above)“more than $9,000 to get them across the border

Wow. That’s some real bank, as the youngsters today call it. Where do they get the money? “People often mortgage their farms to get the funds to go,” one of Gomez’ relatives told the wire service.

Reuters also told us how Guatemalans think about emigration to the United States.

Interviewed at their home, her parents said she had set off despite what they had heard about tougher policies toward illegal immigrants under U.S. President Donald Trump.

“Yes, you hear about it,” said Gilberto Gomez, Claudia’s father, when asked about Trump’s policies. “But sometimes you hear that a lot of people manage to make it through, so because of that, she thought of leaving.”

Gilberto ought to know. He was an illegal alien deported just last year [‘They killed my child’: Border Patrol Shooting Of Guatemalan Woman Stirs Protests, by Samantha Schmidt The Washington Post, May 29, 2018]. Jumping the border is a family tradition.

So Guatemalans, and other Central Americans and Mexicans, hear of enough successful crossings to think the odds might be favorable despite the risks.

That must change. We need to make illegal crossings on our border so rare that the word gets back: You can’t get through, don’t try. To paraphrase Bill Clinton, let’s make border crossing safe, legal and rare!

But back to Claudia. A local named Marta Martinez recorded the scene with her cell phone right after the shooting, but the video, posted on Facebook, isn’t too helpful, but has attracted 15. 9 K comments, with more appearing live as you watch it.

But the Border Patrol offered a different perspective:

The agency said in the updated statement that the agent, a 15-year veteran, was responding to a report of “illegal activity” around 12:30 p.m. (1:30 p.m. ET) Wednesday near a culvert in Rio Bravo when he encountered a group of people he suspected of being in the country illegally and “ordered them to get on the ground.”

“According to the agent, the group ignored his verbal commands and instead rushed him,” the statement said. “The agent discharged one round from his service-issued firearm, striking one member of the group.”

Rushing an agent is an imprudent thing to do.

And even assuming the agent in question overreacted, if we had control of our borders, this would not have happened.

Of course, NBC’s first report brought Trump into it:

The shooting comes as President Donald Trump has been ramping up his rhetoric about illegal immigration. In a speech last week in Washington, the president referred to some people who cross the border illegally as “animals.”

I guess it’s just too good for the MSM to pass up.

And yet, if NBC wanted to imply that Trump is responsible, its next two paragraphs contradict the implication:

Border Patrol agents were involved in 17 use-of-force cases with firearms in the fiscal year that ended Sept. 30, the last full year for which complete data are available, Customs and Border Protection reported. That was down from 26 during the same period the previous year and from a high of 55 in 2012, according to the agency's data.

So the year with the highest number of Border Patrol incidents was 2012, when Barack Hussein Obama was president.

Needless to say, the Guatemalan government, most notably its consulate in Del Rio, Texas, has been working this issue since the day of Gomez’ shooting.

Del Rio, Texas, by the way, is a border town. That Guatemala has a consulate there tells you something: A lot of Guatemalans pass through.

Another consulate is in McAllen, about 350 miles southeast. In fact, Guatemala has 19 consulates in the U.S.—more than the total worldwide, including the ten in Mexico.

We can expect more publicity in the Guatemalan and U.S. Spanish-language media (significantly, the Mexican media doesn’t seem interested). And we can draw several lessons:

Smugglers facilitate it, and even people in remote Central American areas communicate with their countrymen here, who update them rapidly on border developments.

Then countries like Guatemala would be forced to stop using emigration to the United States as a safety valve—and solve their own problems.