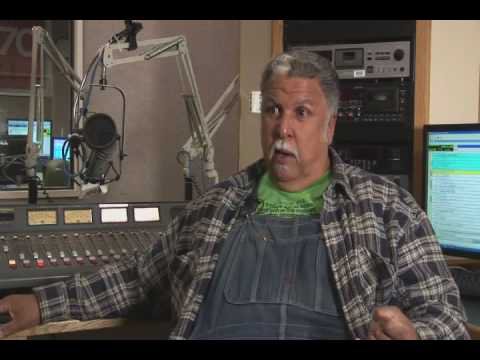 The “Southern Poverty Lie Center”—that’s what late, lamented VDARE.com friend and talk-radio host Terry (“the Prisoner of South-Central”) Anderson called it. Officially—and to the journalists—it’s the Southern Poverty Law Center (SPLC) founded and led by Morris Seligman Dees, Jr. But, in perhaps the SPLC’s worst-ever public relations crisis, the Respectable Right, and even some on the Left, are voicing disillusion. (There was even a critical twitter storm, #SPLCExposed, on Monday).

(Though of Scottish lineage and a Baptist, Dees’s obviously Jewish middle name—derived from the name of a merchant in Montgomery, AL whom Dees’s grandfather had admired—has been handy for fundraising mailers sent by his outfit to gullible Jews. This may have been what worked on my late father, who stubbornly donated to it for years and had its penny-ante “Certificate Of Merit” displayed on his wall, to my disgust.) 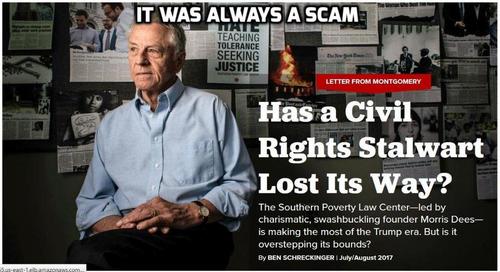 Here at VDARE.com, we call it the “$PLC,” as recognition that its nation-breaking agendas are also cover for its real concern: fund-raising and nest-feathering.

Informed critiques of the $PLC are becoming thick on the ground. Of course, as VDARE.com’s own James Fulford just pointed out, they too often accept the $PLC-propagated myth that it was ever a “Civil Rights Stalwart, as POLITICO headlined its critique. But they still inflict damage. Thus recently the Respectable Right Federalist’s Stella Morabito rattled off 12 Ways The Southern Poverty Law Center Is A Scam To Profit From Hate-Mongering [May 17, 2017], including:

And on March 19, 2017 the centrist Real Clear Politics posted The Hate Group That Incited the Middlebury Melee by Washington Bureau Chief Carl M. Cannon, referring to Charles Murray’s $PLC-provoked experience in February at Middlebury College, but noting frankly how far the $PLC has moved from “civil rights”:

But with the Ku Klux Klan literally out of business, how was the SPLC able to frighten people into still donating? That’s where the AEI’s Charles Murray reenters our story, along with many other mainstream conservative groups. Scaring the bejesus out of people requires new bogeymen, and lots of them. In recent years, you can find yourself on the SPLC’s “hate map” if you haven’t gotten fully aboard on gay marriage — or the Democratic Party’s immigration views. In other words, the Dees group classifies individuals and organizations as purveyors of “hate” for holding the same view on marriage espoused by Barack Obama and Hillary Clinton until mid-2012.

Over the years, there’ve also been some on the Left who’ve noticed the $PLC’s cynical antics. One example: King of the Hate Business: With haters on the wane, what will the hate-seekers do?, by Alexander Cockburn, in The Nation (of all places) on April 29, 2009.

Another: the letter from Atlanta civil-rights attorney Stephen Bright to dean of the University of Alabama Law School Kenneth Randall, politely declining a request that he speak at a law-school event honoring Morris Dees. Bright crisply summed up Dees as “a con man and fraud.” And the letter was cc'd to Dees—oh, to have been a fly on the wall in Dees’s office when he opened that envelope! [The Southern Poverty Business Model, by Ken Silverstein, Harper’s Magazine Blog, November 2, 2007] 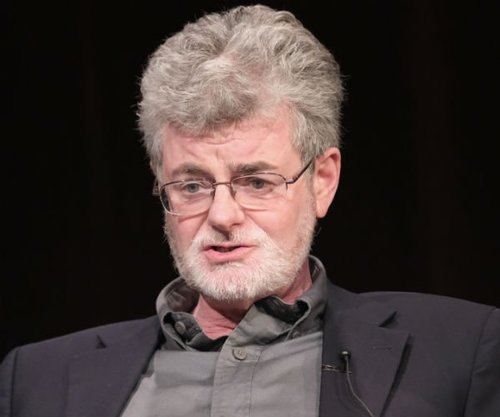 Today, eminences in the $PLC’s (anti-) hate directorate are the power pair of Mark Potok (right) and Heidi Beirich, with evident ambitions to expel hate from Earth, if not the Universe.

Articulate curmudgeon Fred Reed nailed them with his comment that “Liberals believe that we should all love one another, and hate those who don’t.” [Social Justice Warriors and Bubonic Plague: Is There a Difference?, FredOnEverything, March 30, 2017]

That the challenge facing $PLC’s dynamic duo might be daunting was suggested by Mark Steyn in a speech to the Federalist Society, recalling his tangles with “human-rights” officialdom/busybodies in several Canadian jurisdictions concerning items in his 2006 book America Alone: The End of the World As We Know It:

The British Columbia Human Rights Tribunal regards it as an entirely feasible project to eradicate quote “hate” from society, even though hate is a human emotion that has beat in the human heart for all eternity. [November 21, 2008; transcribed from the video by PN. Emphasis added]

Samuel Huntington made the same point more broadly in his 1997 The Clash of Civilizations and the Remaking of World Order:

[There] is the ubiquity of conflict. It is human to hate. For self-definition and motivation people need enemies: competitors in business, rivals in achievement, opponents in politics. They naturally distrust and see as threats those who are different and have the capability to harm them. [p. 130, Emphasis added.]

In other words, politics ain’t beanbag. It naturally generates strong emotions. The $PLC just seeks to pathologize one side.

How do the $PLC’s vigilantes against hatred and “haters” actually operate? A few years ago, I assembled some language regarding this that I’ve used in Letters-To-The-Editor, online comments, and the like:

The SPLC’s modus operandi is simplicity itself: Using its own criteria, which have a trigger level of essentially zero, SPLC names Person P a “racist.” Person P publishes an article in Journal X. Then if Person Q also publishes in Journal X, Person Q is a “racist” too. It’s an open-and-shut case of guilt by association.

In recent years, SPLC has been tarring as “hate groups” organizations advocating systematic enforcement of our immigration laws and reduced legal immigration — e.g., the Federation for American Immigration Reform [FAIR]. Poll after poll shows that huge majorities of Americans agree with FAIR, but the SPLC would put this vast swath of public policy, with its enormous implications for our national future, out of bounds for public discussion.

Meanwhile the SPLC shows no heartburn over MEChA (Spanish acronym for the Chicano Student Movement of Aztlan, with Aztlan the mythical ancestral home of the Aztecs), which has chapters at hundreds of American colleges and high schools nationwide. MEChA’s governing document, El Plan Espiritual de Aztlán, includes such ethnocentrisms as “We are a bronze people with a bronze culture.” And the group’s motto is “Por La Raza todo. Fuera de La Raza nada” (“For our Race, everything, outside our Race, nothing”). That’s apparently too brazen to attract SPLC’s attention as it sleuths everywhere for “white supremacists.”

Here’s an example, except that in this case it’s two organizations tied together by one writer, instead of the reverse. (Bonus: It involves VDARE.com!)

The writer is John Miano, a sporadic contributor here over the years; in fact, with his Ten Principles of Immigration, he won VDARE.com’s Fall 2001 contest for best advice to the president on immigration policy. John, whom I know slightly, is a computer programmer who quit that career to become a lawyer fighting the H-1B visa program that immiserates so many of America’s native-born technology workers. And, since 2008, he’s been a Fellow of the Center for Immigration Studies [CIS].

Well, were any of the 22 about the racial and/or ethnocultural issues that reflexively provoke Point-And-Splutter hysteria at the $PLC? Here, here, and here are the three that come closest, and they don’t come close—check them out for yourself. (And all three were posted at least a year after the “indictment” to be described next.)

Nevertheless, $PLC’s Ms. Beirich, as part of what she evidently thought was an open-and-shut indictment of the Center for Immigration Studies, wrote:

Some at CIS have also written for a nativist hate site, VDARE.com, which is named after Virginia Dare, said to be the first English child born in the New World. They include CIS Fellow John Miano and board member Carol Iannone. [The Nativist Lobby: Three Faces of Intolerance, January 31, 2009]

Clearly, what John Miano had actually written at VDARE.com wasn’t important. (The same is true for Carol Iannone; see her single contribution here at this link.) Indeed, there’s no hint that Beirich even glanced at any of those 22 pieces. Their sole significance for her “case” against CIS was their mere existence at VDARE.com—which Beirich labeled variously a “hate site,” a “hate website,” a “racist anti-immigration website,” in addition to a “nativist hate site.”

So our late friend Terry Anderson was perhaps a bit off when he dubbed $PLC the “Southern Poverty Lie Center.” It doesn’t necessarily lie, exactly. Instead it typically make a hullabaloo over facts and ideas that it instinctively dislike and then demonstrate an unwillingness—or perhaps inability—to think about them on their merits.