The New Census Projections: From White America to Alien Nation in One Lifetime 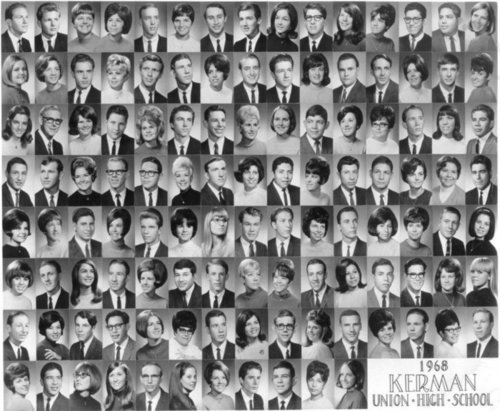 Only one issue should dominate the Republican Presidential primaries: the US Census Bureau’s recently-released projections showing that—entirely because of public policy in the shape of the disastrous 1965 Immigration Act and treasonous bipartisan collusion in subsequent illegal immigration—whites will be only about 43 percent of the US population by 2060. [New Census Bureau Report Analyzes U.S. Population Projections, March 03, 201]. When this happens, the United States of America as we have known it will have ceased to exist. But to see how far GOP/ GAP pols still are from grappling with this immense and imminent issue, watch the hapless hacks contending for the 2014 nomination in Virginia’s 10th Congressional District flounder when American Renaissance’s Jared Taylor raised it at a candidates meeting.

The projections are astonishing, but alert Americans have been hearing these reports routinely over the past two decades. The Main Stream Media usually reports it with barely concealed glee about how the historic American nation is being washed away.

Of course, while you are allowed to report this as a cause for celebration, no politician, religious leader, academic, celebrity, artist or Main Stream Media journalist can mention this as a bad thing or even a challenge without fear of losing his job. Critical analysis is limited to publications like American Renaissance and other dissident outlets like VDARE.com.

The demographic replacement of white Americans is known to every VDARE.com reader but it is worth going over the updated figures. In 2060, the racial breakdown of the US is projected to be as follows:

The change within my own lifetime is nothing short of revolutionary. I was born in 1969, just a few years after the 1965 Immigration Act opened our borders to the Third World. I was born into a United States that was nearly 90 percent white—perhaps the demographic high point of white America.

Longevity runs in my family and if I live to 2060 I will be 91. If these Census predictions are correct, the US will have gone from roughly 90% white to 43% white in the span of one lifetime.

This change is all around me in middle age. Class pictures from my elementary school in a middle class New England suburb show year after year of all-white schoolmates. Birthday parties, sporting activities, Cub Scouts and family gatherings were all-white affairs. Strangely enough, I am not scarred by this lack of diversity and remember my childhood fondly.

My son now goes to elementary school in an affluent northern Virginia suburb. Yet whites are a bare majority at his school. Reading the names from a second grade play a few weeks ago indicates that a majority of his class are Indian-surnamed.

The white America of my youth is fading—or, more accurately, being drowned. And this demographic decline seems to be going hand in hand with second class—or worse—status for whites. White privilege training, Social Justice Warrior (SJW) witch hunts, #blacklivesmatter rallies and a constant stream of anti-white invective, discrimination and double standards from every institution points to a dubious future for white Americans.

Each group in this new America (or perhaps post-America) faces a very different demographic future.

Only 35 percent of children born in 2060 will be white according to the latest projections. Moreover, whites are the only racial group that will decline in absolute numbers. Low white birth rates will be responsible for whites declining by over 8 percent—from 198 million to 182 million—by 2060.

These statistics are also misleading because groups such as Arabs and Middle Easterners are currently considered white by the US Census. Despite the supposed benefits of “white privilege,” these groups don’t want to be classified as white and are fighting to be assigned their own separate racial categories. If they achieve this, the white numbers will drop even further though they will also be more meaningful and accurate.

Contrary to some claims, blacks are not declining as a percentage of the population. They are projected to rise to 14.3 percent of the population by 2060—up from their current 13.2 percent. In overall numbers they will increase from 42 million to 60 million. Rising numbers of blacks means more violent crime, more racial conflict and more demand for racial preferences and government handouts.

However, as political power starts shifting to Hispanics, Asians and Arabs, these groups will be forced to confront the special problems created by American blacks. Will Hispanics, Asians, and Arabs pander to blacks like white elites? Or will black race activists face indifference or even contempt from groups that aren’t subject to white guilt?

The US is already the third most populous country in the world behind China and India. By 2060, the population will grow from 319 million to 417 million. Most of this growth will be due to immigration, including a projected 64 million legal immigrants allowed entry.

Environmental groups like the Sierra Club are notoriously and corruptly silent on immigration. But it is obvious that this massive population increase can lead to anything other than more sprawl, pollution and encroachment on natural habitats.

Demography is indeed destiny, which is why nearly all non-white nations have closed borders. Reading these numbers makes it easy to envy Japan, China, India, South Korea, Turkey, Algeria, Mexico and most other non-white countries. Whatever problems they have, their children and grandchildren will not be despised, dwindling minorities in their own lands.

What will the future hold for the historic American nation?

The philosopher Michael Levin once remarked at an American Renaissance conference that the year 2100 is more worrisome than 2050. Even after whites officially became a minority, he explained, they will still be the largest group and in charge of most institutions. But when the numbers start declining even further, all bets are off.

Yet there is still hope given current demographic realities. The Census figures are only predictions after all—and there is still time for an immigration cutoff.

Support for lower immigration remains strong and the issue is an electoral winner. Will some candidate pick it up for 2016? Or will politicians continue to run out the clock on the historic American nation?