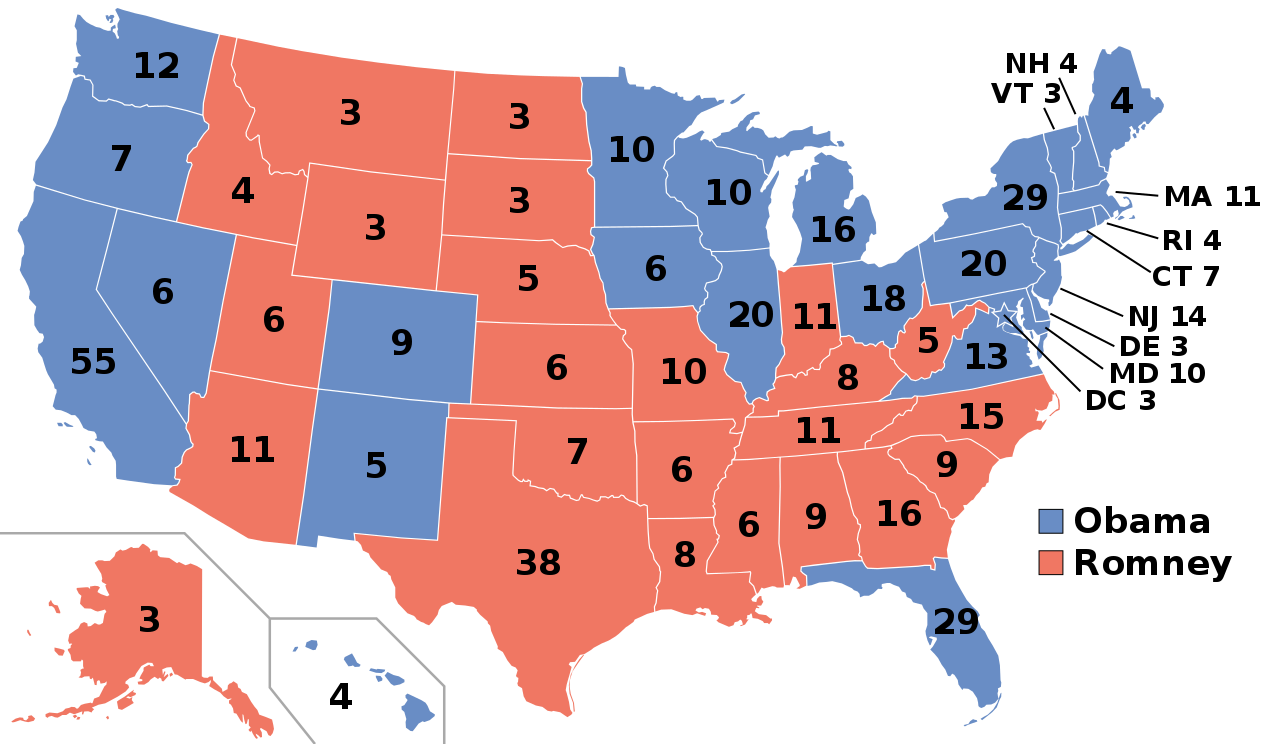 From Obama's Point Of View, The States Marked 3 Are Overrepresented, But California Gets Enough Noncitizen Electoral Votes To Cancel Out The Entire Northern Mountain West Region.

One of the earliest things I wrote for VDARE.com was a discussion of the paradoxical effect of mass immigration on electoral politics. Many representatives from California represent districts with few actual American voters. I quoted Fred’s Siegel’s 1997 book The Future Once Happened Here:

Most Latino pols in L.A. are classic ethnic operatives—with a twist.  What's different is most represent “rotten boroughs,” districts where, because of recent immigration and the youth of the average Latino, the percentage of voters in the total population is tiny. This means that the real voting base is that small fraction of the population already eligible to vote and sometimes directly dependent on government employment programs.

“Rotten boroughs” was the term used for districts that sent members to the British House of Commons, before the Reform Act of 1833, despite having few or even no inhabitants. If you watched the Blackadder series, you heard Rowan Atkinson describe it as “constituency where the owner of the land corruptly controls both the voters and the MP. “ One rotten borough had a total of 3 houses and 7 voters.

I followed that up with Rotten Boroughs II: Immigration Threatens the Senate, Electoral College…, February 25, 2001.

That was about the late Christopher Hitchens complaining that the Constitution gave a minimum of two Senators to every state, no matter how small—or how white.

The whiteness of states like Montana and Wyoming was a specific concern for Hitchens. I quoted him saying

Owing in part to Article V of the Constitution, it is impossible to amend the provision that grants two senators to each state of the Union, regardless of population. Thus—in an arrangement aptly described by Daniel Lazare as one of “rotten boroughs”—unpopulous white and rural states such as Montana and Wyoming have the same representations as do vast and all-American [sic] and ethnically diverse states like New York and California. [Emphasis added]

By “all-American” Hitchens actually meant un-American—the problem is that the small states have too many regular Americans, and not, say Cambodians, Nigerians and Hmong. Daniel Lazare, the left-wing author that Hitchens was quoting, actually uses the phrase “lily-white” in his book America's Undeclared War: What's Killing Our Cities and How We Can Stop It.

President Obama is taking a swipe at the Founding Fathers, blaming his inability to move his agenda on the “disadvantage” of having each state represented equally in the Senate.

At a Democratic fundraiser in Chicago Thursday night, Mr. Obama told a small group of wealthy supporters that there are several hurdles to keeping Democrats in control of the Senate and recapturing the House. One of those problems, he said, is the apportionment of two Senate seats to each state regardless of population.

“Obviously, the nature of the Senate means that California has the same number of Senate seats as Wyoming. That puts us at a disadvantage,” Mr. Obama said.

The Founding Fathers decided in the “Great Compromise” in 1787 to apportion House seats based on population and give each state two seats in the Senate regardless of population. The solution was a compromise between large states and small states in a dispute that nearly dissolved the Constitutional Convention.

The president also blamed “demographics” for the inability of the Democratic Party to gain more power in Congress, saying Democrats “tend to congregate a little more densely” in cities such as New York and Chicago. He said it gives Republicans disproportional clout in Congress. [More]

Right! You'll notice that, while Obama is talking about disproportion, and demographics—the Democrats congregating "a little more closely" in the inner cities are mostly minorities—he's not making a specific complaint about whiteness, which is why I called it “coded”.

And, of course, he’s not at all concerned about the over-representation of Democrat congresspersons because non-citizens, mostly non-white, are counted for apportionment purposes.

The New York Times, calling for the abolition of the Electoral College in 2012, was specific in the racial aspects of its plan for a New America—in The Tarnish of the Electoral College,  November 15, 2012, it talked about how the College (which gives Wyoming three votes) was "born in appeasement to slave states ", and how Republicans should "Republicans should broaden their base beyond a shrinking proportion of white voters".

In 2001, I quoted a caller I'd heard on the Rush Limbaugh show to the effect that the Electoral College meant that the “heartland had a right to be heard.”

But somehow, I don't think either Obama or the New York Times agrees.

The Electoral College was devised to protect the interests of minority communities—in this case the several sections. But as the Left succeeds Electing A New People and moves into majority status, it will increasingly attack and destroy all such impediments to its absolute control.