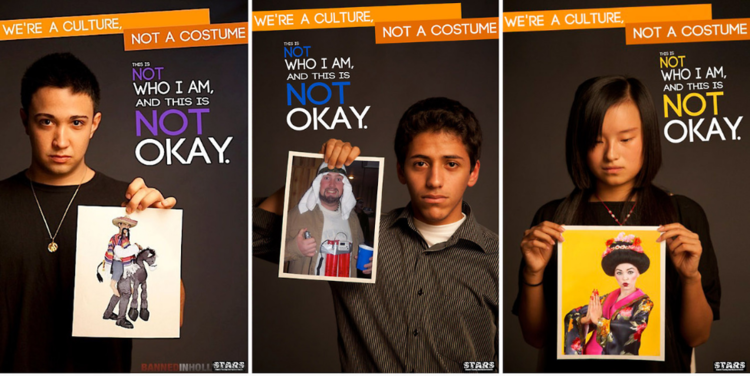 The Fulford File | Is There A War On Halloween—Or Just A War On Regular Americans? 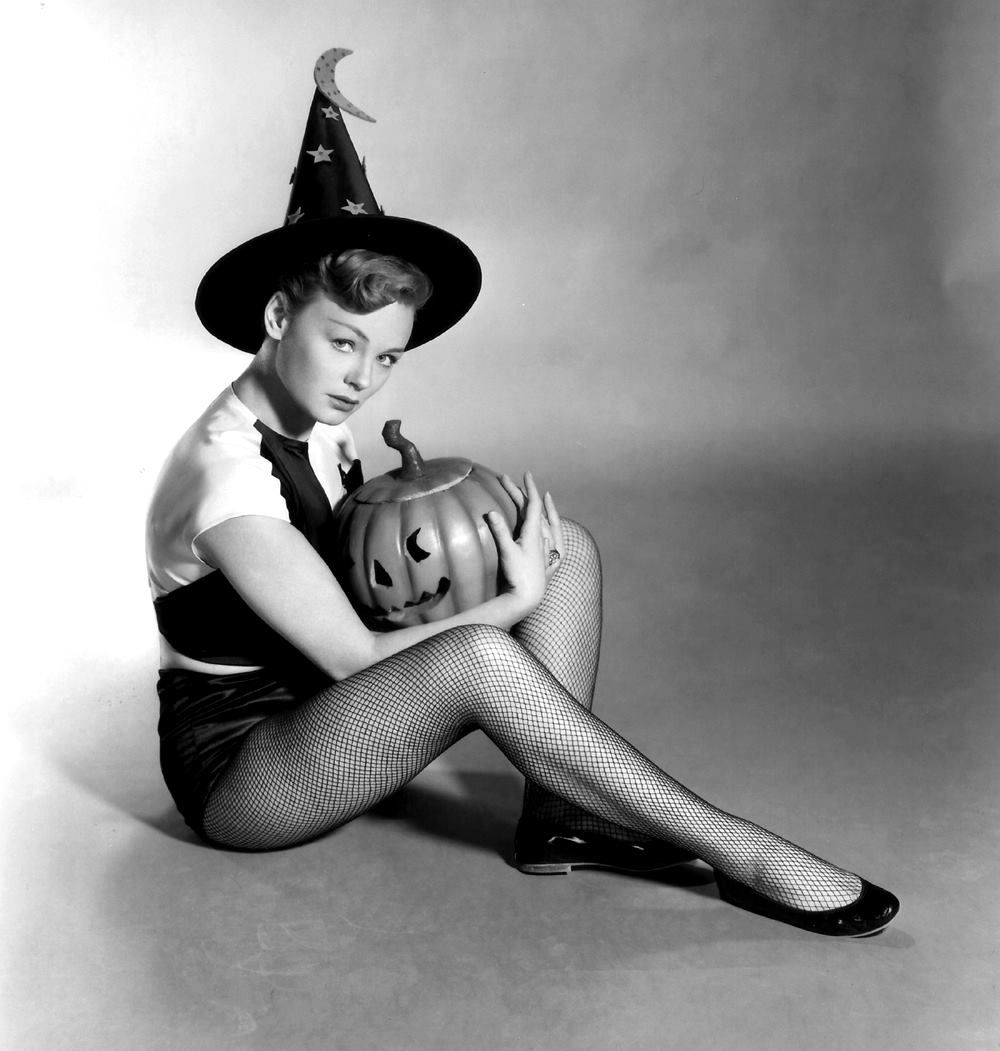 In the tweet below, from what I promise is a parody account, Thanksgiving and Halloween appear under false names, like Christmas appearing on a school calendar as “Winter Holiday.”

With all the talk of October 31st Dress Up Holiday, don't forget that Multicultural Family and Friend Feast is right around the corner.

It reminds us that the War On Thanksgiving is coming up soon, to followed by the War On Christmas, but, I hear you asking, is there a War On Halloween?

The answer, is “Not exactly”. The War On Christmas and the subsidiary War On Easter are attacks on America’s religious traditions. The War On Thanksgiving is an attack on American Patriotism, history from the enemy’s point of view. For example, stories like The Truth About Our Origins Will Set Us All Free, by Kevin Leecy, Indian Country Today, October 31, 2014. (See The Thanksgiving Of A Grateful Nation—And The Ingratitude Of A Few.)

Halloween, as celebrated in America, is a lighthearted children’s holiday, with costume parties for the grownups. (In which modern young women are wearing either delightfully or alarmingly immodest costumes—the picture at the head of this column is from 1958.)

Halloween is not in that much danger from the usual suspects—although evangelical Christians have long been skeptical of Halloween’s pagan origins. See There Really Is an Evangelical Christian War on Halloween, By Paul Constant, The Stranger, October 23, 2014.

The expression "There Really Is" refers to the fact that Constant, writing at a Seattle “alternative” paper, doesn’t believe there is such a thing as War on Christmas. This is another example of what Steve Sailer says about how liberals forget that that they’ve been running everything for years.

Trust me, if something is opposed by the Evangelical community, it’s fairly safe. Evangelicals don’t have any political power. The Evangelicals, by the way, are not entirely wrong to be worried. While neither trick-or-treating nor sexy nurse costumes are Satanism, such Satanism as actually exists gets really active around Halloween.

When some elementary schools in Florida did turn Halloween into a “fall holiday”, a Tallahassee parent said “''The witches and goblins of Halloween are no more believable than Santa Claus, the Easter Bunny or the Tooth Fairy. ... Are they going to ban those, too?'' [Halloween Ghouls and Goblins are Real for Some, AP, October 30, 1989]

The answer is yes, yes, and probably.

But the real attack on Halloween involves costumes, because any other culture is off limits—in 2011 I blogged about some “anti-racist” students at Ohio University who object to white people dressing up like them. For example, here's a poster (left) featuring an Arab, who, living in America, dresses like Americans, (jeans, polo shirt) but objects to Americans dressing up like Arabs (bedsheet, headdress) on the traditional American festival of Halloween.

There also similar posters from people who don't want you to dress as campesinos, geishas, or in blackface.

They're serious about blackface. If you wear that at a fraternity party, the Administration will still be having fits by next year's Halloween. In Canada, police have been called to investigate the reports that someone appeared in blackface at a costume party. See Canadian Police Investigate KKK Costume At Halloween Party, November 3, 2010.

The anti-racist students, Ohio University's Students Teaching About Racism in Society (STARS) had follow up campaigns in 2012 and 2013, but not this year.

The 2012 campaign included a token anti-white stereotype, someone costumed as “Banjo Boy” from the Dueling Banjos scene in Deliverance. Below, center: 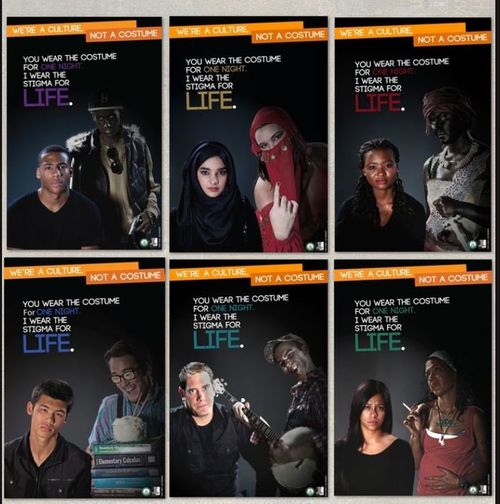 For more on this, see War on Halloween: Schools In Canada (and Beyond) Crack Down On “Offensive” Costumes, and Seattle School Ends Halloween to Please Students from Other Cultures.

This minority anti-costume thing is a smaller “War” than the War On Christmas—but it’s big enough to worry Wal-Mart.

I would like to dress as an imam on Halloween, but Walmart won’t let me. Nor can I come as Muhammad. The online selections also carry no Muslim costumes. What gives? Where is Walmart’s sense of humor?

When it comes to Jews, Walmart has a sense of humor: it sells rabbi costumes and one that features Moses. But Jews are not nearly as much fun as Catholics. Here is a list of Catholic Halloween costumes that can be purchased from Walmart: 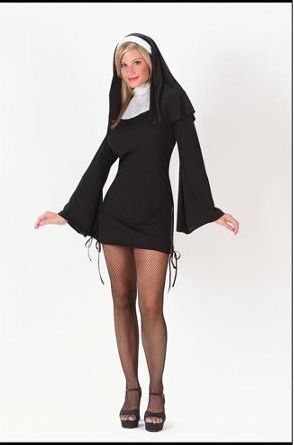 He suggested writing help@walmart.com to complain and followed up with this:

Bill Donohue comments on the way Walmart is responding to complaints about its Halloween wear:

“Fat Girl Costumes” sold by Walmart were the subject of a deep apology and a pledge to rid the store’s inventory of such demeaning garb. Yesterday, when Catholics who are on our news release list complained to Walmart about three offensive Catholic costumes—a Virgin Mary with blood dripping from her eyes, a nun outfit with a skeleton head, and a costume that mocks the confessional—they got a different response.

“We apologize if we offended you. Because we have multiple buyers of customers, we try to provide them with plenty of options. However, we have documented your concern in order to improve our inventory at Walmart.com and in stores.”

Here is what Walmart said about its “Fat Girl Costumes” earlier in the week: “This never should have been on our site. It is unacceptable, and we apologize. We are working to remove it as soon as possible and ensure this never happens again.”

But  Evangelicals or Catholics are part of the majority, mostly white, mostly employed, part of America's Core. Nobody's afraid of them.