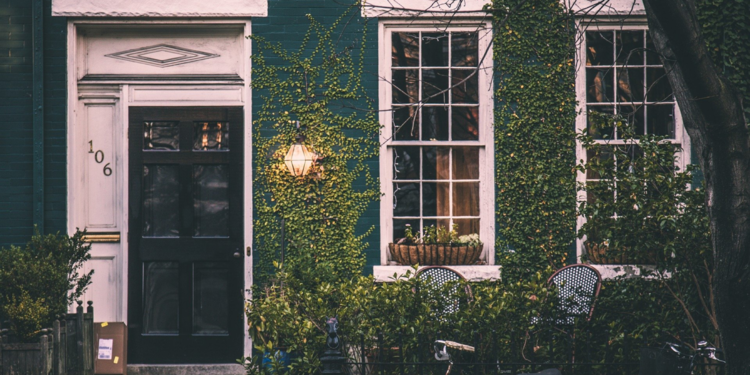 Diversity Vs. Halloween—Can Your Neighborhood Pass The Trick-Or-Treat Test?

It’s fitting that Ray Bradbury, the author of the acclaimed novel Fahrenheit 451, considered his most important work a children’s story. Called The Halloween Tree, Bradbury’s story is a glorification of Halloween and a journey through the origins and traditions of the festival he considers is the most important celebrated in America.

More importantly, his story is a celebration of an American nation that once existed. Just like the hopeless liberals from Prairie Home Companion on NPR who celebrate a culture that is actively being demographically overwhelmed, Bradbury’s story celebrates a people—and their unique traditions—who built the kind of communities that, as Harvard sociologist Robert Putnam laments, racial and religious diversity helps make extinct. 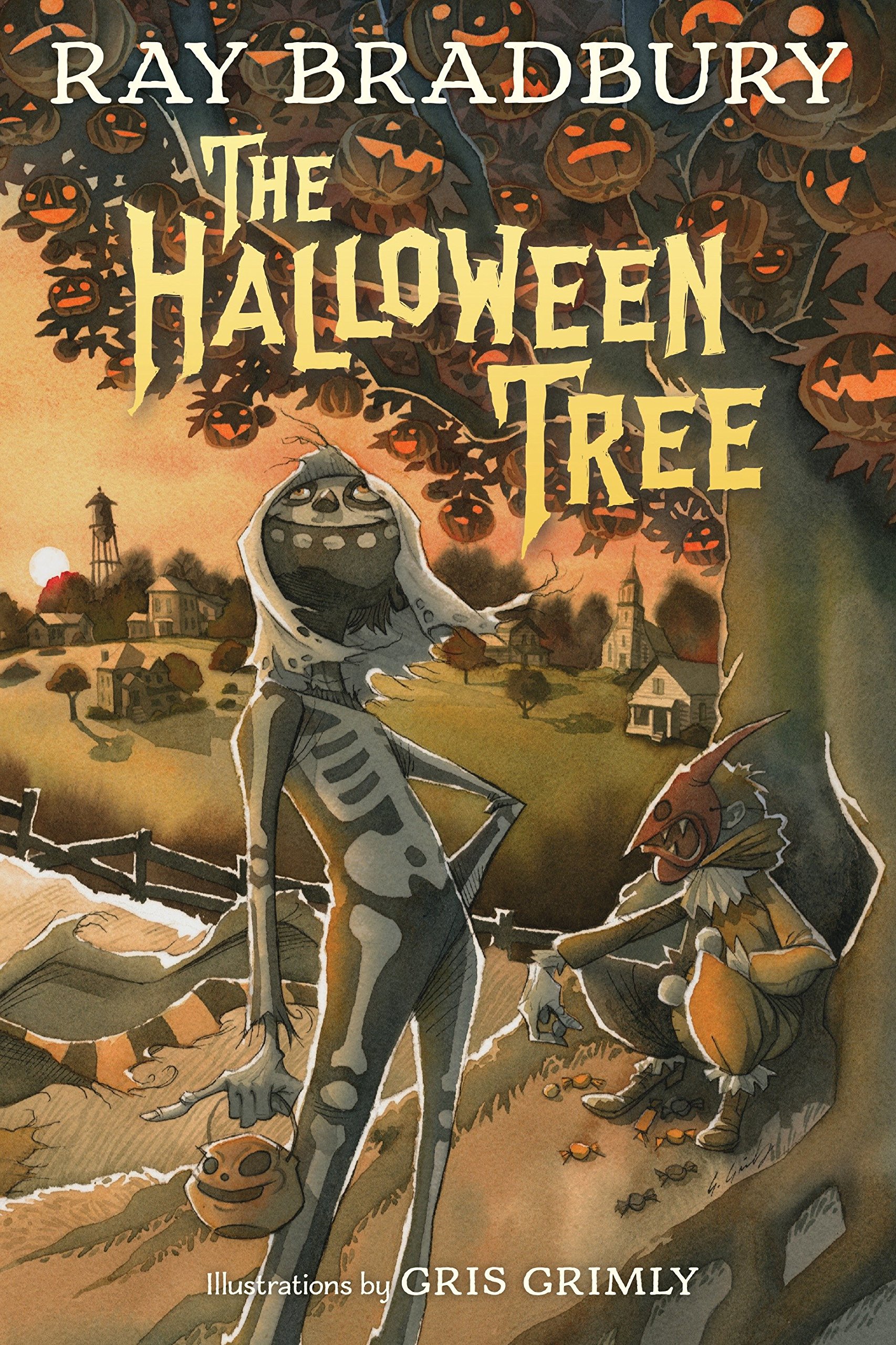 The opening lines of The Halloween Tree (it was made into a cartoon, (watch it here) narrated by Bradbury himself) are a celebration of the historic majority population of America:

“It was a small town by a small river and a small lake in a small northern part of a Midwest state. There wasn't so much wilderness around that you couldn't see the town. On the other hand, there wasn't so much town around that you couldn't see and feel and touch the wilderness. The town was full of fences to walk on and sidewalks to skate on and the muted cries and laughter of boys and girls full of costume dreams and pumpkin spirits, preparing for the greatest night of the year, better than Easter, better than Christmas—Halloween.”

The story celebrates Trick or Treating—that American tradition which now identifies whether or not you live in a safe community where parents feel comfortable sending their kids out into the night to collect candy from their neighbors.

Bradbury’s book was written to help young children understand the traditions and history of Halloween so that they could appreciate why they dressed up as hosts, mummies, skeletons, etc. Now, as so many communities across the nation have parents who bowl alone, having a book dedicated to extolling the virtues of Trick or Treating when the communities across America look radically different from when Bradbury wrote his book in 1972 seems like an anachronism.

How many parents live in cities where they don’t feel safe sending their kids out into the night to Trick or Treat? Well, if you are a Stuff White People Like white person living in a gentrified neighborhood in Washington DC, Atlanta, or New York, perhaps you throw exclusive parties for your children where just you and your other friends’ children (some toting Sandra Bullock-worthy accessories) gather to celebrate Halloween.

To test the true health, strength and vitality of your neighborhood (and by extension, city), ask yourself how many Trick or Treaters you get on Halloween? Are the streets full of young people dressed in fantasy costumes, walking from house to house asking for candy?

Remember, Trick or Treating is truly a celebration of community, and if the houses around you are adorned in Halloween decorations in anticipation of ghoulish revelers, you probably live in a city with an excellent school system (i.e. an almost all-white school system).

For as Putnam stated in his famous book Bowling Alone, diversity isn’t just a weakness, but a form of social cohesion suicide. As Pat Buchanan wrote in 2007

“After 30,000 interviews, Putnam concludes and reports, against his own progressive convictions, that ethnic and racial diversity can be devastating to communities and destructive of community values.

“The greater the diversity the greater the distrust, says Putnam. In racially and ethnically mixed communities, not only do people not trust strangers, they do not even trust their own kind. They withdraw into themselves, they support community activity less, they vote less.

"People living in ethnically diverse settings appear to 'hunker down,' that is, to pull in like a turtle," writes Putnam.

They tend to "withdraw even from close friends, to expect the worst from their community and its leaders, to volunteer less, give less to charity and work on community projects less often, to register to vote less, to agitate for social reform more but have less faith they can actually make a difference, and to huddle unhappily in front of the television."

It’s a shame that Putnam hasn’t looked at Trick or Treating as the ultimate embodiment of whether or not a neighborhood is safe or not; of whether or not a city is one that young parents should invest in purchasing a house. Having the trust in your neighbors that you can safely send your children out into the night to procure treats with minimal danger is a way to qualify the true value of your home and a way to gauge the type of relationships they will be able to make.

Your real estate agent can’t divulge any racial information and demographics on your neighbors, but if you want to buy a new home then you should just watch how Halloween unfolds in the town you are considering moving into. This is a great way to test Putnam’s findings on diversity.

Recently, the local Fox affiliate out of Milwaukee reported that city has the “dubious honor of being the most segregated in America.” Mind you, this is the same city where in August scores of black people pulled white people from their cars and beat them at the Wisconsin State Fair. It’s also one of the more dangerous cities with high levels of black crime, showing that the so-called “dubious honor” is more aptly titled “common sense residential patterns for safe living.”

“For some, the only real trick about Halloween is trying to keep it a treat for young children in bad neighborhoods.

This time of year in Milwaukee, I always think about thousands of kids who live in less-than-perfect areas of the city where drug dealing, gangbanging and handgun violence are common events.

In these neighborhoods, dressing up as a ghost or fireman and going house to house in search of candy isn't really feasible.

Adriane Griffin, program specialist at Northcott, said she understood the need to provide a safe trick-or-treat environment for children in the inner city.

"For some parents, they don't know if the house they're sending their children to is a dope house or not," she said.

"I know I wouldn't want my child just going up to some of these houses."

Griffin said some neighborhoods in the African-American community were in such high-crime areas that Halloween usually went unacknowledged.

"In some parts of the community, we just don't feel comfortable opening our doors anymore," Griffin said. "That's too bad."

I started to realize how different Halloween is for inner city kids in Milwaukee a few years ago after hearing from suburbanites who wanted to know why so many black kids were showing up at their doors asking for candy.

As it turned out, a local church had been giving kids rides out to the suburbs for years so they would be safe during trick-or-treating.”

Who knows? Soon the Federal government—already pros at busing students to create an acceptable racial balance in schools—might decide that Trick or Treating is a sign of disparate impact, since few, if any, all-black neighborhoods are safe for black children to go out at night in. (The same goes for Hispanic children. )

Those cities with high rates of volunteerism seem to provide a window into the areas where Halloween flourishes, which might explain why neighborhoods that are majority black send their kids into majority white neighborhoods to garner treats. Zillow.com, a popular real-estate Web site, took on the task of identifying the top 20 cities for Trick or Treating and came out with an interesting list:

“We theorized that homes in more expensive neighborhoods would give out bigger, better candy. However, wealthy neighborhoods are not always the best for harvesting the most Halloween candy. For parents and kids alike, the walkability and density of a neighborhood is key to covering the most ground, in the fastest time, to collect the most candy. Safety, of course, is also a primary concern for parents on Halloween, thus adding crime data to the Index was a no-brainer.”

Atlanta, Seattle, Portland, Denver, Washington DC, Chicago, Milwaukee, Phoenix and San Diego are on the list, though Zillow then breaks down the data further offering the top five neighborhoods to Trick or Treat in.

In every major city, gentrification is underway. SWPL whites have created enclaves that ward off undesirable elements from contaminating their sociological experiments. Zillow profiles the top neighborhoods in Atlanta to Trick or Treat and, trust us; these are some of the whitest areas in the city:

Top 5 Atlanta Neighborhoods to Trick-or-Treat in 2010

Odd that the Atlanta neighborhoods labeled the most dangerous in America recently aren’t environs profiled by Zillow as highly conducive locals for collecting candy.

The 2011 list of top cities to Trick or Treat in from Zillow has selected San Francisco as the top place for children to collect candy. But looking further at the data, the top candy neighborhoods are virtually all-white, with Presidio Heights leading the list.

Remember those Flickr Maps that showed how segregated American cities really are? According to Business Insider’s list of the Top 22 most segregated cities in America, nearly three-quarters ’s of Zillow’s best cities to Trick or Treat are those with a distinct and clear racial divide.

Breaking down the data, none of the top neighborhoods for Trick or Treating in Zillow’s Top 20 list are in areas of these cities that are majority non-white.he best places to Trick or Treat in America are in neighborhoods that still reflect the values, culture, and racial composition of the one that Ray Bradbury wrote about in The Halloween Tree.

To paraphrase Eugene Kane, with the demographic tsunami overwhelmingly the traditional American majority population (capsizing it by 2040), this is kind of scary for those who desire seeing the tradition of trick or treating—the hallmark of an actual vibrant, safe, and connected community—endure. If it can’t even transpire in majority black communities now, what hope does Trick or Treating have to continue when America continues to import another Third World population into its midst?

Who knows? “That small town, by a small river and a small lake” that Bradbury canonized in The Halloween Tree might, in 2025 America, be a hidden all-white town like the one in M. Night Shyamalan' s 2004 film The Village—the movie where white families erect a city to escape high rates of crime and violence so they can  live peacefully. Sounds like the suburbs of most major cities, doesn’t it?

In this type of town, the tradition of Halloween and the true test of strength for a community—trick or treating—can long endure.

Paul Kersey[Email him] is the author of the blog SBPDL, and has published the books SBPDL Year One, Hollywood in Blackface and Captain America and Whiteness: The Dilemma of the Superhero

. He works in political consulting and resides in Denver, Colorado.