The DREAMer Who Killed Two American Children, And The Complicit Bureaucrats Who Should Be Impeached

Treason isn’t committed by institutions—it’s committed by individuals. In this case, immigration bureaucrats Elizabeth Godfrey, Kenneth Hamilton, and Raphael Sanchez, among others, betrayed their country and their people by allowing an illegal alien who killed two American children to stay in the country.

Mexican illegal alien Cinthya Garcia-Cisneros killed two stepsisters, Anna Dieter-Eckerdt, 6, and Abigail Robinson, 11, by driving through a leaf pile where the girls were playing. What’s worse, Garcia-Cisneros failed to return to the scene after the accident and washed her car to hide evidence. 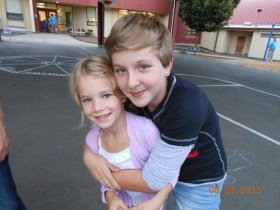 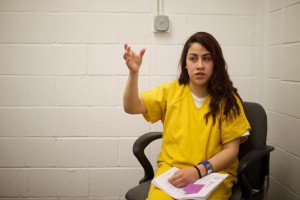 The judicial system essentially shrugged at Garcia-Cisnero’s crime, sentencing her to a slap on the wrist and probation.   [Cinthya Garcia-Cisneros Released From Jail, Can Get Work Permit and Social Security Number, by Luke Hammill, The Oregonian, August 19, 2014]

But there were no fewer than three immigration enforcement bureaucracies that could have deported her as an illegal alien guilty of a felony. All of the officials at these organizations failed the American people. 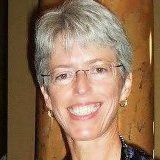 This location is a subordinate office to the location in Seattle, WA, managed at the moment by Either Godfrey or Hamilton could have used expedited removal to deport Garcia-Cisneros, as she is an alien with a felony conviction. This would not have required her appearance before an immigration judge. Alternatively, they could have simply re-arrested her for being in the country illegally.

Yet they both decided to allow this illegal alien killer to stay in the country.

How could this have happened? Garcia-Cisneros is one of those beneficiaries of Obama’s Deferred Action for Childhood Arrivals (DACA) program, the media-friendly effort to help “refugee children just looking for a better life.”

DACA offers amnesty for any illegal alien under the age of 31 who claims to have been brought to the United States as a minor. Needless to say, U.S. Citizenship and Immigration Services (USCIS), the agency administering the program, does not verify any of the information provided by the applicant. However, one of the most important guidelines for this program is that the applicant “[has] not been convicted of a felony, significant misdemeanor, or three or more other misdemeanors, and [does] not otherwise pose a threat to national security or public safety.”

So Garcia-Cisneros is doubly unqualified as she has both a felony conviction and is a threat to public safety.

Yet the immigration judge, whoever he or she is, allowed an “affirmative claim for defense.” [Cinthya Garcia-Cisneros Released From Jail, Can Get Work Permit and Social Security Number, By Luke Hammill, oregonian.com, August 19, 2014]

In contrast, Garcia-Cisneros is unlawfully present in the United States and is an alien convicted of a crime involving moral turpitude, which should prevent any adjustment to status. There’s no reason for her to have legal status. But the immigration judge essentially threw the law out the window.

It should be noted that despite the entire federal government ignoring its own laws to let her stay and having been publicly forgiven by the parents of the murdered children, the killer Garcia-Cisneros decided she will appeal her conviction. From Luke Hammill’s Oregonian.com report:

Garcia-Cisneros had been planning to appeal her criminal conviction. That process remains underway, Carter said. Her criminal attorney is Ethan Levi, who is on vacation this week and didn't immediately return a phone message.

Do we really need this woman in our country? Apparently, Barack Obama and his government think we do. And so does the rest of the US government bureaucracy.

But remember, this is not just impersonal institutions—specific people deliberately acted to make sure the killer Garcia-Cisneros could stay in the country. As with Afsaneh Ashley Tabaddor, Michael P. Baird, and Kevin Abar, these anti-American bureaucrats should be impeached.

And the only way the historic American nation can fight back is by impeaching the lot of them – including the Commander in Chief of the whole rotten bunch.