The Son Of Obama, And The Grandson Of Madelyn Dunham

Ever since President Obama said “If I had a son, he'd look like Trayvon,” some people  have been referring to any black teenage thug who makes the news as “a son of Obama”. (This is racist, of course, but what isn’t?)

I wonder, by the way, if Obama  himself knows about this. It’s the kind of thing people don’t want to tell their boss. Anyhow, the latest  “son of Obama”  to make the news—not major network news, of course, or the New York Times’ or the talk shows, all of whom covered Trayvon Martin’s failed attack on George Zimmerman—the latest son is called Javonte Higgins. 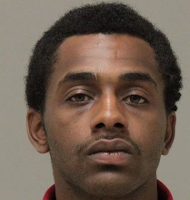 He’s a homicide suspect in the killings of David and Vivian Bouwman,  married for over fifty years, in a home invasion in Kentwood, Michigan. Aside from bloggers like Kathy Shaidle and Paul Kersey[David and Vivian Bouwman — 50 Years of Marriage Ended via Spontaneous Blackness] coverage, according to Google News, is limited to the Michigan area.

If Obama had white grandparents, they’d look like this couple. Oh, wait: He DID.

He did indeed. Abandoned by his African father, and left behind by his mother’s academic career, Barack Obama was raised by Madelyn and Stanley Dunham from the age of ten in Honolulu.

Madelyn Dunham was the woman Obama denounced as racist because, according to him, she  was  “a woman who once confessed her fear of black men who passed by her on the street.”

In a post called Obama Throws His Own Living Grannie Under The BS Express, Steve Sailer explained that

“Well, no, according to Obama's 1995 book, it is not at all true that she "once confessed her fear of black men who passed by her on the street." Instead, she once confessed her fear of one aggressive black beggar who didn't pass by her but instead confronted her, demanded money, and then gave her— an intelligent, level-headed woman who had worked her way up to a mid-level corporate management position—good reason to believe he would have violently mugged her if her bus hadn't pulled up.

If this was some doofus politician like Bush or Biden who retold the story in a misleading fashion, you might view it as just their usual struggle with using the English language to get across what they really kind of, sort of mean. But Obama is so superb with words that it's perfectly reasonable to hold him accountable for choosing to slander his own living grandmother for his political advantage.”

But at least she survived.