The Brussels Bombing: Political Class Not Getting Message, Let’s Say It Again Louder: END MUSLIM (and other) IMMIGRATION! 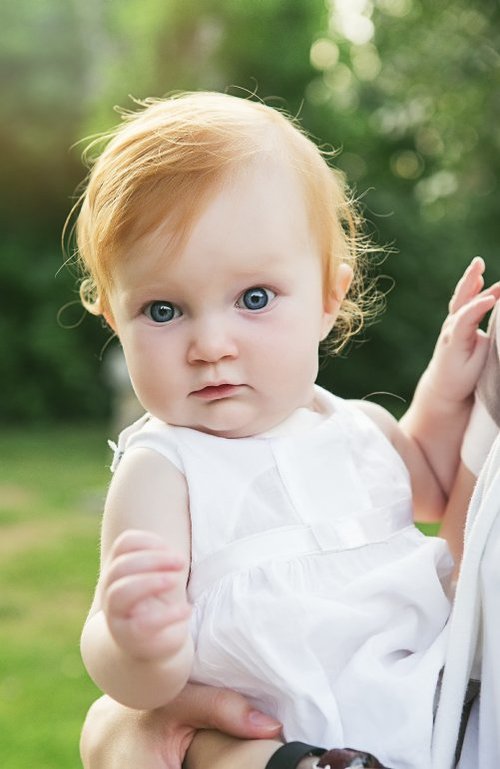 VDARE.com Editor Peter Brimelow writes: Lydia and I nearly missed our redeye back East from San Diego last night, along with our two good little girls and one flight-phobic Baby Dragon (right) because of the immense security line. Did the TSA know something? It didn’t know enough to find the bottles—of medication, but it could have been gasoline—that we had forgotten in the diaper bag. We were also interested to note that one TSA agent was wearing a hijab.

The March 22 Brussels bombings are (apart from anything else) a disaster for the TSA, and for American travelers, in ways that don’t seem to have attracted much comment. It has always seemed to me that terrorists could cause just as much chaos by hitting airport crowds outside of the security screen as they could by actually getting on the plane. Now this has happened.  Rep, Janice Hahn (D.-CA), no doubt familiar with Israeli practice, has actually called for the TSA security perimeter to be expanded [LAPD steps up deployment, patrols in wake of Brussels attacks, by Jeffrey Thomas DeSocio, FoxLA.com, March 22, 2016]. But the Israelis are allowed to racially profile. Does Hahn want Americans to go through a second hour-long line? My helpful prediction: next, terrorists are just going to shoot their way past the (unarmed) TSA agents and set fire to fueled-up aircraft.

The only way to reduce the terrorist threat (apart from an armed citizenry): reduce the number of potential terrorists—as the Israelis have already done with their border fence. Yet the Main Stream Media has reacted with its usual blatantly-coordinated horror to Donald Trump’s entirely sensible call for a temporary moratorium on Muslim immigration e.g. After Brussels attack, don't be stupid: Our view| To defeat ISIL, enlist Muslims, don't smear 1.6 billion people, by The Editorial Board, USA Today, March 22, 2016:

Americans believe that this nation’s tradition of religious tolerance, and its history of integrating waves of immigrants into a vast cultural melting pot, makes the U.S. a different and safer place [than Belgium], and they’re largely right.

But a spate of xenophobic rhetoric threatens to undermine that advantage. The most prominent practitioner, Republican presidential front-runner Donald Trump, was all over TV on Tuesday, peddling his usual venom against Muslims — unwittingly helping ISIL and other extremists sell their own claim that the U.S. and other Western countries hate Muslims and are united in a modern crusade against them.

It’s one thing to note — correctly — that the attackers in Brussels, Paris and elsewhere have all been radical Muslims…But it's quite another thing to smear the world's 1.6 billion Muslims with the implication that they’re so dangerous, they must be treated with suspicion and can’t be allowed into the country.

And it’s important to note that unassimilable Muslims are different only in degree, not in kind, from the other unassimilable Third World immigrants allowed into America by the disaster of the 1965 Immigration Act and the simultaneous elite decision to stop resisting the illegal influx.

For example, VDARE.com just published a much-read Today’s Letter from a Mexican-American reader saying her “grandparents didn’t move here from Mexico and my father and uncles didn’t serve in the US Army so their descendants would end up living in Mexico again.”  On our FaceBook page, another Mexican-American commented: “Love this. Exactly how I feel. My ancestors didn't come to the US so their descendants would have to live in Mexico again.”

Right now, I’d say that no amount of facts or logic is going to get the Political Class—in the U.S. and throughout the First World—to change its mind on immigration. So I feel justified in reposting my thoughts after last December’s San Bernardino Muslim Massacre, with a few added links, and bold-faced to get the point through their thick heads. As Piers Morgan (!!!) just wrote in a remarkable piece: When it comes to terror, isn’t it time we started listening seriously to Trump? (Daily Mail, March 22, 2016) 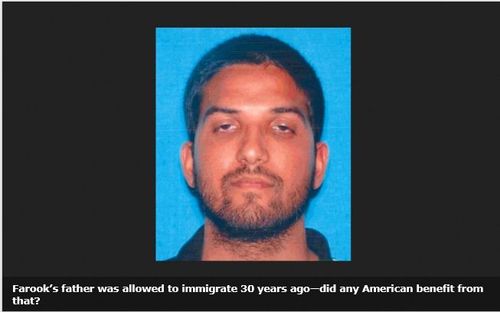