While homicidal, suicidal and genocidal jihadists are busy plotting the next soft-target terror attacks on the West, docile Westerners are busy shedding cartoon tears and doodling broken hearts on social media.

Residents of the besieged city—which recklessly opened its doors to mass Muslim immigration and criminalized the vocal dissent of those who've objected over past decade—meekly protested the Quran-inspired violence by leaving pastel-colored chalk messages pleading for "peace no war." 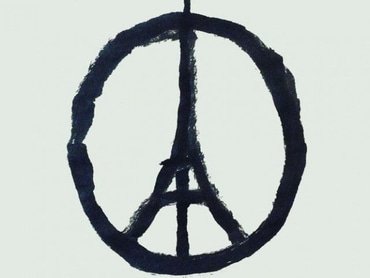 Echoing the "Je Suis Charlie" and "Je Suis Paris" rallying cries that followed the January 2015 Charlie Hebdo jihad attack and the November 2015 jihad massacres in Paris and Saint-Denis, tens of thousands of people spread the "JeSuisBruxelles" message with their thoughts, prayers and memes.

And, of course, there will be flags lowered and monuments lit up all over the world this week in the national colors of Belgium to show "solidarity" with Tuesday's victims of The Perpetrators Whose Religion Shall Not Be Named.

To borrow a useful phrase coined by British journalist James Bartholomew last year, we have reached the oversaturation point of post-terrorism "virtue signaling:" Hashtags, avatars and animated GIFs ad nauseam. These are the easy advertisements and maudlin displays of one's resolute opposition to an unidentified something that must be stopped somehow by unspoken means.

Virtue signals are "camouflage," Bartholomew explained. They are sincere-seeming shows of collective unity that disguise the millennial-age indulgence of publicly patting one's own back for supposed moral courage. "No one actually has to do anything," he opined. Virtue now "comes from mere words or even from silently held beliefs." 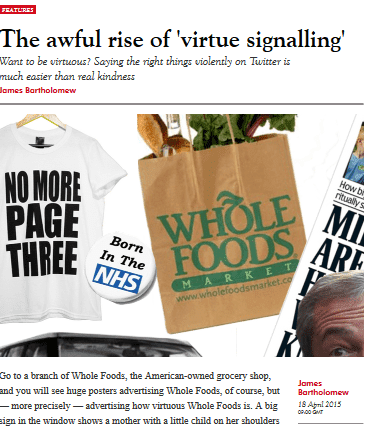 , outraged Americans all donned "Never forget" magnets and ribbons on our cars and lapels after 9/11. I was one of them. But after 15 years of hapless homeland security theater and bipartisan pandering to terror-coddling "Islamophobia" shriekers, I'm so, so sick of noble gesture paraphernalia.

I'm sick of preening celebrities who tell me to "PrayForTheWorld" and celebrate diversity while indiscriminate floods of Muslim refugees across Europe and America corrode the pillars of peace and freedom.

I'm sick of Silicon Valley moguls who pretend to champion free speech while muzzling the speech of those who use the Internet to criticize the very open door immigration policies that fertilized European and American soil for jihadists.

I'm sick of all the same old emasculated politicians who declare that "justice will be served," "this must end" and "we stand against terror," while refusing to take even the smallest baby steps to register and track Muslim refugees already here, stop new ones from coming in and tying up our overwhelmed immigration bureaucracy, and drain the jihad swamps inside our own borders.

We've had enough piles of memorial flowers. We've heard enough hollow lip service paid to resolve. Where is the world's active resistance to the sharia-imposing soldiers of Allah?

We need Tintin to wipe his nose, man up and remember Belgium's once proud history. When German invaders attempted what they thought would be an easy romp through the tiny neutral country in 1914 on their way to Paris, resistance fighters who were outnumbered 14 to 1 took a brave stand in defense of their sovereignty. Bracing for an onslaught, King Albert addressed his people:

"One single vision fills all minds: that of our independence endangered. One single duty imposes itself upon our wills: the duty of stubborn resistance. In these solemn circumstances two virtues are indispensable: a calm but unshaken courage, and the close union of all Belgians. ... It is the moment for action. ... [A] country which is defending itself conquers the respect of all; such a country does not perish!"

How far the West has fallen. Farewell, steeled wills. You've been replaced by an army of sad-faced emojis.