The Bad/Good Old Days—In Some Ways, MAD MEN Tells A Lot Of Truth. 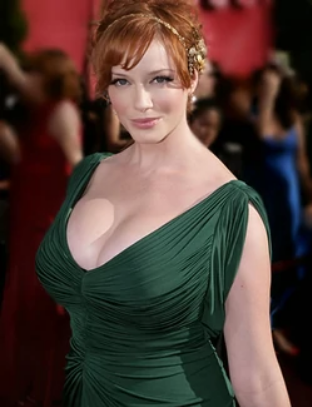 You have to hand it to the brains behind Mad Men. The creators of AMC’s highly rated television series about an advertising agency in the 1960s have committed a Kinsley Gaffe—defined as the accidental revelation of Politically Incorrect truth.

Example: An episode in Season 4, “The Suitcase,” treats as background material the second heavyweight title fight between Muhammad Ali and Sonny Liston in 1965, which Ali, of course, won. When lead character Don Draper asks his secretary, the aging Miss Blankenship, whether she will watch the fight, she answers: “If I wanted to see two Negroes fight, I'd throw a dollar bill out my window.”

Needless to say, the writers of the show intended to demonstrate the “casual racism” among whites back then, not reveal a truth about blacks; i.e., they are prone to violence, or about whites, many of whom lost interest in boxing after there stopped being white champions. Miss Blankenship unbosomed a Kinsley Gaffe.

While the alleged casual “racism” of the characters merely divulges the liberal biases of the program’s creators, they don’t likely know they are depicting a world that in many ways was better than the one we live in now. Or do they?

Mad Men is all white, all the time, probably a rather pleasant surprise for viewers weary of Hollywood’s annoying insistence on thrusting blacks, Asian and Hispanics into preposterous roles on nearly every television program. The program’s writers don’t create ridiculous black characters, putting them in positions such as doctors or lawyers that they typically did not attain back then. Such is the incredible whiteness of Mad Men that The Root, the Washington Post’s race-baiting web publication for angry blacks, has a “Mad Men Black People Counter.”

The only blacks one sees in Mad Men are in tangential roles that depict them in subservient jobs: elevator operators, waitresses and waiters, and, of course, household domestics who care for the homes and children of rising white executives. Back then, such was the only contact many whites had with blacks.

The only important interaction Draper has with a black person other than his house servant, Carla, is a conversation with a black busboy about the type of cigarettes the waiter smokes and why. Draper’s employer, Sterling-Cooper, is still the agency charged with peddling Lucky Strike cigarettes.(They later lose the account to the real agency that handled Luckies.)

Another episode features the advertising executives stumbling upon the knowledge that Admiral Televisions sell particularly well among blacks. Pete Campbell, a rising star in the agency, tries to engage an elevator operator, Hollis, in a discussion about the RCA television he purchased. Campbell asks Hollis why he purchased the brand, but gets nowhere. Hollis explains that “we’ve got bigger problems to worry about than TV.” Viewers know what those “bigger problems” are.

One character courts a black girl, but his colleagues think he does so only to prove how interesting and smugly liberal he is. The couple eventually squabbles over his reluctance to join her on a trip with the Freedom Riders to the benighted South. Later in the series, a British character, who appears headed for a divorce, dates a black girl who works at the Playboy Club. His irascible, old-fashioned father literally cracks him in the noggin with a cane and orders the errant son back to his family.

Another Kinsley gaffe: A black thug robs Roger Sterling, a partner in the firm, and his love interest, at gunpoint.

No search for the great white defendant there. And it serves as a reminder: All stereotypes are true.

Also missing from the program, besides black faces, are long sermons about Civil Rights. The “movement” simmers in the background, while the white characters, oblivious to it all, go about their daily routine. In a sense, that too depicts the reality that many white Americans did not anticipate the coming explosion.

When a young and obviously Jewish leftist, aptly named “Abe,” tries to persuade another main character, disaffected Catholic Peggy Olson, that she must support civil rights for blacks, she is unmoved. “Most of the things that Negroes can’t do, I can't do, and no one seems to care,” she says. Well, another Jewish leftist, the original Ugly Betty, took care of that.

One must wonder, by the way, how any sane person can look at the program’s sexually liberated women, contemplate what has happened since then, and think the sexual revolution was a good thing.

Anyhow, The Root is unhappy about Peggy’s attitude, observing that while Mad Men may be, as feminist historian Susan Coontz claimed in the Washington, “TV’s most feminist show,” it doesn’t do much for blacks: “Mad Men is all about progressive gender politics—as long as it comes wrapped in white skin.” [Mad at 'Mad Men', By: Salamishah Tillet, October 17, 2010]

But enough about blacks. Hispanics are noticeably missing. So are Asians—for the most part.

The most notable appearance of Asians is the arrival of a group from Honda, who are staging a competition among agencies to determine which one will fashion the company’s American advertising campaign.

By this time in the series, viewers know that one of the owners of the advertising agency, Roger Sterling, is a Navy veteran of the Pacific war. Viewers don’t know, until the Honda reps show up, that Sterling doesn’t much care for the Japs.

In an episode titled the “Chrysanthemum and the Sword,” Sterling breaks in on a meeting between the Honda contingent and his colleagues. He was supposed to have been at lunch elsewhere, a meeting set up to get him out of the office.

“I didn’t know this meeting was happening,” he says on entering the conference room “But then again I know how some people love surprises.”

After the obvious reference to Pearl Harbor, Campbell tells him the meeting is almost over. “I have to warn you,” Sterling replies, “they won’t know it’s over 'til you drop the big one … twice.”

When the Japanese executives mention the “terms” of the competition, Sterling says, “So now you’re dictating terms?” When they discuss “conditions,” he replies: “We don’t want any conditions. We want it to be unconditional.”

Told that the Japanese men are “guests,” Sterling ends the sarcasm and elevates to a tirade: “I know exactly who these men are. You think you can just come in here and we’ll fawn all over you. We beat you, and we’ll beat you again. And we don’t want any of your Jap crap! So, sayonara.”

In a post-meeting argument about his behavior, he explains himself: “I made a pledge to a lot of men you’ll never meet not to do business with them.” He explains to an upset young Campbell he cannot understand because he didn’t fight in the war.

But similarly most viewers watching the program won’t understand—because they know virtually nothing of the war or the atrocities Americans suffered at hands of the Japanese. In Mad Men, Campbell was clueless about the hell that the Pacific war was. He didn’t know what happened to Sterling’s comrades, such as the Marines on Tarawa, Peleliu or Iwo Jima.They include such men as Ralph Ignatowski, a Marine captive who died in a cave on Iwo. The Japanese butchered him alive. And let’s not forget the Bataan Death March and Okinawa.

Many of my generation can remember, as Japanese cars grew in popularity in the United States in the 1970s and 1980s, their fathers uttering a line like this: “I won’t buy a car from the people who bombed Pearl Harbor.”

Roger Sterling wouldn’t, and didn’t want to sell Japanese motorcycles either. Does that make him a “racist”?

The men of his generation didn’t care. “Since when is forgiveness a better quality than loyalty?” he explains of his rage.

Maybe if a few more Americans had been a little more loyal with trade policy and purchasing decisions, the American auto industry wouldn’t be wheezing on life support.

For all its smoking, drinking and adulterous sex, which seem a little overdone, Mad Men depicts the heady and halcyon years after World War II. White Americans had built, from virtually nothing, a war machine that leveled Germany and Japan, then created a manufacturing economy that bestrode the planet and a standard of living that was the envy of the world.

Bricklayers and plumbers could support a big family on one salary, even sending their kids to parochial schools. For most American kids, divorce was unheard of and Mom was at home. Almost everyone, black and white, went to church. And the vicious hatred and misplaced rage directed at the white men who largely created it all did not exist.

The irony is that, partly thanks to the mindless consumerism and leftist thinking that advertising agencies like Sterling Cooper planted in the American mind, the principals of such an agency would be reviled not because of their ideology, which is, at bottom, liberal, but because they are white.

Indeed, like all good liberals, they would likely revile themselves. That’s where the words from the actors come in.

Jon Hamm, who plays Draper, thinks the tea party is “racist,” wondering on Bill Maher’s “Real Time” about the oft-cited line that tea party Americans want to “take their country back.” From who? Hamm asks. It must be the blacks. Hamm isn’t so sure about the era he is helping depict, either. He likes painless dentistry and the Internet.

The character Hamm depicts, whatever his faults, doesn’t seem that shallow.

Vincent Kartheiser, who plays Pete Campbell, recently explained how lucky he is, that he has it “pretty easy.” Why? “I'm a white American.”

So what’s wrong with that? “White Americans” created almost every modern comfort and convenience we enjoy, and they just happen to pay most of the taxes the non-white Americans enjoy in the form of welfare, education and health subsidies.

Norman Lear, creator of All In The Family, understood that most Americans secretly agreed with its reactionary protagonist Archie Bunker. But he never understood, at least couldn’t imagine, why the “meathead” son-in-law’s leftist sermons would never change that.

Likewise, the minds behind Mad Men don’t probably think that many of us remember the times they have recreated, and wouldn’t mind going back, painless dentistry and the Internet be damned.