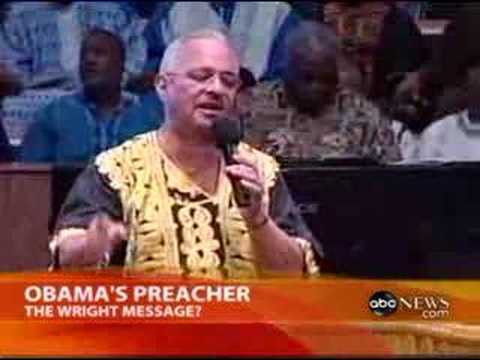 Reverend Wright And Hiroshima—How Many Lives Did Hiroshima Save?

One of the reasons the Reverend Jeremiah Wright was saying "God Damn America" is that America bombed Hiroshima and Nagasaki.

"We bombed Hiroshima, we bombed Nagasaki and we nuked far more than the thousands in New York and the Pentagon, and we never batted an eye. "

It seems that all the evils that Japan committed have been forgotten, so I suppose today's high school students don't know about the war in the Pacific at all, and all they know is that Japanese were interned in America, (for no reason,) and that America dropped atomic bombs on Japan, again for no reason, just "God Damned" American wickedness.

A number of people used to be aware that their own lives had been saved by the bombing of Hiroshima, including George Macdonald Fraser and Paul Fussell, author of Thank God For The Atom Bomb.

The bombing also saved millions of Japanese lives—if the fanatical warmongers of the Japanese high command had gone through with their plans for the defense of the Home Islands, it would have been a slaughter. But the most obvious beneficiaries of the bombing were the Westerners held as prisoners of war in Japanese prison camps—if Japan had not surrendered suddenly as a result of the shock of the atomic bomb, they would simply have been murdered. They were already almost at the point of death. One of my favorite stories about this is by Laurens Van Der Post, who found himself on a talk show one August 6, meaning to talk about the problems of Africa, when he found that the other guest on the show was a Japanese doctor who was recounting the horrors of Hiroshima, with no hint of historical context. Van Der Post, who spent three and a half years as a prisoner of the Japanese, insisted on providing some:

I began in Japanese, not only to reassure him but as the only means available to me of showing him how involved I felt with him and his people in what had happened that day. I went on in English to tell him my part of the story. The following is what I said to him.

I began by trying to describe to the Japanese doctor what life had been like in a Japanese prisoner of war camp, because he confessed that even after all this time he personally had taken no interest in the matter and had read no literature about it. [Emphasis added]I tried to keep my description as factual as possible, and to keep my own emotions out of it. I barely mentioned the physical brutalities we had experienced at the hands of our Japanese guards. I skimmed over the grimmest of my own experiences. For instance, I said little of how I had been made to watch Japanese soldiers having bayonet practice on live prisoners of war tied between bamboo posts; of how I had been taken to witness executions of persons of all races and nationalities for obscure reasons like "showing a spirit of willfulness" or not bowing with sufficient alacrity in the direction of the rising sun. I had never known there could be so many different ways of killing people—cutting off their heads with swords, bayonetting them in many variations, strangling them, burying them alive. But, significantly, never by just shooting them.[The American Enterprise: The Prisoners and the Bomb, Sir Laurens Van Der Post, October 1995]

You really should read the whole thing, but I emphasized that sentence about the Japanese doctor having never taken any interest about Japanese atrocities, or having read any literature about it. If you are an American, you can never escape the constant drumbeat of guilty liberals affirming America's guilt, but the Japanese, who did much worse things than America ever did, just don't do that.

Arthur T. Hadley said recently that those for whom the use of the A-bomb was "wrong" seem to be implying "that it would have been better to allow thousands on thousands of American and Japanese infantrymen to die in honest hand-to-hand combat on the beaches than to drop those two bombs." People holding such views, he notes, "do not come from the ranks of society that produce infantrymen or pilots."

Oddly enough, the Reverend Jeremiah Wright does come from the ranks of society that produce infantrymen—he was in both the Marines and the Navy in the 1960s, and probably knew personally many of the men whose lives had been saved by the bomb, but it seems that exposure to Black Liberation Theology and a generalized hatred of America trumps that kind of personal experience.