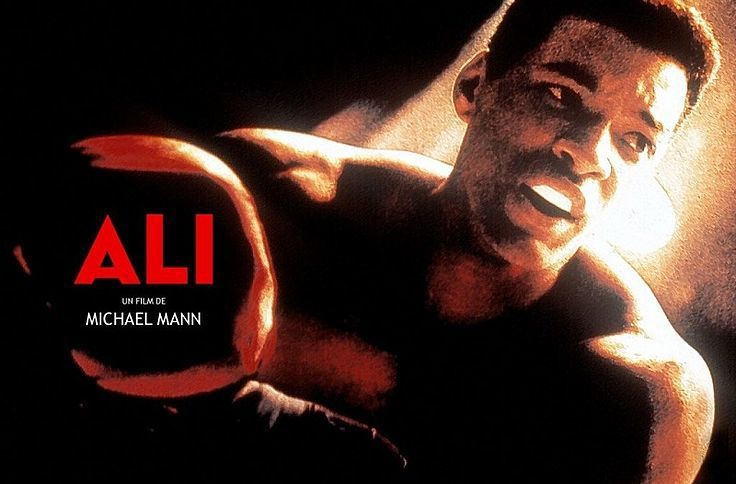 Ali: Trying To Separate The Man From The Myth

The new movie "Ali" opened this past weekend to mostly favorable reviews.

Starring Will Smith as Muhammad Ali, the movie version of the boxing hero's life promised to portray the man with all of his complexities.

But the question about films that deal with larger-than-life public figures is always the same: Are we being entertained or are we getting a true picture of the man?

Over the past two decades, Hollywood has given us dramatic portraits of Malcolm X, Mahatma Gandhi, Ike and Tina Turner, Jackson Pollock and Richard Nixon.

All of these movies were criticized for either deifying or demonizing their subjects and falsifying history in the process.

When a film's central figure is a sport icon, then our skepticism is even greater.

For those of us who followed Ali's career from the time he won a gold metal at the Rome Olympics in 1960 through his championship years and into his decline, seeing the movie for anything other than entertainment would be a mistake.

If you have added to your first-hand knowledge of Ali by watching the 1996 documentary "When We Were Kings" and reading the 1999 David Remnick biography "King of the World" then, to be honest, you know what there is to know about the champ.

Most analysts agree that Ali was the greatest fighter of them all. As boxing journalist Mark Kram wrote, Ali "had the speed of a welterweight and a pair of Rolls Royce engines for legs."

But opinions vary widely about Ali the man. Some think him a knight in shining armor.

"Ali" director Michael Mann regards Ali as one of the seminal figures of the era.

"The heroes, depending on how you thought, were Cesar Chavez, Che Guevara and Muhammad Ali," Mann said.

To Spike Lee, Ali was "a shining prince."

"He was like God. What cannot be underestimated is the effect he had on black America."

Others consider Ali a fool.

And many had mixed feelings about Ali.

Remnick, Ali's biographer, wrote: "Ali is an American myth who has come to mean many things to many people. He's a symbol of faith, a symbol of conviction and defiance, a symbol of beauty and skill and courage, a symbol of racial pride, of wit and love."

Kram, who covered Ali for a dozen years, believes that as a fighter he merits an exalted place in boxing history.

As for Ali's place in social history, Kram is less flattering. Ali possessed, Fram said, the "political insights of an infant."

"I liked Ali. I still like him. I just can't get over the bright light of manipulation that runs through his life," Kram added.

Kram's observation is worth special note: Is Ali, at this late stage of his life, being manipulated again?

Ali has a new Hollywood role that might be more significant than his advisory position on his own film.

Jack Valenti, president of the Motion Picture Association of America, has recruited Ali to be a pitchman to explain America and its war to the Muslim world.

Valenti, who oversees a group called Hollywood 9/11, thinks that Ali is the right man to carry the American message to the Middle East. Hollywood 9/11 wants Ali to convey to doubters that Muslims in America live a free life and practice their religion according to their own individual wishes.

And Ali is to impress upon Muslims that the U.S. war is not against Islam but against murderers who kill innocent people.

Ali has tentatively agreed to do a one-minute public service announcement to be broadcast over networks like Al Jazeera.

Others in Hollywood 9/11 have serious reservations about using Ali.

"Is he someone who is universally respected?" asked Victoria Riskin, president of the Writer's Guild of America West.

Riskin warned that with or without Ali's help, Hollywood 9/11 has a long, hard task ahead.

"This is a long process. It is not just something you put a Band-Aid on very quickly and you say that's it," Riskin said.

Just because Ali is instantly recognizable all over the world doesn't mean his opinions will be valued.

Time will tell if Ali and Hollywood 9/11 will have a serious impact of American-Middle Eastern relations.

The expectations seem more pie in the sky than any fantasy that has ever come out of Tinseltown.