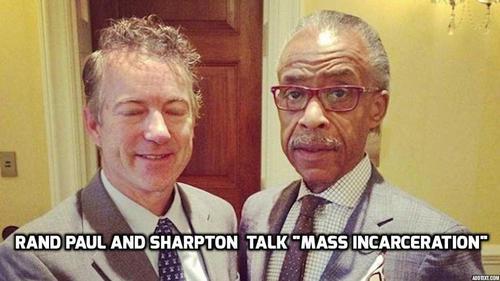 Reply to Paul Gottfried: Left-Libertarianism IS Down. And If It Helps Cultural Marxism Triumph, It Will Get Kicked As Well

See also: Paul Gottfried: Left Libertarianism May Be Dead, But It Won’t Lie Down 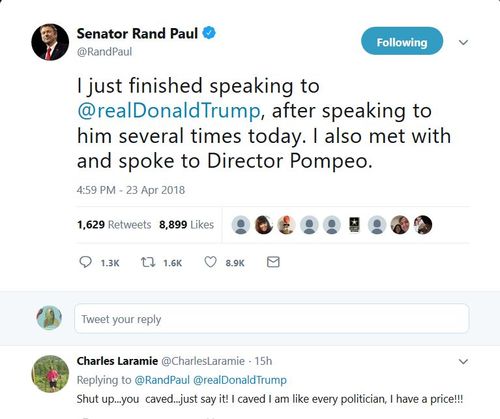 Mike Pompeo will be Secretary of State partly because Senator Rand Paul voted for his nomination after weeks of saying he would do no such thing. Paul tweeted that he’d received assurances Pompeo agrees with him that “Iraq was a mistake, that regime change has destabilized the region, and that we must end our involvement with Afghanistan,” but if the only Libertarian in the upper chamber cannot be counted on to vote “no” on the confirmation of a superhawk to an important cabinet position, what’s the point? The squishy Senator served as further confirmation of just how useless the Libertarian mainstream has become.

Which brings me to Dr. Paul Gottfried’s criticism of my recent article The Strange (Well, Actually, Absolutely Predictable) Death of Left-Libertarianism.

I have nothing but respect for Dr. Gottfried and his invaluable work, he is incorrect in his (rueful) claim that Establishment Libertarianism is doing just fine and has no interest in doing business with the likes of us Dissident Rightists. 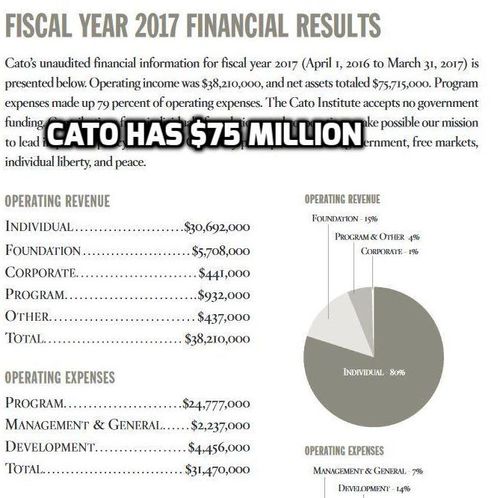 He points out that Left-Libertarianism need not fear for its future because it has quite a bit of money and because it has a toehold in Establishment discourse. While these two specific charges are true—Left-Libertarians certainly have deep pockets and do get to appear on FOX News now and again—this is not enough to keep their movement alive and well.

While money is not a guarantee of success. The Libertarian Cato Institute has 75 million dollars, yes; and the Libertarian Koch brothers have billions of dollars, yes. This means that Cato will not have to shut its doors any time soon, nor will any of the numerous Koch-funded organizations such as Americans for Prosperity or the Institute for Humane Studies.

But it does not mean that any of these organizations will make any kind of serious headway in terms of political goals. The same is true of Libertarians’ success in injecting themselves into the national political conversation. That sort of media status may be necessary for success, but it is not sufficient. It is nice to appear on FOX News and be linked to by RealClearPolitics.com, but does not necessarily mean your ranks will grow.

Granted, there are some Beltway Libertarians who are more than content with this status. Libertarian policy wonks are happy to know that they will have funding to do the research they want until the time comes to retire. Their white papers, regression tables, and essays are what they are interested in, not political success of any kind.

In a similar, but more malicious, vein, there are certainly some Libertarians in the Beltway who are content to simply raise money, host galas, and canoodle with mega-donors. They too are just interested in the art and application of apparatchik skills, not political or societal change. (Of course, these two types are present in every ideological camp in Washington, DC.)

Libertarians such as these are fine for the exact reasons Dr. Gottfried points out: they are not going to run out of money and they get their books reviewed in MSM publications.

But they are not the majority of Libertarians—Left or Right. The majority of Libertarians really want to take over the Capitol Building—and until recently, really believed they would. While Dr. Gottfried lived in the DC-area in the 1980s [Memories of Living in the ‘Deep State’, American Conservative, August 10, 2017]I was there in the 2010s, and let me assure any doubters that, until late 2015, the Libertarians there truly and unreservedly thought they were not only on the right side of history, but that the march of history was picking up its pace at lightning speed.

Recall that during those years at CPAC and similar events, Ron and Rand Paul would regularly win the straw polls. Even Leftists declared the Paul Dynasty the future of the GOP e.g. Will The Future GOP Be More Libertarian? By Ari Shapiro, NPR, April 9, 2013. It really was not so long ago that Rand Paul was considered a serious and viable contender for the Republican presidential nomination.

Nobody thinks that now. The difference between that optimism of 2008-2015, and today's political reality is why it is accurate to declare the death of Left-Libertarianism—regardless of the fact that Cato's talking heads still appear on Fox.

And why does any of this matter?

Because many Libertarians have deceived themselves into thinking it is not so, which further fuels their own (and America's) destruction. At present, much of what has been called "Libertarianism, Inc." is focusing on a handful of policy issues that are acceptable to our Leftist elite. Thus the Charles Koch Foundation and Reason magazine are focusing on "criminal justice" a.k.a. letting more blacks out of jail. Defending every variety of immigrant is also high on Libertarianism, Inc’s priority list, as is legalizing marijuana.

Under the Obama Administration, and on local levels in Blue states, Libertarians often see headway (from their perspective) on these issues. They may well see more headway the next time the Democrats take the White House.

But Libertarians themselves are not the ones bringing about these changes. California is not defying ICE out of some principled small-government States’ Rights stance. It's just that the political class that runs California hates the Trump Administration and adores non-white immigrants.

The same is true for nearly every issue that Libertarians have seen move their way in the last two decades: Leftist elites, for their own reasons, converge with Libertarian thought on some policy and push it forward; then Libertarians will declare it an ideological victory.

But when the Libertarian worldview does not coalesce with the interests and worldview of our Cultural Marxist, anti-white elite, the corresponding Libertarian policy goes nowhere.

The Left is, however, happy to use Libertarian resources to accomplish their goals, and in the interim, politely chat with them on Vox when they feel so inclined. (Two good examples: The case for open borders, by Dylan Matthews, Vox, December 15, 2014. And Why this economist thinks public education is mostly pointless, by Sean Illing, Vox, April 4, 2018.)

This should concern Libertarians because of the long term. Once drugs are legalized, Open Borders achieved, and "police reform" had, what will the Left do next? Once Libertarians and the Left finish doing all that they agree on, which of the two will find itself in a position of power over the other?

Which political faction will have benefited from decades of the rising tide of color in the U.S? Whose political party will have grown immensely from the increase of non-white immigrants?

I fear that it is only in this future, say, 2060 or so, that Libertarians will have realized their mistake. But then it will be too late. America will be a drug-addled Afro-Latino society, and its politics will follow: corruption, inflation, nationalization, etc.

Libertarianism and free markets are not welcome in places like that today—Central America, Haiti, Brazil—and they will not be welcome in the U.S. when it comes to resemble those places tomorrow.

So again, I submit: Left-Libertarianism is dead. And Libertarians should ask themselves what forces will take power if the Trumpian Right fails to Make America Great again.