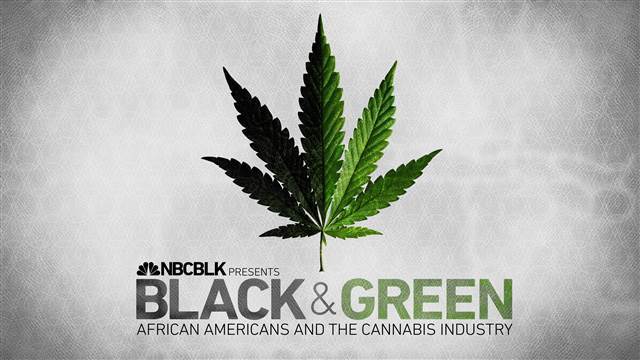 Above: You will be made to care

It's the perfect issue for student Social Justice Warriors (and students at heart).  The cannabis industry needs affirmative action!

As more states begin to legalize cannabis, there are more opportunities than ever to become a 'potrepreneur'—drug money is no longer dirty money. If getting rich by rolling up is no longer restricted to underground drug lords, why is it that the people who are disproportionately affected by the war on drugs are not the ones benefiting from the economics of legalization?[Six Reasons African Americans Aren't Breaking Into Cannabis Industry, by Tracy Jarrett, NBC News, April 19, 2015]

Reporter Tracy Jarrett's [Email her] six reasons all have cutesy titles, like "I've Got Grows... In Different Area Codes." We all know the Main Stream Media can't be bothered to cover the impact of mass immigration on American workers.  But luckily, it has time for the real issues —

This is the first of four parts of an NBCBLK series called 'Black & Green,' stories exploring different aspects of African American presence and lack thereof in the legal marijuana industry.

And this is a smart move on Jarrett's part.

All contemporary journalism requires is finding any industry, desirable location, or institution and coming up with elaborate reasons about why you end up with the same kind of racial hierarchy you get everywhere else.  End with a call to redistribute resources, pick up an award, call it a day.

Just don't actually look into it too much.  You don't want to end up like Razib Khan do you?