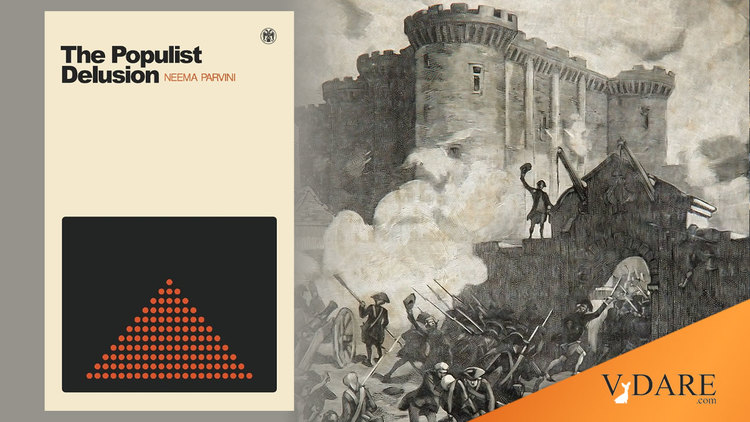 There are some people who cling to the belief that one day Leftist hegemony will collapse in the West simply because there is a negative association between fertility and liberalism. Such people seem to believe that the eventual result will be some kind of revolution from below, where the hungry Parisians will storm the modern-day Bastille and overthrow the new, Multiculturalist monarchy. The problem, as explained so convincingly in Neema Parvini’s new book The Populist Delusion, is that revolutions don’t work like this. Human beings are pack animals and they need to be led. But that doesn’t mean that the Multicultural Monarchs are safe. 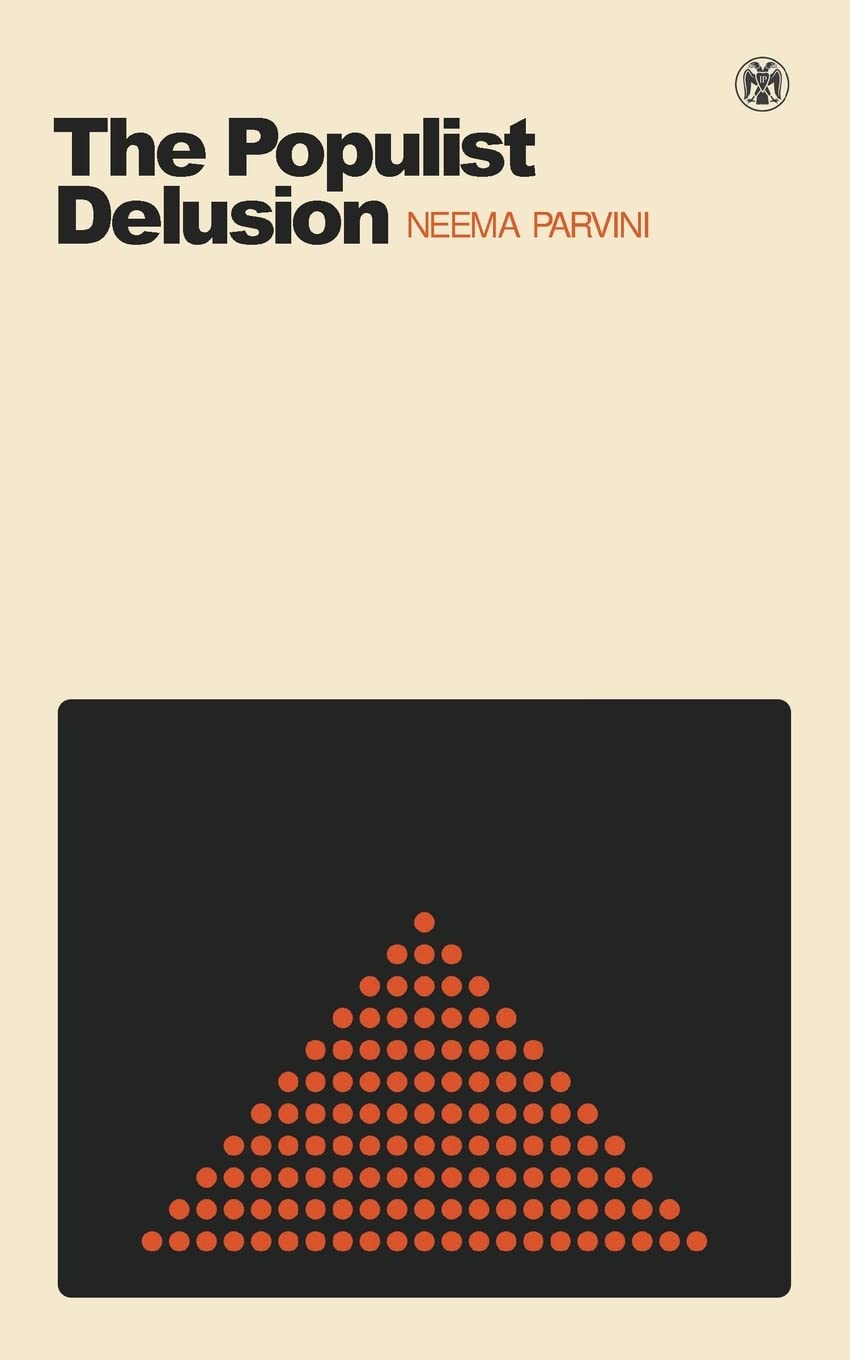 For this reason, revolutions come from the top and, in this narrow sense, culture is downstream of political power. Major cultural change occurs, in significant part, because of a change in the nature of the opinion of the elites, who then manipulate the conformist masses round to their point of view. Parvini observes, for example, the way in which most Americans were implacably opposed to racial integration, or how most British people supported the ending of immigration. The elites supported integration and mass immigration, however, so they went ahead. Thus, according to Parvini, Multiculturalism is only likely to fall when a significant portion of elite people become opposed to it, and his book sets out in depth why this is the case.

Parvini may well be part of this growing anti-liberal elite himself. Raised in Wales with an Iranian father, he was educated at London and Oxford, has a doctorate in English Literature, is an expert on Shakespeare and was Senior Lecturer in English Literature at the University of Surrey, just outside London, before starting his own educational business, the Academic Agency,  where he produces and sells his own courses. His previous works include Shakespeare’s Moral Compass and Shakespeare and Contemporary Theory. However, with his latest book we have a work which is of direct contemporary relevance.

Written in an engaging popular-academic style, The Populist Delusion takes us on a tour of the key thinkers who have explored the processes via which revolutions, and other significant social changes, take place. Italian political scientist Gaetano Mosca (1858-1941), for example, stressed the way in which people need to be led and in which they will always find themselves being led by an “organized minority.” The organized minority will always dominate the disorganized majority because its opponents will tend to be individuals, who can be easily picked off precisely because they are not organized. When this “organized minority” shrinks in size, then, ironically, it can become even more powerful, because the organization is easier to control and its internal dynamics will become stronger in order to defend against the rabble whom the elite wishes to control. Thus, serious political change will only occur when this “organized minority” is toppled by a different one—or realizes that it must adapt to maintain power.

In this way, Mosca comports with another Italian political thinker, Vilfredo Pareto (1848-1923), famous for the “Pareto Principle: that most consequences in politics derive from a very small number of causes. Pareto agreed with Mosca that politics will always tend towards oligarchy, simply by virtue of the high level of organization among the oligarchs. They will, thus, be able to drive through change even if it is opposed by the disorganized majority. To adopt Machiavelli’s terminology, as “lions” they can accomplish this through violence or as “foxes” they can achieve it through manipulation. As foxes, they will, of course, use their influence to change how the majority think and to render elections as meaningless as possible by ensuring that only candidates who broadly agree with them can realistically be elected.

That said, there will always be a “circulation of elites.” In “democratic” societies, for example, able people who are not born into the elite will be able to ascend into it and, sometimes, the elite will lose control. This occurred in the nineteenth and early twentieth centuries when the English nobility was displaced by the new industrialist class.

These kinds of changes can occur for many reasons: if the ruling elite is unable to properly adjust to or control a major new innovation; if a growing proportion of elite people reject the religion or set of ideas which sanctifies the ruling elite; if the elite  does not assimilate a certain element of able but non-elite people; if its rule comes under question and it cannot justify it; if the societal “myth” which holds people together and is preached by this elite as central to its claims to legitimacy is rejected; or if the elite becomes loath to employ brute force, for whatever reason, which makes it seem weak. In these circumstances a rival elite can topple the ruling elite. This is what took place during the French Revolution, albeit aided by the furious and hungry mob.

Interestingly, according to Parvini, most of these causes of elite circulation are currently met: the ruling elite has been unable to adapt to the effects of the internet on controlling people; there is increasing rejection of Multiculturalism as evidenced in political polarization; Leftist policies are failing to assimilate elite conservatives and especially elite conservative white males, who are being discriminated against in favor of minorities; there is growing skepticism of democracy; increased questioning of elite ideas; and the current crime surge would seem to imply that the ruling elite is not especially willing to use violence.

But, though there are nuanced differences between them all, they concur on a number of key points. Elites are held in power by an “Iron Law of Oligarchy.” They create an ideological super-structure to control people. All ideologies are ultimately reducible to means of obtaining and keeping power. They are there to control us and, as Sam Francis argues, if one religion is so thoroughly questioned that it collapses then the elite will have to develop another one, though there may be a period of elite circulation as this happens.

This new controlling religion is Multiculturalism and there was a rare, but predictable, period of intellectual freedom between the fall of Christianity and the rise of Multiculturalism.

Once in place, the ruling elite, with its New Religion, will manage the masses, and manufacture their consent. But if their religion—always subject to purity spiralling and becoming ever more fanatical—ends up in excluding too many elite people, in being too blatant or in forcing even generally compliant, cowardly people to do something that they really object to (such as giving up meat or their cars), then popular discontent will grow. The excluded elites will be able to capitalize on this.

According to Parvini’s insightful book, the scholarly literature on revolutions would seem to imply that this kind of change may now gradually be taking place.