If you’ve watched American Sniper or 13 Hours, you’ve seen it. 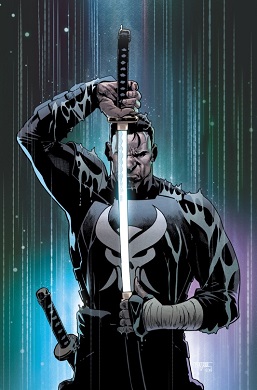 The iconic menacing skull of the Punisher (worn by former Marine Frank Castle) is now part of American culture. And the character has been the subject of three separate eponymous films, in 1989, 2004, and 2008. All were commercial failures, but all have become cult classics. And vigilante hero character Frank Castle was always resurrected and another white actor cast to wear the skull.

With Disney’s acquisition of Marvel properties such as The Avengers, it was time for the skull to be dusted off one more time and inserted into its extremely profitable cinematic universe [The Marvel Cinematic Universe Just Topped $12 Billion In Worldwide Box Office, by Rob Cain, Forbes, July 10, 2017],

In Netflix’s Marvel universe, the Punisher was introduced in Season Two of “Daredevil” and the character was given his own show. Jon Bernthal, cast as Castle/The Punisher, was quoted on the importance of the implicitly authoritarian character:

“It’s an iconic character who people care an enormous amount about,” Bernthal said. “People in law enforcement and the military — this is a character who resonates really strongly [to them]. That’s no-nonsense to me. I know a lot of people really want us to get this right, and all I can say is the people around me are really wonderful, and I’m just trying to keep up with them.”

As one Marine veteran described the importance of the character:

Marine Corps veteran Christopher Neff plans to taking the day off of work so he can binge it all. He says he owns thousands of dollars in Punisher comics and merchandise, has a Punisher tattoo, and even designed one of his wedding cakes to look like the character’s distinctive skull logo.

Neff goes out of his way to say he keeps his admiration for the character “safely in the realm of fantasy,” but as far as fantasies go, it’s a powerful one. “Frank Castle is the ultimate definition of Occam’s razor for the military,” he says. “Don’t worry about uniforms, inspections, or restrictive rules of engagement. Find the bad guys. Kill the bad guys. Protect the innocent. Any true warrior? That’s the dream.”

[Why Cops and Soldiers Love the Punisher, by Abraham Riesman, The Vulture, November 16, 2017] 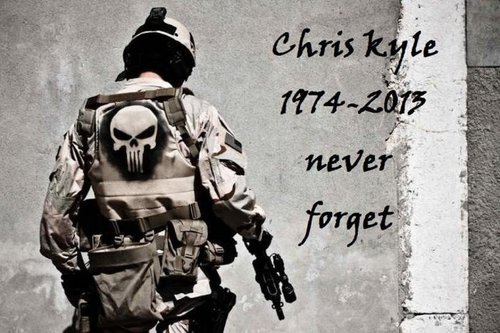 It’s for this reason both “American Sniper” Chris Kyle and the Benghazi military contractors featured in 13 Hours wore the Punisher skull when they went into battle in the real world [Why John Krasinski Is Wearing The Punisher Logo In Michael Bay’s 13 Hours, by Eric Eisenberg, CinemaBlend, November 2016]. 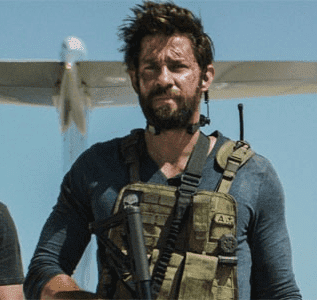 Of those bad guys, the worst is an elderly white veteran who rambles about how “the real persecuted minority today is the Christian American patriot.” A Daily Beast writer was quick to note he resembled “the hate-mongering Make America Great Again crowd” . [‘Marvel’s The Punisher’ Offers a Damning Critique of America’s Gun Fetish, by Ira Madison III, November 17, 2017]

And of course, he’s wearing an NRA hat.

We later discover he’s lying about his combat experience, but this didn’t stop him from influencing a younger white Army veteran to set up bombs throughout New York City and to threaten to murder a Democrat Senator who supported gun control.

Interestingly, showrunner Steve Lightfoot admits the white villain was written as a caricature, but sneers, “people like him exist” . [The Punisher Showrunner On Making An Angry Violent White Man Sympathetic In Modern America, by Jordan Zakarin, SyFy.com, November 14, 2017]

Indeed, even Leftist television shows and movies with white protagonists may soon be a thing of the past, as anti-white themes are increasingly injected into pop culture. The recent Spiderman: Homecoming movie even boasted a scene where a biracial character (played by actress Zendaya), refuses to enter the Washington Monument because it was supposedly built by slaves. [America’s Record on slavery slammed by… Spiderman?, WND, July 19, 2017]

People who watch comic book movies and television series can now expect to see more scenes like those when “Iron Fist” is lectured on “white privilege” by “Luke Cage” . [Why The Defenders Has a Scene About White Privilege, by Abraham Riesman, Vulture.com, August 18, 2017]

Indeed, the Afrocentric tech-utopia of “Wakanda” in the upcoming Black Panther film is, absurdly, being promoted as an example of what blacks would have achieved were it not for colonialism. [‘Black Panther’ isn’t just another Marvel movie — it’s a vision of a future led by blackness, by Xavier Harding, Mic, November 12, 2017] The end goal: to make it impossible for whites to have any pop culture figures they can identify with. [The End of White Celebrity, by Gregory Hood, American Renaissance, November 17, 2017] 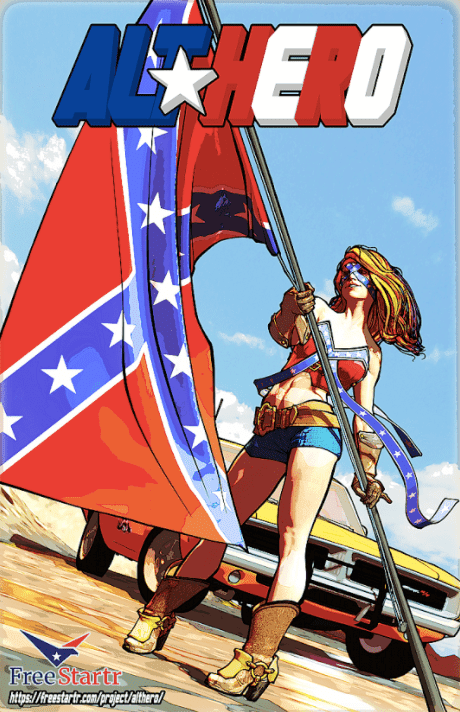 The only solution may be to create entirely new alternatives. One possibility: Vox Day and his “Alt☆Hero” concept. The author of numerous books and the proprietor of the popular Vox Popoli blog, Vox Day set out to challenge the SJW-dominated comic book world, by using a crowdfunding website to try and raise the funds to create Alt☆Hero.

Hoping to raise $25,000 for this endeavor, Vox raised an incredible $244,330, hitting multiple stretch goals throughout the campaign to ultimately attract some top name talent to both write and provide the art for this important series. (Chuck Dixon, creator of Batman nemesis “Bane,” has signed on to the project).

This shows there is a real market for such projects, and real capital available.

Legacy Americans have sat out the pop culture war for too long, indulging in toxic entertainment which directly attacks their values, culture, and people. It’s easy to laugh at comic books and the films and television shows they inspire, but they are a huge pop cultural force. To ignore this is to sit out in one of the culture wars.

But the good news: if Hollywood insists on pushing away white fans, new heroes will arise.

Suffice to say, in Day’s “Alt☆Hero,” the white NRA member who laments about the decline and persecution of Christian American won’t be the villain.

He’ll be hero we both need and deserve.