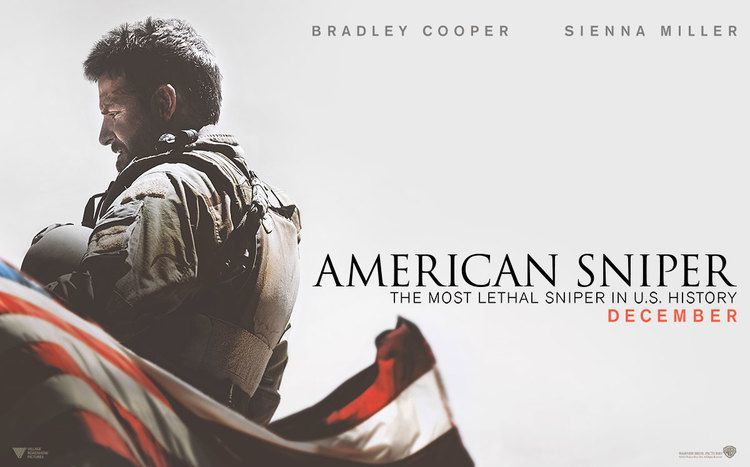 How Accurate Is American Sniper?

Controversy over [Chris] Kyle’s credibility casts doubts on the film, however—claims that he engaged in a bar fight with former Minnesota governor and pro wrestler Jesse Ventura, sniped looters in New Orleans after Hurricane Katrina, and killed two carjackers all remain unsubstantiated. (The first was the subject of a $1.845 million defamation lawsuit Ventura brought and won against Kyle.)

… More than any other strategy, omission keeps the film true to life. Questionable episodes (including those mentioned above) are excised.

Of course, by leaving out the Jesse Ventura fiasco and the like, the movie implies that the sharpshooter was a straightshooter.

The rest of the article compares Kyle’s book to Jason Hall’s screenplay, and mostly you wind up with Screenwriting Adaptation 101 changes: streamlining complicated sequences, and bringing bits from different parts of the book together to punch things up.

My guess is that it’s a good rule of adaptation to invent out of whole cloth as little as possible, but to instead invent by bringing together elements of the original book into sequences that didn’t actually happen. For example, in Robert Bolt’s screenplay for Lawrence of Arabia, some of the most famous bits of dialogue are assembled out of separate lines that appear hundreds of pages apart in Lawrence’s memoir The Seven Pillars of Wisdom.

Similarly, anecdotes that are more random in the original can be profitably interconnected by the screenwriter. In the book, for example, Lawrence risks his life to rescue a man left behind in the desert by his army and later volunteers to execute a man to prevent a tribal feud from breaking out in his army. But in the movie, unlike the book, the man Lawrence saves and the man Lawrence volunteers to shoot turn out to be the same man.

My general impression is that it’s better for adaptationists to try to invent by rearranging pre-existing materials, like Bolt did, than by just making stuff up. For one thing, it makes them work harder and read the original book more closely.

The most obvious comparison for Best Picture-nominated American Sniper is last year’s Best Picture winner 12 Years a Slave. While there are countless articles in the press already questioning this or that aspect of American Sniper, my review in Taki’s Magazine of 12 Years a Slave was one of the very few that pointed out that the historical record offers a much more complex picture of Solomon Northup than the relatively featureless generic victim/saint of the movie.

Much of the movie comes quite closely from Northup’s as-told-to bestseller. For example, the speech that Brad Pitt gives as an abolitionist carpenter that has been universally derided for its Victorian melodrama clunkiness, is almost word for word from the bestseller published under Northup’s name in the 1850s.

Northup’s co-writer, a literary minded abolitionist lawyer, otherwise generally avoided quoting dialogue directly, probably realizing he was pretty bad at it. But the movie’s screenwriter John Ridley invents for the blacks in the book dialogue very much in the spirit of (i.e., as bad as) Brad’s dialogue. But nobody in the 21st Century dares criticize a movie for portraying black slaves speaking to each other like Prime Minister Gladstone addressing the Queen, so all the scorn for the screenplay’s endless bad dialogue was heaped on Pitt.

Indeed, I suspect that screenwriter Ridley was well aware of the problems with fashioning the historical Northup into a wholly innocent victim, and thus left in puzzling aspects in the movie that were simply ignored by critics. For example, there’s the otherwise baffling final scene in which poor Northup returns to his family in New York after twelve years of enslavement and … begs for their forgiveness.

Similarly, why do Northup’s fellow slaves largely shun him and for years offer him no help in getting a single piece of paper to write the letter that gets him released?

One hint is in the one scene in the movie that’s a 180 degree distortion from Northup’s as-told-to bestseller. In the movie, Lupita Nyong’o begs Chiwetel Ejiofor (Northup) to kill her to release her from the living hell of having to have sex with Michael Fassbender. In the book, however, Northup records that it was the Fassbender character’s white wife, the jealous lady of the plantation, who begged Northup to murder the slave girl who had infatuated her husband.

In other words, the white woman sees in the hero somebody with a hit man’s personality who is so alienated from the other blacks on the plantation that he would be natural choice to murder a slave for her. Now that’s pretty interesting, but a little too interesting for a Best Picture.

In the book, Northup strenuously denies the rumors besieging him that he was a con man who teamed up with the two white men in playing the old skin game of pretending to sell a slave and then helping him escape so you can play it again in the next town. But reading up on the extensive coverage of Northup’s post-slavery life and his various misadventurers, including the unsuccessful legal battles he was forced into by his abolitionist enthusiasts, that appears to be the most likely explanation of how he got himself sold into slavery. And that in turn explains the last scene in which he apologizes to his wife and children.

I have lots of links to 19th Century documentation in my review in Taki’s.

Think of how much better 12 Years a Slave would have been if in the last scene, Northup keeps going with his apology to his wife and admits he got caught engaging in a con. We’d suddenly realize how that makes sense out of curious aspects of the movie that we had ignored.

But that kind of psychological sophistication is extremely unwelcome these days when it comes to anything dealing with blacks.