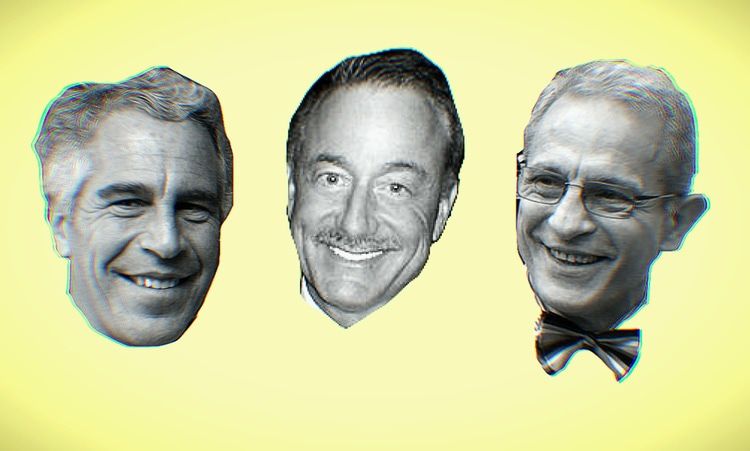 Well, well, well. "Follow the facts," Democratic strategist Christine Pelosi now advises fellow liberals in the wake of billionaire and high-flying political financier Jeffrey Epstein's child sex trafficking indictment this week. Some of "our faves" could be implicated in the long-festering scandal, the Pelosi daughter warned, so it's time to "let the chips fall where they may."

Since the woke-ty woke Democrats are now gung-ho on undoing special treatment of wealthy liberal sex creeps, perhaps they will soon be revisiting the matter of two of their other "faves," Oregon real estate mogul and deep-pocketed left-wing White House donor Terry Bean and West Hollywood Clinton pal Ed Buck.

Terry Bean is the prominent gay rights activist who co-founded the influential Human Rights Campaign organization. He is also a veteran member of the board of the HRC Foundation, which disseminates Common Core-aligned "anti-bullying" material to children's schools nationwide.

Like Epstein, Bean had a penchant for rubbing elbows and riding on planes with the powerful. Upon doling out more than $500,000 for President Barack Obama and the Democrats in 2012, he was rewarded with a much-publicized exclusive Air Force One ride with Obama. His Flickr account boasted glitzy pics with Michelle Obama and Bill Clinton.

Allegations of Bean's lurid sexual trysts with young men, which Lawson says the Democratic donor secretly videotaped, first surfaced in the local Willamette Week newspaper five years ago. Police say the pair enticed a 15-year-old boy to a hotel in Eugene, Oregon, after meeting him through the iPhone app Grindr, which helps men locate "local gay, bi and curious guys for dating."

Bean wriggled out of prosecution by publicly dangling $220,000 a cash "compromise" with the alleged victim, who then suddenly refused to testify against him. A judge in the county where the politically influential Bean family reigned, promptly dismissed the charges. Case closed? Not so fast.

In January, government investigators filed new charges against Bean and Lawson after the alleged underage victim, now an adult, revealed that he had been ripped off by his attorney, who reportedly never delivered Bean's payoff. The criminal trial is scheduled to begin in August. In May, a second alleged juvenile victim of Bean's came forward with a civil lawsuit alleging the Dem donor sexually abused him three times when he was 17. The state Democratic party and several federal officials who have received donations from Bean have declined to return the money.

Then there's Ed Buck, another Democratic gay rights leader and moneyman whose West Hollywood den was the scene of not one, but two overdose deaths of black men he allegedly paid for sex and drugs. An independent journalist/blogger, Jasmyne Cannick, who has investigated Buck's sordid activities for several years, warned authorities that the influential campaign contributor was a "predator" who lured vulnerable minority men into his filthy orbit. This week, the mother of one of the dead men alleged Buck violated federal human trafficking laws and "knowingly utilized interstate commerce" to entice the victim to California "for the purpose of engaging in commercial sex acts." Family members will mark the two-year anniversary of the death of one of the victims, Gemmel Moore, at the end of this month.

That's a lot of chips falling in the coffers of the party that claims to care most about sex assault and human trafficking victims.