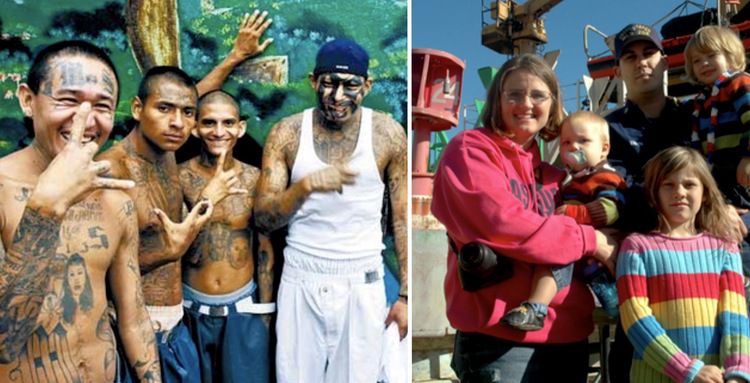 MEMO FROM MEXICO: Americans In Mexico Are NOT Like Mexicans In The U.S.

For many years, I was an American living in Mexico. I worked in Mexico, I traveled in Mexico and I married a Mexican. Ten years ago, I moved back to the United States, but I still spend a lot of time in Mexico, where I am now on an extended visit. Americans living in Mexico interest me, and wouldn’t you know it, the San Diego Union-Tribune published a major piece about them in mid-June. [Americans make up Mexico’s largest demographic of immigrants, by Wendy Fry, June 17, 2019] The upshot: Americans living in Mexico are kinda-sorta like Mexican illegal aliens in the United States. That isn’t true, and I’ll explain why as I plow through the piece.

Tijuana, Baja California—They come for the tacos. Or the music. Or the nightlife. They stay to live a less-expensive lifestyle or to retire in a casita [little house] in the sand.

Americans [sic] immigrants living the Mexican dream can have the same hopes and goals of the Mexican immigrant in the U.S.: to get a little ahead or to start a new life.

Americans live in Mexico for many reasons. Some go to hang out and never leave. Others go to teach English, and others retire there. Still others go as employees of American companies, and others are missionaries. Americans of Mexican ancestry move to Mexico, and Americans who marry Mexicans sometimes stay. Others move to Mexico to escape high-priced housing in the U.S. [The "crisis" driving some Americans to move to Mexico, by Anne Bouleanu, Al Jazeera, June 11, 2019]

Americans of different political persuasions live in Mexico, and they have different opinions on immigration and the National Question. One is Fred Reed, who retired and writes from the picturesque lakeside town of Ajijic (pronounced Aheeheec), home to a large community of retired American and Canadian expatriates. Reed regularly fires off eccentric screeds blasting VDARE.COM [Race Hustlers: I’d Rather Have Ebola, Unz.com, May 28, 2019], never responding to refutation.

But back to Fry:

Here, Fry used “immigrant” in the broadest connotation possible. Most Americans don’t visit Mexico with the intention of permanently relocating. And very few Americans in Mexico intend to become Mexican citizens, though some do.

Anyway, Wendy Fry noted that AMLO “mentioned the southbound surge last week during a speech in Tijuana promoting friendship between the two countries”—

“A little-cited fact is that in Mexico, there are about 1.2 million Americans. That is, our two countries are protagonists of the largest demographic exchange in the world,” said López Obrador.

The U.S. Embassy in Mexico City said the figure might be an undercount, because many Americans overstay their visa.

They estimated there are more than 1.5 million U.S.-born citizens in Mexico, including some 600,000 U.S.-born children of Mexican parents whose families have returned home.

So nearly half the U.S. citizens living in Mexico—the “U.S.-born children of Mexican parents”—are actually Mexicans!

And not just racially or ethnically. Mexican law gives them citizenship. And the rest of those U.S. citizens haven’t organized into an ethnic lobby to meddle in Mexican politics. If they had, the government wouldn’t stand for it.

Fry’s anecdotal protagonist is 34-year old Josh Nicols, who moved to Mexico three years ago and lives in Tijuana. But “it wasn’t the cheaper rent or the nightlife or the beaches” that inspired move south— “He fell in love with the culture and the pace of his lifestyle south of the border”:

“I probably get to spend a lot more of my time just socializing, especially with people that I don’t know,” said Nichols. “One of the things I really like about Mexico is just that people tend to be more open.”

Life’s being “slower” in Mexico is a common but untrue stereotype. Nichols might have that impression, but Fry doesn’t tell us whether he works. Maybe he doesn’t, and maybe that’s why he thinks life is so much more relaxed; you know, like a long siesta under a sombrero on the deck after a few Tecates.

I worked when I lived in Mexico, and I never felt slower-paced lifestyle. Nor did I ever get the idea that Mexicans are more “open” than Americans, or more closed, for that matter.

But Fry’s article is about Nichols’ impressions, not mine:

Nichols mentioned the Spanish word convivencia which literally translates to coexistence, but he said he doesn’t think the translation gives the full context of the word. “You know how the Eskimos have so many different words for snow? If you interact with something more, you have more vocabulary to describe that thing,” he said. “I don’t know that we have a word in the United States for just sharing time with one another and I think that word reflects a big cultural difference between the two countries.”

Actually, Eskimos don’t have a lot of words for snow, as linguistics professor Geoffrey K. Pullum amusingly wrote in 1989 [The Great Eskimo Vocabulary Hoax] and again at his Language Log blog in 2013. [Bad science reporting again: the Eskimos are back]

Maybe Josh Nichols should leave the philology to Professor Pullum.

U.S. President Donald Trump has made bemoaning northbound immigration the cornerstone of his presidency, initially targeting Mexicans and then Central Americans. But, the number of unauthorized Mexicans living in the U.S. has fallen by 2 million people during the last decade or so, from 6.9 million in 2007 to 4.9 million in 2017, according to Pew Research Center.

Actually these estimates are notoriously unreliable, but there are plenty of Mexicans still in the U.S. And they send back plenty of money, too: $7.7 billion in the first quarter of 2019, a 7.13 percent boost over 2018! [Remesas registran alza al primer trimestre de 2019 (Remittances register increase in first trimester of 2019) Notimex, May 2, 2019]

That fact aside, Fry offered data to contrast Mexicans in the United States with Americans in Mexico, trying to set Trump up for a charge of hypocrisy:

The number of Mexicans living in the United States declined so sharply over the past decade that Mexicans are no longer the country’s largest demographic of undocumented migrants. Many are returning home.

Apprehensions of Mexicans at the U.S. border also dropped from a high of 1.6 million in 2000 to 152,257 in 2018. For the third consecutive fiscal year, apprehensions of non-Mexicans outnumbered those of Mexicans.

Meanwhile, the number of Americans living in Mexico has increased by more than four times since 1990, according to federal data.

Fry hastened to add that the Mexican government doesn’t seem to mind Americans living in Mexico—unlike Trump, who has a big problem with illegals in the United States:

In Mexico, the federal government takes a very different approach with its American immigrant population, whether they are legal or not. “We have never pressured them to have their documents in order,” Mexico’s Foreign Minister Marcelo Ebrard told The Washington Post. ...

If and when the Mexican government does enforce their immigration laws against Americans who overstay their six-month visa, it’s usually just with a small fine.

Maybe that’s because American tourists put a lot of money into the Mexican economy and Americans who live there aren’t on the dole, so Mexican officials don’t worry about them.

A word about work visas, which applied to me. I spent years working in Mexico and getting mine renewed. They are more complex and expensive than travel visas.

Many years ago I took a long train and bus trip from one end of Mexico to another. Stupidly, I left my Mexican visa at my home in Mexico, and I bypassed several opportunities to get another. When a Mexican immigration official stopped me at a checkpoint, he gave me a stern lecture, contrasting me with Mexican illegal aliens in the United States. Then he let me go.

On the one hand, Mexico has strict immigration laws, but on the other, doesn’t often enforce them. It’s called flexibility. The laws are there if needed.

Bottom line: Mexican officials can get strict with Americans in Mexico but usually don’t. At least until they meddle in politics. If that happens, as I’ve reported before about Article 33 of the Mexican Constitution, the president can expel any foreigner he finds “inconvenient.”

So Mexican immigration law suits Mexico and is enforced as needed. It might not be enforced if it’s unprofitable to do so. Yet the Union-Tribune’s Fry left readers with the idea that Mexico is soft on Americans living there because Mexicans are just being nice. Trump’s not nice. Orange Man Bad!

Living in Mexico those many years ago was an education and life-transforming experience. It showed me the opposite side of immigration, and how Mexicans view emigration to the U.S. and Mexican nationality. It showed me that mass immigration is not in the interests of the United States. That hasn’t changed, even though most illegal aliens crossing the border now are Central Americans.

So Mexico did one more good thing: It turned me into a staunch immigration patriot!