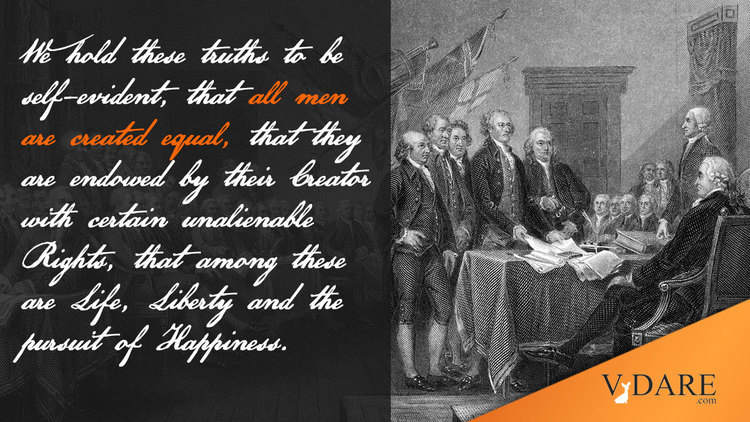 "Our Enemy, the State" was the title of libertarian Albert Jay Nock's classic that was once widely read by conservatives.

Nock was not an anarchist but a Jeffersonian. Government was necessary, but in its centralization lay the roots of tyranny.

And in 21st century America, Leviathan is indeed rising—and, oddly, being welcomed by people who talk incessantly of freedom.

It began thus: "The House on Wednesday approved a bill granting broad protections against discrimination in the workplace for gay men, lesbians and bisexuals, a measure that supporters praised as the most important civil rights legislation since the Americans With Disabilities Act of 1990. ...

"The bill, the Employment Non-Discrimination Act, is the latest version of legislation that Democrats have pursued since 1974. Representatives Ed Koch and Bella Abzug of New York then sought to protect gay men and lesbians with a measure they introduced on the fifth anniversary of the Stonewall Rebellion, the brawl between gay men and police at a bar in Greenwich Village that is widely viewed as the start of the American gay rights movement."

What would the new law do? Make it a federal crime for an employer "to fail or refuse to hire or to discharge any individual or otherwise discriminate against any individual with respect to the compensation terms, conditions or privileges of employment of the individual, because of such individual's actual or perceived sexual orientation."

"It's wonderful," burbled Koch. Florida Rep. Kathy Castro exulted, "On this proud day, the Congress will act to ensure that all Americans are granted equal rights in the workplace."

Said Joe Solomese, president of the Human Rights Campaign, the largest gay rights group in the country, "Today's vote in the House sends a powerful message about equality to the country, and it is a significant step forward for our community."

The bill will also do something else—further restrict individual freedom and further criminalize personal conduct. It would tell an employer: You may not want to hire homosexuals, but you are no longer free not to. For if you fail or refuse to hire or promote a homosexual, we will punish you, fine you, shut you down, break you.

Through Congress, the gay rights activists are seeking to use law to impose their values on society.

A fair headline you will not see in the Times might read, "House Tells Employers: Hire Homosexuals—or Else!"

In this bill, we see the triumph of the counterculture of the 1960s in making its moral values the basis of law, even as Christians once shaped society when America was a Christian country. In pre-secular America, homosexual sodomy was a crime, not a "lifestyle." The "lifestyle" view is now being enshrined in federal law.

In this homosexual rights law, and the way it is being hailed as progress, as Republicans grumble, we see clearly that the revolution of the '60s has overthrown the old moral and social order and begun to dictate how we must all behave in their new order. Those who think the Right won the Culture War should think again.

The U.S. Constitution guaranteed freedom by restricting the power of government, the source of tyranny: "Congress shall make no law ..." Civil rights laws restrict freedom. Men are told they will face disgrace, fines, ruin if they act on their beliefs in deciding whom they will hire, whom they will serve in a bar or restaurant, or to whom they wish to sell or rent their homes.

If a man is free to hold beliefs we detest, and speak and write in ways we detest, why is he not free to live according to his beliefs—if we believe in freedom? Hopefully, we are becoming a better society, for we are surely becoming a less free society.