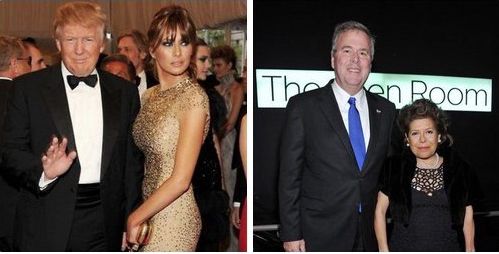 Memo From Middle America: Why Would Jeb Bush Rather Lose An Election Than Defend The Historic American Nation? Because He’s A Freak.

Jeb Bush, hope of the GOP Establishment and champion of the donor class, is currently twisting in the wind. But with his money and institutional support, a rebound is all too unfortunately possible. So it’s worth looking more closely at how very peculiar he is. 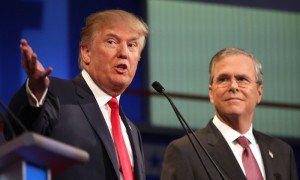 Checked at every turn by Donald Trump, Jeb is even managing to make things worse for himself with various “own goals,” from saying Americans need to work longer hours to saying the real problem with “anchor babies” is that there are too many Asians. Some GOP insiders are even considering putting Mitt Romney in the race [Romney is horrified by Trump—And That’s Restarting ‘Mitt 2016’ Talk, by Gabriel Sherman, New York, September 1, 2015]. Put in the guy who lost last time? What if they ran a professional sports team like they run the GOP?

Let’s look at some of Jeb’s peculiar and self-defeating stances.

On Good Morning America, in response to George Stephanopoulos’s softball question “You know, this is also personal for you, of course, your wife Columba comes from Mexico. What was your first thought when you heard him criticize you for speaking Spanish? “Bush responded

BUSH: I laughed. I mean, this is a joke. I was in a press gaggle where people asked me a question in Spanish and I answered it in Spanish. I was in a classroom two days ago, La Progesiva High School, where these young, beautiful kids all speak English, but they also speak Spanish and one asked a question in Spanish. I answered it. That's the reality of America, the goodness of America, that's the kind of America we want. So part of it is you laugh because it's so bizarre but it's hurtful for a lot of people and Mr. Trump know there is. He is appealing to people's angst and fears rather than higher hopes.

George Stephanopoulos to Jeb Bush: Why Is Trump 'Out to Get You? NewsBusters, September 3, 2015

That’s actually reminiscent of what Brother Dubya said when he was nominated back in 2000:

“Just go to Miami, or San Antonio, Los Angeles, Chicago or West New York, New Jersey….and close your eyes and listen. You could just as easily be in Santo Domingo or Santiago, or San Miguel de Allende. For years our nation has debated this change—some have praised it and others have resented it. By nominating me, my party has made a choice to welcome the new America.”

This is a diverse country. We should celebrate that diversity and embrace a set of shared values. Mr. Trump doesn’t believe in those shared values. He wants to tear us down.

On Good Morning America, Jeb even asked “Are we going to close all the foreign language classes?”

So what makes this guy tick? Obviously, some factors apply to any other Open Borders Republican—big donor money, the reigning touchy-feely multiculturalist zeitgeist and conventional wisdom on the Hispanic Vote.

As with other rich folks, Jeb has not had to deal with the harmful effects of immigration. So it’s easy for him to idealize it.

And of course, there’s the also multi-generational strengthening of the multiethnic Bush Dynasty, leadership of which would presumably pass someday to Jeb’s half-Mexican son George P. Bush.

That's all true, and the bottom line is that Jeb is a True Believer in and Defender of the Emerging Hispanic Nation.

When Jeb registered to vote as “Hispanic,” it’s because he identifies as such. Jeb may have ancestors who sailed over on the Mayflower, but what counts to him is his “Hispanic” identity. As John Derbyshire noted after reading Jeb’s immigration book, Jeb Bush Just Doesn’t Like Americans Very Much. 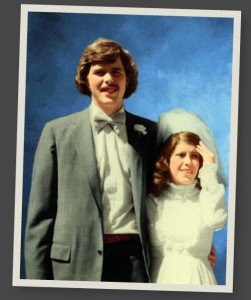 Much of this is tied into his marriage with Columba. Jeb and Columba were married in 1974 (and in the wedding picture she looks whiter than she does now.) She’s been used as a campaign prop by the family since the 1980s, is apparently still uncomfortable speaking English, and reportedly instructed her son to “fight for our race”—referring to the Mexican side only.(George P. Bush told a a Hispanic Republican rally in 2000 that “She told me we have to fight for our race, we have to find the leaders who represent us”. [Reuters, August 2, 2000] Reuters’ translation: they say he said this in “fluent Spanish.”)

Jeb claims his children were taunted for their skin color [Fiery Jeb Bush gets testy over ‘anchor babies’ term, by Ashley Killough, CNN, August 20, 2015]. Although Columba has been a citizen for decades, Jeb calls her a “good Mexican” and says of himself and his family that “we are Hispanic” [Jeb Bush vows to enact comprehensive immigration reform. To Telemundo. In Spanish. By Jazz Shaw, Hot Air, July 28, 2015].

But if just having a Mexican wife were enough, I’d be a rabid Open Borders supporter. Besides that, I resided in Mexico for 15 years and still visit twice a year. My wife and I speak Spanish with each other, and she speaks it with our two sons (I speak English with them).

Instead of turning out like Jeb Bush, my experience in Mexico made me a staunch immigration patriot. And frankly, it seems as though my wife has adjusted to life in the U.S. much better than Columba has.

The difference seems to be that Jeb developed a romantic image of Hispanic culture in his youth. Jeb met Columba in 1971 when he was on a work study trip to Mexico, part of the Man and Society class he was taking at his elite Andover prep school.

As Politico put it in The Year that Changed Jeb Bush Forever, the experience is “How a radical class—part Lord of the Flies, part Peace Corps—introduced a preppy teenager to Mexico and the love of his life” [by Michael Kruse, May 21, 2015]. Jeb himself says of the stay: “My life really began in earnest when I was 17 years old in León, Mexico.” And Politico’s Kruse believes “[Bush’s] stubborn insistence on a doors-open immigration policy in a Republican Party that has moved away from it... can be traced back to León.”

Residing in a foreign country can indeed be a life-changing experience. Initially, everything is exotic and you are open to new perspectives. Furthermore, Jeb was a young and impressionable rich boy who fell in love.

The Politico story also contains a revealing anecdote. The Andover boys constructed a schoolhouse, with the help of a few locals, and young teaching assistant/chaperone John Patrick reported “Any Mexican peasant could do more work than two of them and keep on doing it for twice as long.”

The idea that Mexicans work harder than Americans is very common among cheap labor profiteers. Of course, Jeb and his Phillips Academy classmates may not have been accustomed to manual labor.

Still, the experience has stuck with him. Jeb even hired an illegal to do housework. While his father was president in 1991, Jeb’s Honduran illegal immigrant maid was deported while Jeb was out jogging. She had worked for them for three years and “came to be part of the family.” Amazingly, given his political ambitions, Bush seems to have had no problem with her status [Bush’s maid deported, Sun Sentinel, January 15, 1991].

Jeb Bush has a sentimental, romantic, and passionate attachment to Hispanic culture—and indifference (at best) towards the historic American nation.

Currently, Jeb is trying to say Trump isn’t a “true conservative” because he’s dug up old things The Donald has said and done. And Jeb might be right about some of them.

But with all Trump’s imperfections, he shows concern for working Americans. And he’s sounding better as he goes along—partially because Jeb is inspiring him to defend things like the use of English in America.

Tellingly, Jeb has not attacked Trump’s illogical and inexplicable proposal to bring the “good ones” back after deporting illegal aliens. (Let’s hope he forgets about it.) Any candidate could do it. But not Jeb, because that would be “insensitive” to Hispanic sensibilities.

So, instead, Jeb would rather lose than hurt Latino feelings. While Trump rhetorically positions himself as a defender of the American nation, Jeb welcomes the U.S. becoming a part of the Third World. He would rather go down defending “his” invading Hispanic community—which, remember, does yet not cast even ten percent of the vote in American elections.

What was the GOP Establishment thinking when it tied its fortunes to this freak?