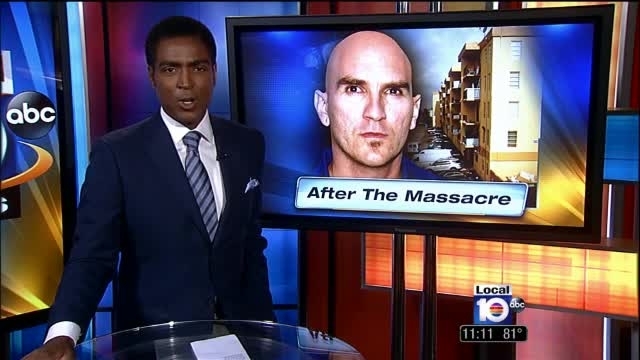 Memo From Middle America | Pedro Vargas, Hialeah Shooter, WAS Another Case Of Immigrant Mass Murder Syndrome. Why Won’t The MSM Tell Us?

Another mass shooting has taken place, this time in Hialeah Florida, Miami-Dade County, July 26 and 27th, 2013.

The perpetrator: 42-year old Hialeah resident Pedro Vargas (not to be confused with the late Mexican singer-actor Pedro Vargas). After setting a stack of cash on fire, Vargas shot and killed six people, held two hostages and was eventually shot by police. 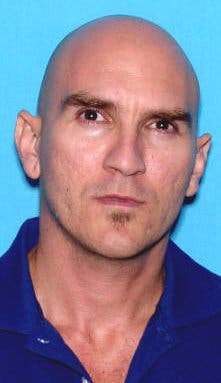 All such shootings are tragic. But the Main Stream Media is very selective as to which shootings are publicized, what causes they are used to support, what facts are emphasized, and what patterns are allowed to be noticed.

And, as we know from bitter experience, the MSM can rapidly disseminate wild speculations without evidence if it supports the Agenda.

Recall the 2011 shooting of Congresswoman Gabrielle Giffords and others by Jared Loughner. He was linked by the MSM with no evidence at all to the Tea Party, talk radio, Sarah Palin, Glenn Beck, and American Renaissance’s Jared Taylor—in the last case apparently just because of having the same first name.

Recall the 2012 Aurora cinema shooting by James Holmes. In the aftermath of that shooting, ABC "Chief Investigative Correspondent" Brian Ross simply Googled a Jim Holmes who was a Tea party member—but a completely different person—and blurted out his name on the air. Needless to say, this caused problems for Mr. Holmes and could well have put his life in danger.

So now it’s 2013, with yet another shooting by another troubled man, Pedro Vargas. Like Jared Loughner and James Holmes, Vargas appears to have had serious psychological problems.

The MSM loves to psychoanalyze mass murderers, but there are certain avenues they’d rather not explore.

Pedro Vargas has a Spanish name and surname, lives in a majority Cuban/Cuban-American city, and was speaking Spanglish, a mixture of Spanish and English which police negotiators found incomprehensible. VDARE.com editor Peter Brimelow thus asked the logical question: was Pedro Vargas an immigrant?

But what happens when real life doesn’t follow the script? Well, then the MSM simply covers it up, or sends it down the Memory Hole. Reporters with agendas don’t even have to lie—they can just suppress the truth or simply leave it out of the story.

I refer the reader to another case, not involving murder but in which both the victim and perpetrators were immigrants, but the MSM headlines identified only the victim as an immigrant. VDARE.com’s James Fulford has pointed out many similar examples.

There is an entire class of murders that VDARE.COM has dubbed Immigrant Mass Murder Syndrome. The MSM will report particular cases, albeit without emphasizing or even mentioning immigrant status. But it doesn’t connect the dots to find a possible pattern. And it believes you shouldn’t either. (Consult VDARE.COM’s Immigrant Mass Murder Syndrome Archive).

But if a shooter can be linked somehow to a group of which the MSM is not fond, it will go on and on about it—for example, last year’s Sikh Temple shooting.

Well, what about Pedro Vargas? The New York Daily News report on the shooting was entitled Florida gunman kills 6 in standoff with police [By Alexia Fodere and Corinne Lestch, July 28, 2013]. Vargas was a “Florida madman,” a “crazed gunman.” But nothing was said about where Vargas was born.

Well, let’s give them the benefit of the doubt – maybe they didn’t know yet.

I systematically checked out the Miami Herald. After all, that newspaper, being close to the shooting, ought to have some comprehensive coverage.

Click here for the Herald’s file on the Vargas shootings. They tell how the shootings occurred, what happened previously and who the victims were.

But why? The Herald can’t really give us definitive answers, maybe nobody can. But it reports many problems attributed to Vargas, including a possible dispute with the couple who were the building managers of the apartments where Vargas and his mother resided. This couple were his first victims. (But their daughter denies that they had any sort of issue with Vargas).

Then there are the typical descriptions—“an inexplicable shooting rampage”,”pent up anger”, “using steroids”, “bad experiences with women”. It’s said that in his last few days, Vargas watched a lot of violent movies.

Frankly, those “explanations” don’t explain much.

In the past few years, Vargas had had problems in various jobs, being forced to resign one, fired from another, laid off from another. Furthermore, he’d been accused of sending threatening messages to former supervisors and co-workers. The threats against his most recent co-workers had actually led to a legal case. That case, though, had been quickly resolved when Vargas confessed to a lawyer and wrote a letter of apology.

Several hours before the shootings, Vargas had actually called 9-11 to report being followed by people who were using witchcraft (brujeria in Spanish) against him.

But was Pedro Vargas an immigrant? The Miami Herald has ten articles on the shootings published from July 27th to August 1st. None reveals where Vargas was born. (However, one does mention that he had pledged to go to Cuba and take up arms if an uprising ever broke out on the island—Little about Pedro Vargas’ life sheds light on motive for Hialeah massacre, July 31, 2013).

But a Herald article published on July 31st tells where the victims were from—several were immigrants themselves. Hialeah shooting victims’ families grapple with senseless loss, By Patricia Mazzei.

So why did the Herald wait so long to inform its readers of this fact? After all, this is the Miami area. Immigrants from Cuba are not exactly rare.

In fact, the Herald was not the first MSM organ to reveal the information. I also found it buried in an AFP article published on July 31: Miami gunman who killed 6 in apartment shooting feared "witchcraft"

Now, I don’t mean to be hasty to judge. These sorts of cases may have various causes, and investigators may never get to the bottom of it. But definitely, the Vargas shootings do fit the pattern of the Immigrant Mass Murder Syndrome. Certainly, had Vargas stayed in Cuba, this shooting in Hialeah would never have occurred.

And there’s more. The August 3rd Herald article mentioned above also explained how Vargas migrated to the U.S. It was not at all a stereotypical story of a Cuban refugee floating on a raft through shark-infested waters. No, Vargas entered the U.S. in a category of legal immigration with which VDARE.COM readers are all too familiar:

Vargas’ mother won a U.S. visa lottery in 1995 and left for Miami, where she had a sister. Vargas himself won the same lottery two years later and moved to Miami on May 2, 1997. He was 26 years old. Mother and son eventually became U.S. citizens.

Yes, that’s the Diversity Visa Immigration Lottery . The luck of the draw, like in a casino.

What a great way to select future Americans!

Who knows, if the name of Pedro Vargas hadn’t been pulled out of a hat (or whatever they use) back in 1997, all six of his victims could still be alive.

And, possibly, Pedro Vargas himself might still be alive.

Why does our country need a “Diversity Visa Immigration Lottery”? Don’t we have more than enough diversity?

And why won’t the Main Stream Media tell us when these mass murderers are immigrants?