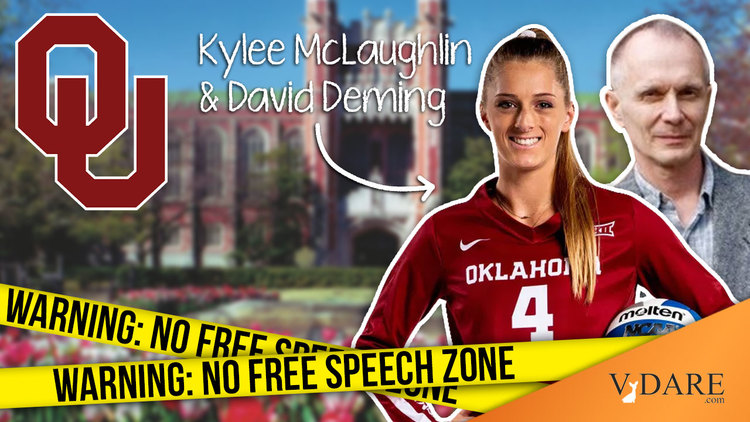 MEMO FROM MIDDLE AMERICA: Incredibly, The University Of Oklahoma Has Become Anti-White Communist Enclave. Where Is GOP? 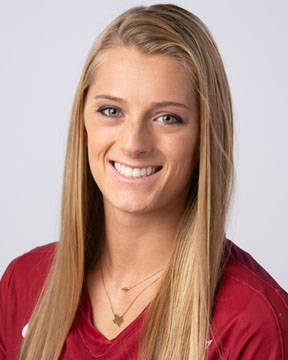 Kylee McLaughlin, the Christian conservative volleyball player (right) who recently sued the University of Oklahoma because of Woke harassment by her coaches that ultimately forced her to transfer, is just the latest evidence that the leading public college in my very Red home state of Oklahoma has quietly, and incredibly, become a Communist enclave [Ex-Oklahoma volleyball player labeled a racist for conservative views: lawsuit, by Yaron Steinbuch, New York Post, June 4, 2021]. But Oklahoma’s GOP elected officials, notably the appalling U.S. Senator James Lankford, who is up for re-election this year, have said nothing.

Tuition at OU is actually reasonable by Higher Ed’s rapacious standards: about $7,000 for in-state students and only about $15,000 for out-of-state students. Which looks like a bargain, but isn’t! Students don’t get what they pay for if they can’t express themselves and must worry about committing Thought Crimes.

In 2016, the Foundation for Individual Rights in Education picked OU for its Top 10 list of worst colleges for free speech [FIRE Announces 10 Worst Colleges for Free Speech: 2016, February 17, 2017]. OU’s FIRE rating is yellow (between green and red). Its speech regulations include “at least one ambiguous policy that too easily encourages administrative abuse and arbitrary application.”

OU’s problems are not new. They go back at least 21 years, when geology professor David Deming began wrangling with the Powers That Be. Deming [Email him] stood up courageously for Free Speech, despite losing classes, being kicked out of his department, and suffering the indignity of having his office moved to a basement.

In 2004, FIRE published a report that included David French—yes that David French, who then worked at FIRE—describing the Stalinist effort to silence Deming:

OU’s conduct in this case has been shameful. University emails and documents illustrate a conspiracy to silence a colleague whose outspoken views challenge the norm at OU. This is a naked attempt to subvert academic freedom.

Two years ago, Deming summarized what had been going on OU:

Higher education in Oklahoma has been taken over by a small group of radical left-wing political extremists whose views and goals are in no way representative of the vast majority of the people of Oklahoma. These people are not liberals. Hateful and irrational, they do not believe in democracy, free speech, or freedom of conscience. Their goal is to indoctrinate students in leftist totalitarian ideology and suppress all dissent by any means possible. They maintain control and power by bullying and intimidating anyone who disagrees with them.

Deming continues to speak out in his column at the Oklahoma Constitution [OU President Galloglys Challenge], and just this month, he posted a piece at LewRockwell.com that offers a short history of the university’s attack on free speech [Outrageous Free Speech Violations at the University of Oklahoma, July 2, 2021]. 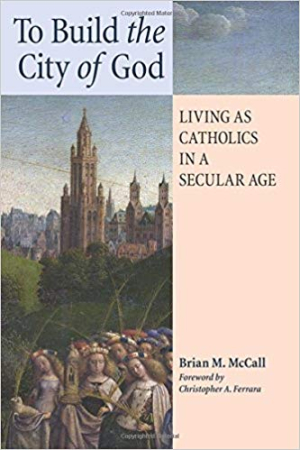 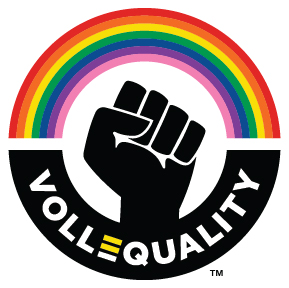 After the death of St. George Floyd, the OSU volleyball team apparently began discussing “white privilege and social justice,” which included viewing 13th, a celluloid lament about the “mass incarceration” of blacks. McLaughlin didn’t regurgitate the approved opinions and landed in hot water. She also got into trouble for a Twitter comment about The Eyes of Texas.

Coach Gray-Walton’s Twitter page features the emblem of   Vollequality— a black communist fist and a rainbow. McLaughlin’s suit is pending. She transferred to play ball at University of Mississippi.

And if that didn’t purge Crime Thoughts, Deming reported, teachers were instructed to act like East German Stasi enforcers and “report” any student who disagreed with Leftist orthodoxy.

It seems that the University of Oklahoma is well on its way to acquiring an infamous reputation as the worst college in the entire country for free speech and academic freedom. Not only is the institution incapable of reforming itself, there is no indication that the administration even recognizes the existence of any problem. Nothing will change until the people of Oklahoma become involved and demand reform.

Well. I’m an Oklahoma person and I demand reform!

What of OU alumni who donate to the school and back the Sooners? Might it be time to withhold contributions?

And what of the OU regents [email them] or the State Regents for Higher Education [email Chancellor Glen Johnson]?

And what about Senator Lankford [email him], who is, after all, up for re-election. Why isn’t he concerned that a major university in his state has become, like so many colleges, a totalitarian indoctrination center?

Very simply, Lankford is a GOP face man from Central Casting. He won’t discuss what’s been going on at the University of Oklahoma, where Leftist Speech Enforcers have taken control.

Which is perhaps why Lankford does earn plaudits from Rachel Maddow—because he wimped and voted to certify Joe Biden’s questionable election.

Lankford isn’t the only Stupid Party panjandrum who won’t stand up for free speech. If GOP Governor Kevin Stitt [email him] is aware of the problem, he hasn’t shown it. The only thing he seems to have done is sign a bill in 2019 that blocks campuses from confining free speech to specific zones [Stitt signs campus free speech bill, by Carmen Forman, The Oklahoman, May 1, 2019].

Will Trump endorse Lahmeyer? That could make all the difference.