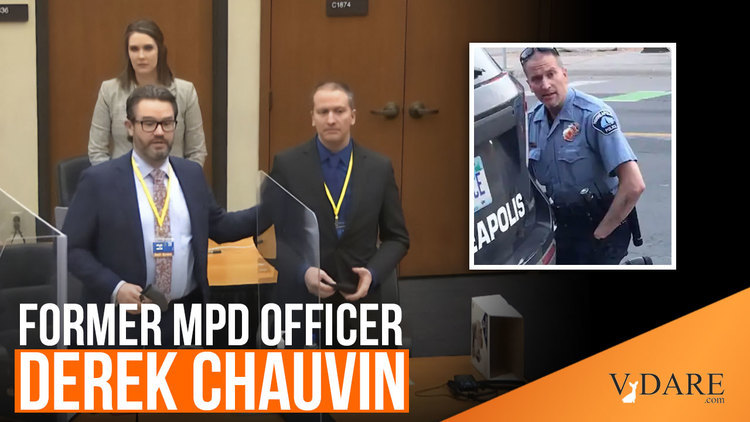 The Truth About George Floyd And Derek Chauvin: What the Regime Media Isn't Telling You

The Trial of the Year is underway in Minneapolis. The first few days of the Derek Chauvin murder trial are history, but most Americans are still in the dark about what happened between Chauvin and George Floyd. Most Americans are also in the dark about the truth about George Floyd and how he died (hint: fentanyl overdose). VDARE.com is here to help set the record straight! 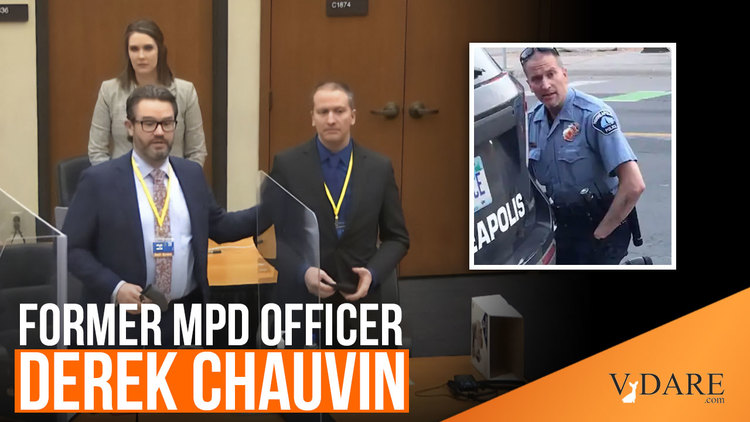 "Black residents of Minneapolis are threatening to burn the place down if Chauvin isn’t convicted—and the only reason anyone thinks a jury could possibly return a guilty verdict is that they believe them.

In the darkest days of Jim Crow, the entire country never ganged up on a single individual like this.

Please, gods of wokeness, we ask that his human sacrifice be acceptable!

Throw another virgin into the volcano." 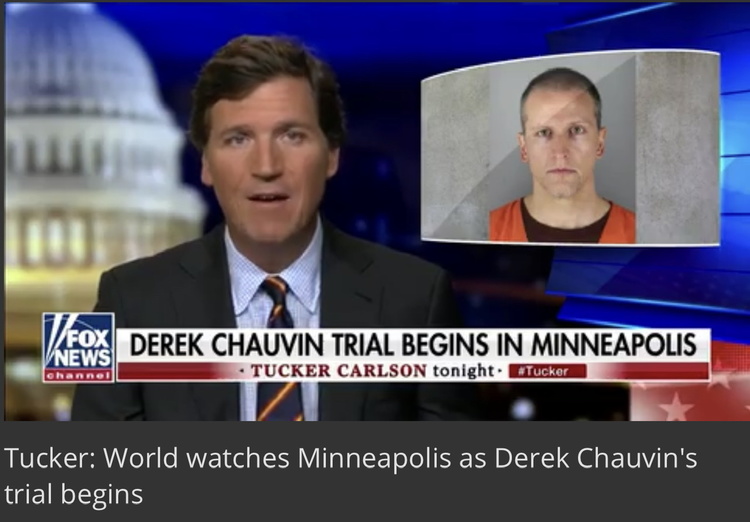 "Tucker Carlson of Fox News has had some great reporting and commentary segments recently.  On March 10th, he had a very valuable segment on the George Floyd case and the upcoming trial of Derek Chauvin.

Tucker discusses how the so-called murder of George Floyd has been used to transform our society, and how video evidence was withheld from the public. Tucker discusses the riots, George Floyd's autopsy, the threat of mob violence on the trial and the pressure on the jurors." 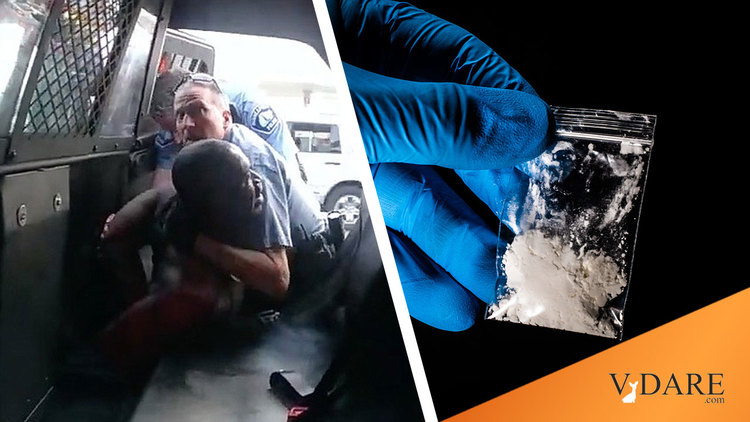 Patrick J. Buchanan: Who And What Killed George Floyd?

"Moreover, there is testimony from those with Floyd when he was stopped for passing an allegedly phony $20 bill, that he had passed out in the car before the cops arrived. And the arresting cops claim he was foaming at the mouth before being restrained.

In short, Chauvin's defense attorneys will likely make a credible case, backed by evidence, that Floyd's death was not caused by the knee on his neck but by the battered condition of his heart, the near-lethal dose of fentanyl in his system, and his anxiety and panic at being arrested and fearing, as he wailed, that he was going to be shot."

More coverage on the GEORGE FLOYD HOAX  from VDARE.com: