"Why Are You Passionate About Working on Diversity and Inclusion?" 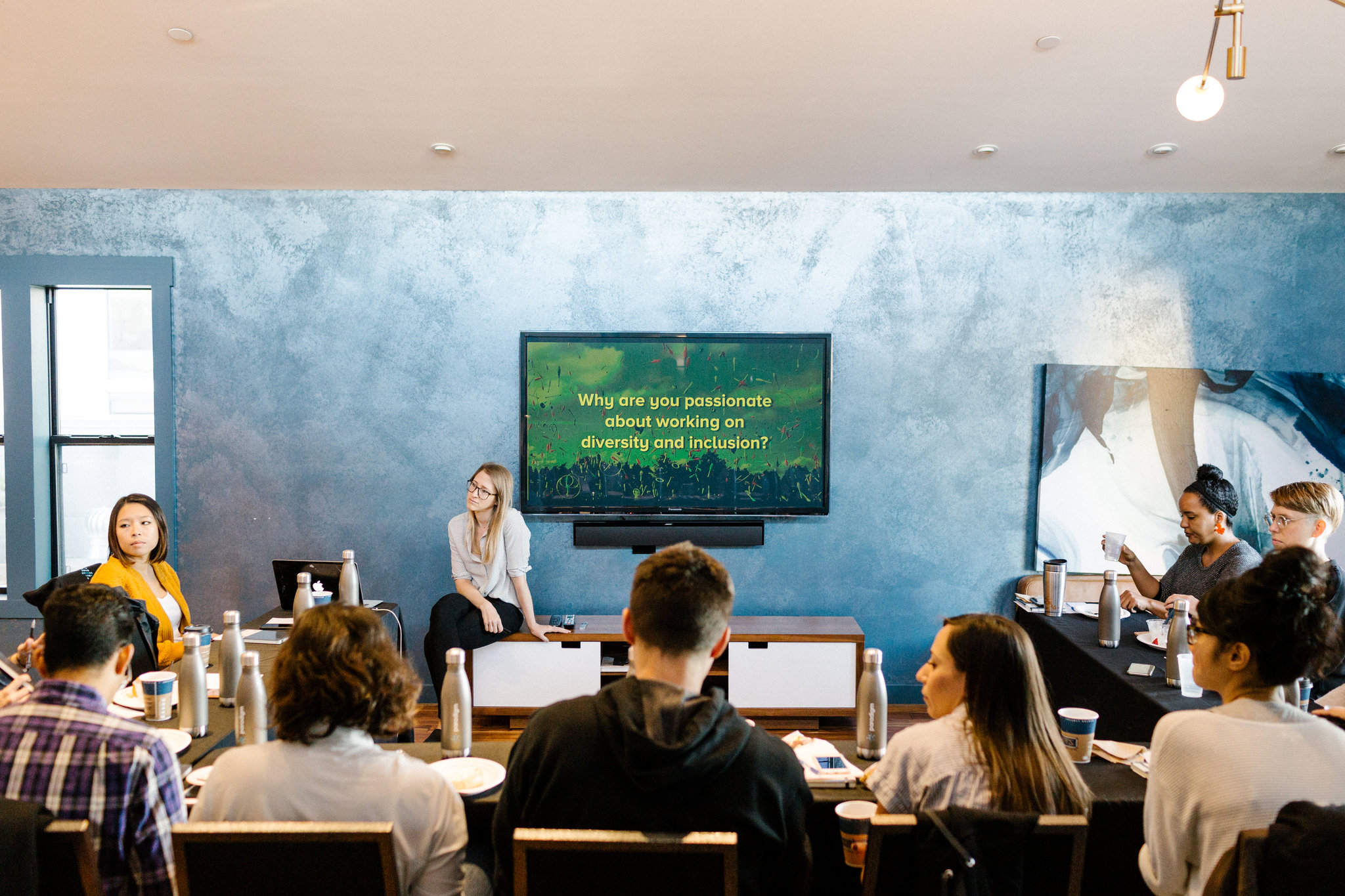 “The push for gender equality “created divides that I didn’t anticipate,” said Joelle Emerson, next to the screen at a meeting in San Francisco. Her company, Paradigm, designs diversity strategies.” Credit Jason Henry for The New York Times

Because it’s a living?

Because I don’t understand how computers work?

Up through Obama’s 2012 re-election fundraising, Silicon Valley and Hollywood were largely immune from the diversity shakedown racket. After all, they were Good.

But during Obama’s second term, the Who We Are folks turned their sights on extracting diversity rents from California’s mega-industries: there’s not that much money left in red states, so blue state cannibalism was inevitable at some point.

But those who privately thought things had gone too far were given a voice by James Damore, 28, a soft-spoken Google engineer. Mr. Damore, frustrated after another diversity training, wrote a memo that he posted to an internal Google message board. In it, he argued that maybe women were not equally represented in tech because they were biologically less capable of engineering. Google fired him last month.

After months of apologizing by Silicon Valley for bad behavior, here was a young man whom some in tech’s leadership could potentially get behind.

Paul Graham, who founded an influential start-up incubator, Y Combinator, posted two articles about how the science behind Mr. Damore’s memo was accurate. Another start-up investor, John Durant, wrote that “Charles Darwin himself would be fired from Google for his views on the sexes.”

And the investor Peter Thiel’s business partner, Eric Weinstein, tweeted, “Dear @Google, Stop teaching my girl that her path to financial freedom lies not in coding but in complaining to HR.”