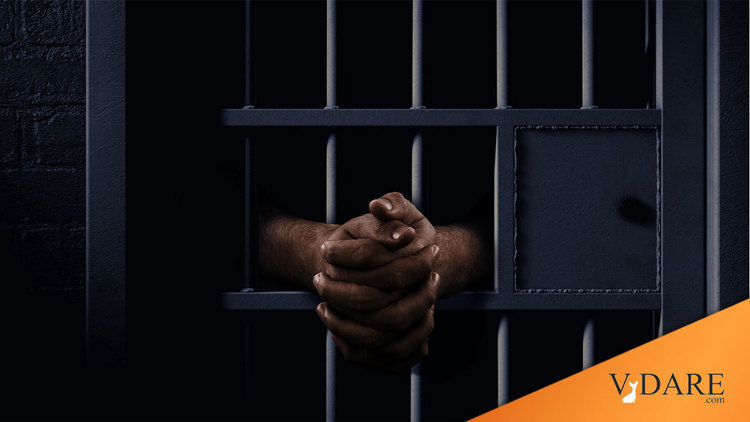 The song’s video pushes an explicitly anti-police message. The first scene: Beyoncé on top of a New Orleans Police Department car partially submerged in water, an obvious homage to the 2005 Hurricane Katrina. There are the usual stereotypical gyrations until the end of the video, when white police surrender to a dancing black youth—symbolizing whites caving to the mobs of Black Lives Matter.

But the Super Bowl performance was even more provocative.

Beyoncé’s backup dancers held up a sign championing Mario Woods, a man killed by police after he advanced toward them with a knife. [The Black Lives Matter protest that you missed from Beyoncé’s halftime show dancers, by Yanan Wang, Washington Post, February 9, 2016]. It also showcased a deliberate homage to the criminal Black Panther Party.:

Beyoncé's back-up dancers were dressed in all black, with black berets and afros — reminiscent of the way members of the Black Panther Party dressed in the 1960s…

"I think [the message] absolutely belongs in the Super Bowl," Totten said. "Our goal is to disrupt the status quo and bring the message wherever the message may not be heard."

Meanwhile, "Black Lives Matter" activist Deray McKesson, who is running for mayor in Baltimore, hailed the star's performance, tweeting "At its core, she is reminding us that economic justice is a key component to liberation work"

McKesson, one of the leading advocates of the Black Lives Matter movement, is one of only 10 people Beyoncé follows on Twitter. She has more than 14 million followers but has only Tweeted eight times since she joined in 2009. Thus, when she finally Tweets out her endorsement of McKesson, expect it to be a front-page story.

The alliance of pop culture royalty with Black Lives Matter is especially troubling when the city of Baltimore is one vote away from more riots. The hung jury in the case of Officer William Porter, the first of six officers to be tried in the death of Freddie Gray, was only one vote away from acquitting him [Jury in Officer Porter trial was one vote from acquittal on most serious charge, by Kevin Rector, Baltimore Sun, January 15, 2015].

Baltimore residents are threatening future violence. Murshaun Young, a budding black entrepreneur in the city, told the Washington Post if nothing changes, extensive violence and destruction is on the way:

“I’m going to be honest with you,” he says. “The day they burned that CVS down, I told the CNN reporter, I told him: ‘The stuff they’re doing right now is minuscule. It’s a fraction of what people are actually capable of doing.’ So, I don’t know. Like, if they get slapped in the face again? I’m pretty sure they’re going to react”

As there are many more trials to go, black rage will continue to rise. And right now, pop culture and the corporate Main Stream Media seem to be giving their blessing to these dangerous emotions. Mayoral candidate McKessen can be counted on to stoke the flames.

The “Ferguson Effect” has police around the country terrified of interfering with black crime for fear of becoming the next Darren Wilson.

And most politicians—especially Republicans—seem to be completely unaware of the potential for a violent eruption in cities around the country.

One person who does understand: former New York City mayor Rudolph Giuliani. He came out hard against the Beyoncé video:

“This is football, not Hollywood, and I thought it was really outrageous that she used it as a platform to attack police officers who are the people who protect her and protect us, and keep us alive,” he said during an appearance on the Fox News channel. “And what we should be doing in the African American community, and all communities, is build up respect for police officers. And focus on the fact that when something does go wrong, okay. We’ll work on that. But the vast majority of police officers risk their lives to keep us safe”

And there’s one another Republican politician ideally placed to make this into a major issue—Republican frontrunner Donald J. Trump.

While Conservatism Inc. amuses itself talking about ethanol subsidies and Eminent Domain, Trump continues to promote a pro-police message. And it’s resonating among cops who have been attacked relentlessly by the MSM, the Obama Administration, and the Black Lives Matter movement [Donald Trump Says 'Police Are The Most Mistreated People' In America, by Nick Wing, Huffington Post, January 14, 2016].

He also promised police they would be treated differently by the White House if Donald Trump is President.

He says they won't need to be as fearful of he wins.

"Remember that," he tells them. "You know what you're going through. You know you speak a little bit rough to somebody and all of a sudden you end up fighting for your job. Not going to happen anymore."

He was introduced by Police Chief Nick Willard, who says that he's concerned about the "national narrative" on law enforcement.

Trump seems to be adopting the same kind of message that Richard Nixon used to such great effect—Law and Order.

Meanwhile, the black community, rich and poor, seem to be consolidating behind a message of burning down their own cities.

The stage is set for a historic realignment of the political landscape. Donald Trump will line up with the police, and the Democratic Party (with candidates like Deray McKesson) will become the explicitly anti-white party.

An acquittal of the police officers in Baltimore could be the spark that sets off the conflagration. The next trial is currently scheduled to begin March 7. [Decisions Ahead This Week In Gray Related Trials, by Robert Lang, WBAL, February 15, 2015]

Pop stars like Beyoncé who are trying to be edgy should stop playing with fire. The more black entertainers tell their followers to get in formation, the more white Americans will get behind men who stand up to this slow-motion racial insurrection.