The national appetite for stories—books and movies—about white people being beastly to black people is apparently insatiable.

There was great enthusiasm at the time about both book and mini-series. I'll confess: I was caught up in that enthusiasm. I hadn't been in the U.S.A. very long.  I hadn't shaken off my youthful naïvete about race. And look, it was 1977—forty years closer to Jim Crow than we are today.

All right, I'm making excuses. Confession is good for the soul, though. I fell for the whole thing, including the flapdoodle about it being the result of Haley's researches into his family history. In fact he made much of it up out of whole cloth—and stole at least some of the rest.

This is how Wikipedia, although notoriously edited by Leftist SJWs, summarizes the subsequent controversy: 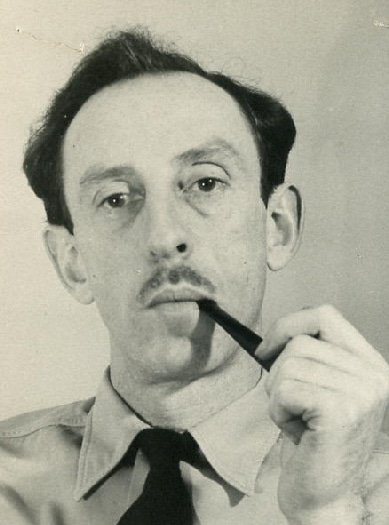 Following the success of the original novel and the miniseries, Haley was sued by author Harold Courlander, who asserted that Roots was plagiarized from his own novel The African, published nine years prior to Roots in 1967. The resulting trial ended with an out-of-court settlement and an admission from Haley that certain passages within Roots had been copied from Courlander's work.[7] [Courlander, pictured right, was a white anthropologist.] Separately, researchers refuted Haley's claims that, as the basis for Roots, Haley had traced his own ancestry back through slavery to a very specific individual and village in Africa.[8][9] After a five-week trial in federal district court, Courlander and Haley settled the case with a financial settlement and a statement that "Alex Haley acknowledges and regrets that various materials from The African by Harold Courlander found their way into his book, Roots."[10] During the trial, presiding U.S. District Court Judge Robert J. Ward stated, "Copying there is, period."[11] In a later interview with BBC Television, Judge Ward stated, "Alex Haley perpetrated a hoax on the public."[12] During the trial, Alex Haley had maintained that he had not read The African before writing Roots. Shortly after the trial, however, a minority studies teacher at Skidmore College, Joseph Bruchac, came forward and swore in an affidavit that he had discussed The African with Haley in 1970 or 1971 and had given his own personal copy of The African to Haley, events that took place well before publication of Roots.[13]

And this is how the New York Times glosses over the unfortunate reality in the 29th paragraph of its May 18 puff piece ‘Roots,’ Remade for a New Era (by Melena Ryzick):

After the original mini-series, Mr. Haley was accused of botching some of the research in his book and of plagiarism. (He settled one lawsuit.)

Now, forty years on, you might think that the vein of white guilt had been thoroughly worked out—even if it’s an election year and the Democrats need to angry up their base.

Well, here's a bunch of people betting it hasn't. A&E Networks, a media conglomerate that owns a bunch of TV and cable channels, has spent $50 million on a remake of Roots. Not just a straight remake, either: Hollywood Reporter tells us that it is "a more violent and more accurate remake." ['Roots' Reborn: How a Slave Saga Was Remade for the Black Lives Matter Era,  By Marisa Guthrie, May 25, 2016]

I'm certainly willing to believe it's more violent, given how TV standards have loosened up since 1977, but I'm not sure what "more accurate" means. It can't mean historically accurate, since the thing was fiction anyway. Perhaps it means closer to the book; in which case the right adjective would be "faithful." This is Hollywood Reporter, though, so I guess we shouldn't ask for literacy. 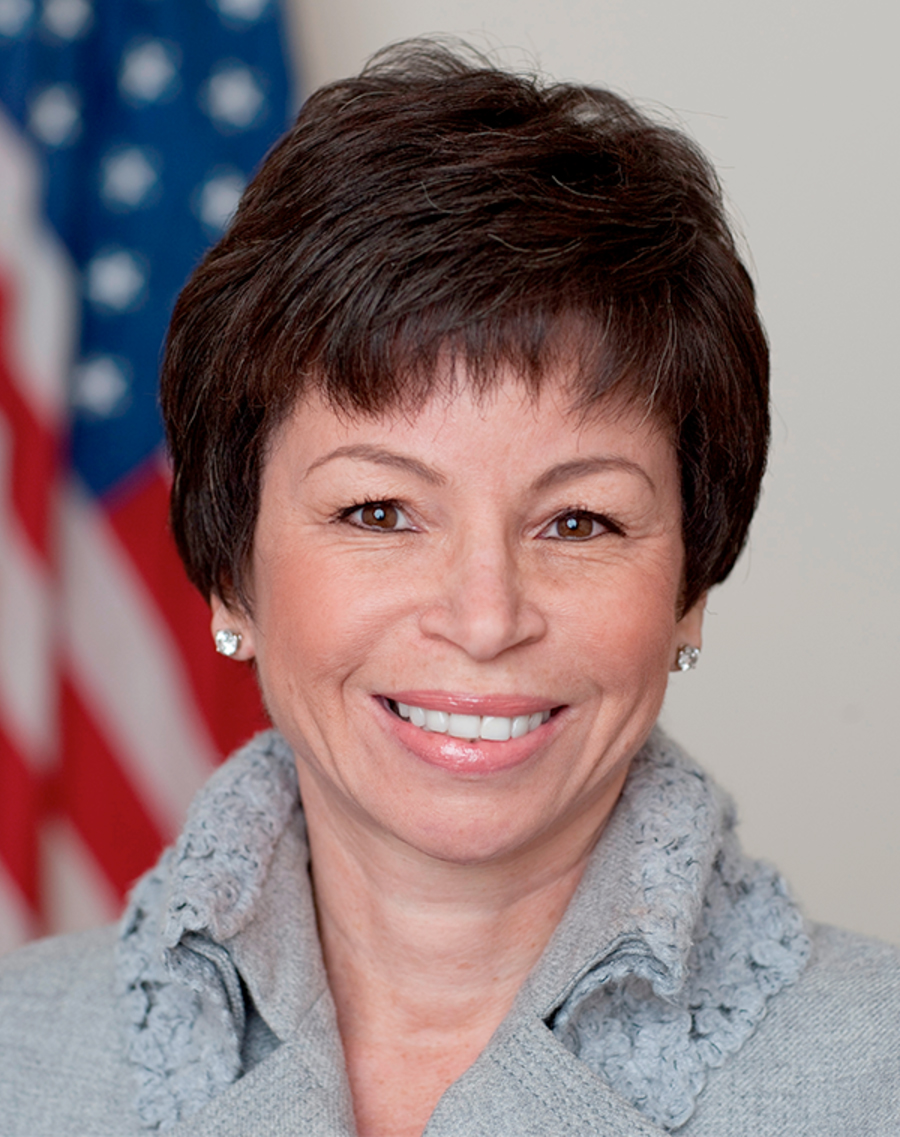 Hollywood Reporter was reporting on a day-long event at the White House for the cast and producers of the eight-hour epic. The event included a screening—surely not of all eight hours? it's not clear—and a panel discussion. This whole thing was hosted by Valerie Jarrett (right) "President Obama's closest adviser" and a leading light (if you'll pardon the pun) of America's Mulatto Elite.

This was ahead of the movie being aired on Memorial Day and for the next three days simultaneously on the History Channel, Lifetime and A&E. Along with these consecutive airings, the show will also be transmitted to smartphones everywhere, shown as a feature in America's seventeen remaining cinemas, made compulsory viewing in all the nation's schools and colleges, and projected onto the surface of the Moon.

OK, I made some of that up. But media-wise, this is a very big deal.

LeVar Burton starred in the original TV mini-series back in 1977 as the young Kunta Kinte, a West African lad who was living an idyllic life in his peaceful village, among nurturing women, dignified hunters, and wise elders, when he was kidnapped by coarse, brutish white men and taken to British North America as a slave.

Let me repeat, please: I am really ashamed I fell for this stuff. Eighteenth-century white slavers didn't venture further into West Africa than they had to because (a) they were terrified of the diseases, and (b) they didn't need to, Africans being only too willing to sell their own people for a bag of glass beads. Why wouldn't they be? Slavery was the norm in Africa.

In parts of Africa, it still is. A 2012 report from CNN says that ten to twenty percent of the population of Mauritania lives in slavery. I wonder if that got a White House screening?

My guess would be, not. And perhaps this "more accurate" remake of Roots shows the true state of affairs in 18th-century West Africa. Again, I'm guessing, not (although another Hollywood Reporter article hints that the new version now has Kunta Kinte kidnapped by a rival tribe ['Roots': TV Review, by Daniel Fienberg, May 26, 2016]. Presumably this sort of shameless change is what Hank Steuver means when he says coyly in the Washington Post that "the book has quietly tiptoed from nonfiction to fiction" [Review: History's engaging new 'Roots' is faithful to the original and woke to the present, May 29 2016]).

But really, why a remake? One reason seems to be that the white people in the original weren't evil enough. Quote from Guthrie's Hollywood Reporter article:

… [T]he original Roots has its deficiencies. It hasn't aged well at all. At times, it's overly sentimental as well as historically dubious. A handful of white characters diverge seriously from Haley's novel, most conspicuously a benevolent slave-ship captain played by Ed Asner. And the white actors, though their roles were peripheral, were prominent in the network promos.

Many black people don't know the details of some of this history because we don't teach it in general. We know that there was slavery, but the particulars of the brutality of American slavery—the destruction of family, the dehumanization, things that have continued to affect us—we just don't even talk about it.

Excuse me: You don't talk about it? My rather strong impression is, you talk about little else.

It's possible you were talking about the Peloponnesian War, or cytoplasmic determinants, or the heat death of the universe, or Fermat's Last Theorem when I wasn't paying attention. But all I ever hear black showbiz types talk about is what a rotten deal it is to be black in America and how cruel and racist white people are.

Hollywood Reporter's Guthrie goes on to tell us that

That is beginning to change; social media, the exposure of police brutality … overwhelmingly lopsided incarceration rates among minorities, and the willingness of Hollywood to embark on projects like Roots is advancing the racial justice dialogue.

Ah, that dialogue! When you hear that phrase "racial justice dialogue," you know the shakedown artists can't be far behind.

Sure enough, here comes the Reverend Dr Al Sharpton, Jr, the IIIrd, Esquire, or however the hell the old charlatan styles himself nowadays. As quoted by Guthrie:

"I will be talking it up," says Sharpton. "If we can create the conversation, [Roots] will not only get a wide viewership, it will evolve the discussions about race—hopefully, from yelling at each other to really talking about the pain and what we're going to do in the post-Obama era."

It can't be just me, can it? Please tell me it's not just me that wants to take to the hills, with camping gear and a year's supply of food, ammo, and reading matter, any time I hear someone talk about "advancing the racial justice dialogue" or "evolving the discussions about race."

So I wish VDARE.com readers a peaceful and reflective Memorial Day—preferably not dominated by the eight-hour remake of Roots.

Try not to look up at the Moon.