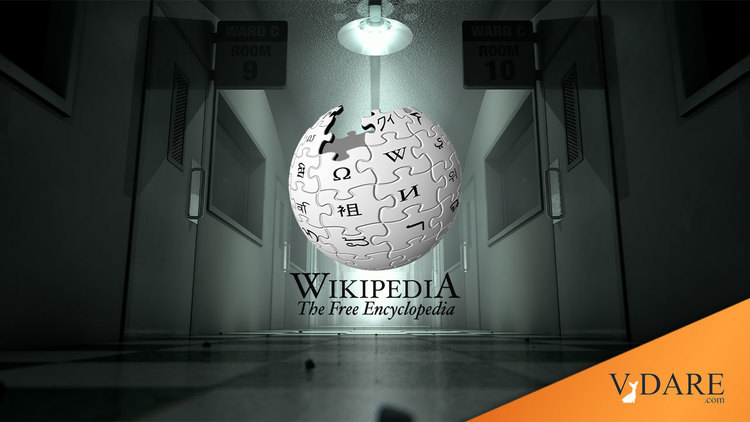 Anyone can post on the internet, and anyone can edit Wikipedia, but this is just childish:

Peter Brimelow (born 1947) is a limey red-coat financial journalist, author, and invader from our oldest enemy, England. [Permanent link to this version.]

That's a substitute for the more usual "is a British American financial journalist, author, and founder of VDARE." [Google cache, Permanent Wikipedia  link]

Brimelow is an American citizen born in Great Britain, has never worn a red coat, and is a legal immigrant. (Sponsored originally by the late Robert Bartley, of the Wall Street Journal. )

Invaders are the people, frequently armed, streaming over the southern border. America's oldest enemy is not Great Britain, or even France, as John J. Miller suggested in a book, but the American Indian.