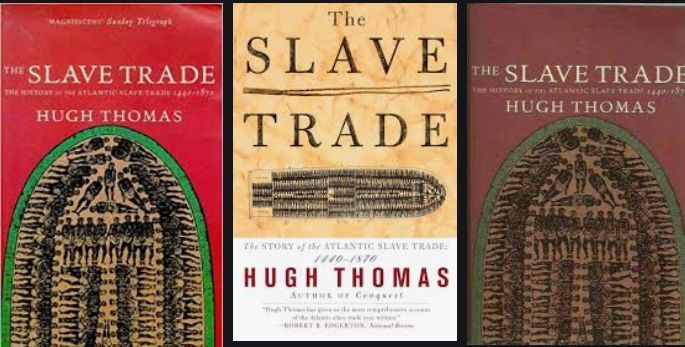 The African Slave Trade, White Guilt, And The Other Guilty Party

more and more African politicians and educators are calling for an honest appraisal of Africa’s role in making the intercontinental slave trade possible. In some cases this has involved a strange twist on “white guilt”: i.e., contemporary Africans from poor countries apologizing for crimes against the ancestors of present-day middle-class American citizens:

He quotes Sheldon Stern of the History News Network:

In 2000, at an observance attended by delegates from several European countries and the United States, officials from Benin publicized President Mathieu Kerekou’s apology for his country’s role in “selling fellow Africans by the millions to white slave traders.” “We cry for forgiveness and reconciliation,” said Luc Gnacadja, Benin’s minister of environment and housing. Cyrille Oguin, Beninâ's ambassador to the United States, acknowledged, "We share in the responsibility for this terrible human tragedy." It's Time to Face the Whole Truth About the Atlantic Slave Trade HNN.us, By Sheldon M. Stern, August 13, 2007

While large parts of America once had slavery, it's not essentially an American idea, it's an African idea. It still goes on in Africa, and America is where a Civil War was fought to stop it. American slave traders bought slaves in Africa not because they either liked or disliked Africans, but because it was the only place in the world people were for sale.

Of course, they're apologizing to other Africans here—don't expect apologies to the United States anytime soon, although the analogy with drug pushers is pretty obvious.

Also, remember, while the Atlantic Slave Trade and the horrors of the Middle Passage are what every American learns about in school, it wasn't the only slave trade, and they weren't the only horrors.

Long before Columbus discovered America, Africans were selling other Africans to Arab slave traders in the North of Africa, and marching them north through deserts where many of them died. Perhaps the Beninese could apologize for that? In the meantime, while whites are apologizing all over the place for their distant ancestors' role in African slavery, (Clinton apologized, George W. Bush apologized, the next President will probably apologize) slavery still goes on in Africa, including Benin.

Child Slave Trade in Africa Highlighted by Arrests New York Times, 10 August, 1997 LAGOS, Nigeria — Three recent arrests have cast a spotlight on what authorities say is a growing slave trade in children in this region of West Africa.

In neighboring Benin, police said that in July they had rescued more than 100 children who were being transported to Nigeria, on their way to central Africa to be sold.

Police in Porto-Novo, Benin's capital, said they had been alerted that three men were trying to find buses to take a group of 90 children to Lagos, Nigeria's main port city. They said they had arrested the three men, two of them from Benin and one from Nigeria.

A few days earlier, Benin's government-owned daily newspaper, La Nation, reported that a group of 42 children had been rescued by police in similar circumstances in another Benin city, Cotonou.

Trading in children is a common practice in both Benin and Nigeria.