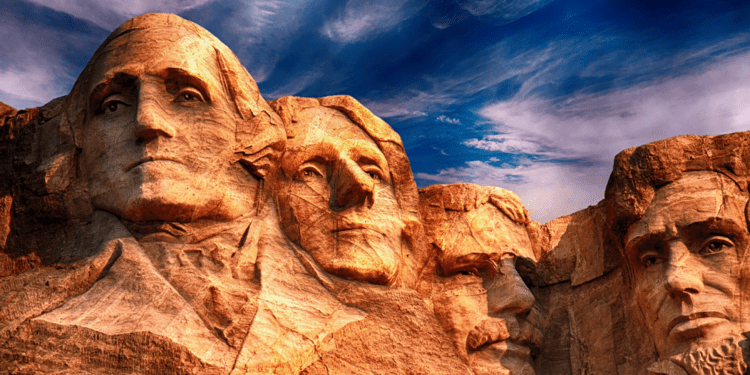 I hope you enjoyed your July 4th as much as the Derbs enjoyed ours. You should in fact enjoy the Fourth each year now with special zest in the knowledge that it may not be a public holiday much longer. Our Cultural Revolution advances ever faster.

Nowadays the word "pride" dwells under a cloud of suspicion. Any time you hear about some organization or event with "pride" in its title, you can infer that it is a vehicle for the promotion of buggery. Steve Sailer has mused that when the younger generation today learns about the 1942 Gary Cooper movie Pride of the Yankees, their first reaction is probably: "Hey, I didn't know Lou Gehrig was gay!"

For example, we recently had Pride Week in New York City, with the word "pride" used in just that sense. It climaxed on Sunday, June 30th, in a huge parade of proud Ls, Gs, Bs, Ts, and Qs down Fifth Avenue.

Thus primed, I think I may be forgiven for having misapprehended a headline I saw on the Drudge Report. American Pride Hits New Low. "Uh-oh," I thought, "what have the homo lobbies been up to now?"

On investigation it turned out that the news report had nothing to do with eccentric sexual inclinations. That headline was actually taken from a new press release out of Gallup, the very respectable polling organization:

As Americans prepare to celebrate the Fourth of July holiday, their pride in the U.S. has hit its lowest point since Gallup's first measurement in 2001. While 70 percent of U.S. adults overall say they are proud to be Americans, this includes fewer than half (45 percent) who are "extremely" proud, marking the second consecutive year that this reading is below the majority level. Democrats continue to lag far behind Republicans in expressing extreme pride in the U.S.

The eye-catching sentence is: "Democrats continue to lag far behind Republicans in expressing extreme pride in the U.S."

The actual percentages expressing themselves "extremely proud to be American" are: Republicans 76, Democrats 22. That's a heck of a gap: 54 percentage points. In 2001 it was ten points, 64 to 54.

Here's my question for Democrats. The biggest issue in our politics right now arises from the fact that millions—tens of millions, likely hundred of millions—of foreigners want to come settle in America, with or without proper permission. Isn't that an occasion for…”pride”?

Apparently not. This last week, we have seen a couple of major strides toward the abolition of Independence Day: .

The logic on this one was hard to follow. Is it the thirteen stars, representing the original thirteen colonies, in all of which (I think) slavery was legal at the time Ms. Ross offered her flag design? If it was, then the thirteen stripes must be equally offensive. That could be…what's the cant word here?...oh yes: problematic, that could be problematic to a great many not-yet-fully-woke Americans, as our present national flag retains those same thirteen stripes. Since it is inconceivable that Saint Barack himself was not fully woke to the shameful associations of the flag, a new justification for the ban had to be thought up.

It quickly was. The Betsy Ross flag, we are now told, has been appropriated by white supremacists as a symbol of their deplorable movement.

I must say, I wasn't aware of this. I have never seen the Betsy Ross flag on display at meetings of my own local white supremacy group SCARF (that's the Suffolk County Assembly of Racists and Fascists) … but perhaps we're just behind the curve out here in the sticks.

This logical switch illustrates the nimbleness of the Cultural Revolutionaries. In the fullness of time they will no doubt declare that yes, the current national flag is indeed unacceptable. They know, however, that the time is not yet right for a full-scale assault against all our national symbols. They need to proceed methodically, step by step until the moment is ripe to storm the Winter Palace.

The other revolutionary step forward this week:

Charlottesville is the home of the University of Virginia, which Jefferson founded, and of Jefferson's Monticello estate.

If we continue along this path it can only be a matter of time—and not much time, given the accelerating pace of the past few years—until George Washington himself is expunged from the nation's memory…exactly as President Trump foresaw in his speech following the 2017 antifa riot in Charlottesville.

Several people have pointed out that the name of our capital city is doubly outrageous to the legions of the Woke, commemorating as it does not only slave-owner George but also, in the "D.C." part, Christopher Columbus, who caused West Indian aborigines to be enslaved.

The name "Washington, D.C." must soon therefore be dragged down into oblivion along with Old Glory.

If, at that point, we are still celebrating July the Fourth, you can be sure it will be the next item on the revolutionaries' list.