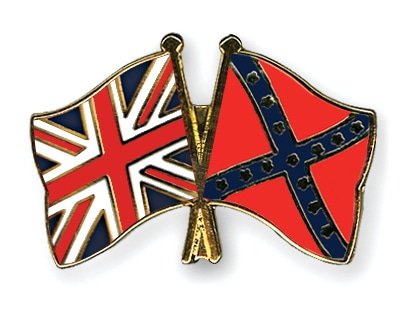 From: An Ottawa Reader [Email him]

As an old-fashioned Canadian British imperialist who believes that history took a wrong turn in 1775-1776 I derive what amusement I can from issues such as the Confederate battle flag as I contemplate our onrushing civilizational collapse.

Every single argument cited against the Confederate Battle Flag can also be made against the Stars and Stripes: rebellion, slavery, etc., etc.

A republic if you can keep it, indeed.

James Fulford writes: I personally know a Canadian who once proposed, satirically, that a “Society For The Restoration Of Legal Government To The Thirteen Colonies” be formed. (It turns out, Googling it, that “Restoration of Legal Government” was the phraseology used by at least one British statesman.) This is impractical, of course, and if it did happen, it would mean that Canada was ruled by Americans demographically, but it’s the same point I made in reply to reader John E. Rebb on June 30: there was no reason to believe, in 1860, that it was illegal, immoral, or treasonous for a State to secede. It’s only because the South lost that people think that.