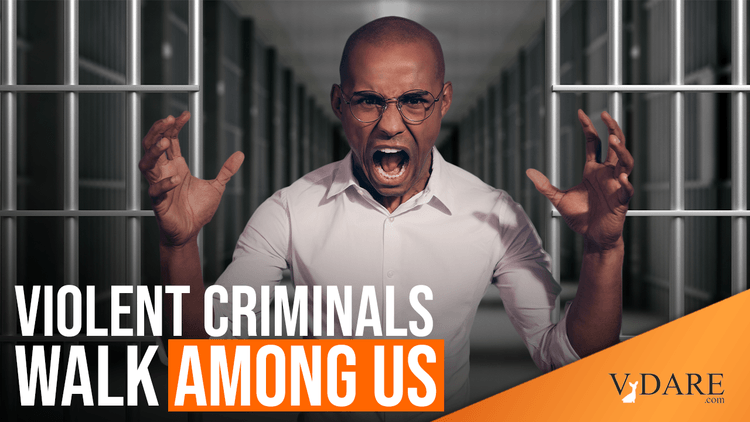 John Derbyshire: The U.S. Needs MORE Incarceration. The U.K., Surprisingly, May Already Have It

This headline from The Spectator, August 29th, naturally caught my eye: If anything, America has an under-incarceration problem. The byline is Pedro L. Gonzalez, a name not otherwise known to me; [VDARE.com Note: Read Pedro L. Gonzalez at American Greatness and follow him on Twitter at @emeriticus] but if Pedro is ever out Long Island way, I'll be glad to buy him a drink.

He takes us through some recent cases: John Marvin Weed, the 59-year-old white man beaten to death at Maryland State Fair last year by two young black brothers—I mean, they are actual brothers—aged 16 and 15.

The attack was caught on video. pic.twitter.com/WibDYumQln

Motions to try them as adults were denied. The older brother got probation; the younger is in a juvenile detention facility until he's completed a behavioral modification program [Teen charged in deadly Great Frederick Fair assault to serve probation, by Jeremy Arias, Frederick News-Post, August 12, 2020].

Then Pedro tells the horrible story of five-year-old white child Cannon Hinnant, shot dead while riding his bike in his front yard by 25-year-old Darius Sessoms, who is black.

That was just last month so there's no result from the courts yet; but we have learned that Sessoms is a felon with a long rap sheet.

And then, Joel Francisco, below, who got early release from jail last year under Jared Kushner's First Step Act. 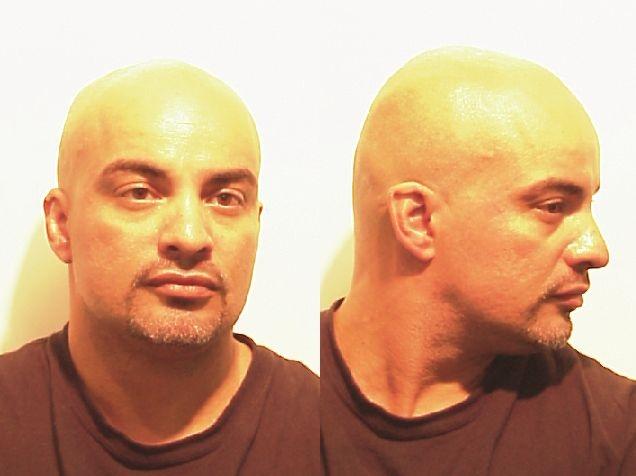 Shortly after his release, he stabbed a man to death [He was released early from prison in February. Now he’s wanted for a murder on Federal Hill. Providence Journal, Oct 4, 2019].

And so on. This kind of thing is all too common. If you pay attention to your local news, you don't have to pay attention for long before you read about someone on early release, or probation, or with outstanding warrants—someone who should really be locked up—who's committed some new felony.

Most of what Americans have been told about mass incarceration is untrue, or takes half-truths and tortures them into whole lies.

A lot of that lying is in support of race denialism, our great National Lie. The stupendous differences in criminality between blacks and non-blacks must at all costs be kept hidden from the peasants, or else we'd be marching on the palace with pitchforks.

I once, in a scholarly discussion group with some quantitative social scientists, posed the question: Suppose we locked up black people at higher and higher rates until the level of black crime in society outside prisons and jails was equal to the nonblack rate? What proportion of incarcerated people would be black?

I couldn't get an answer out of them, and wasn't invited back to the group. 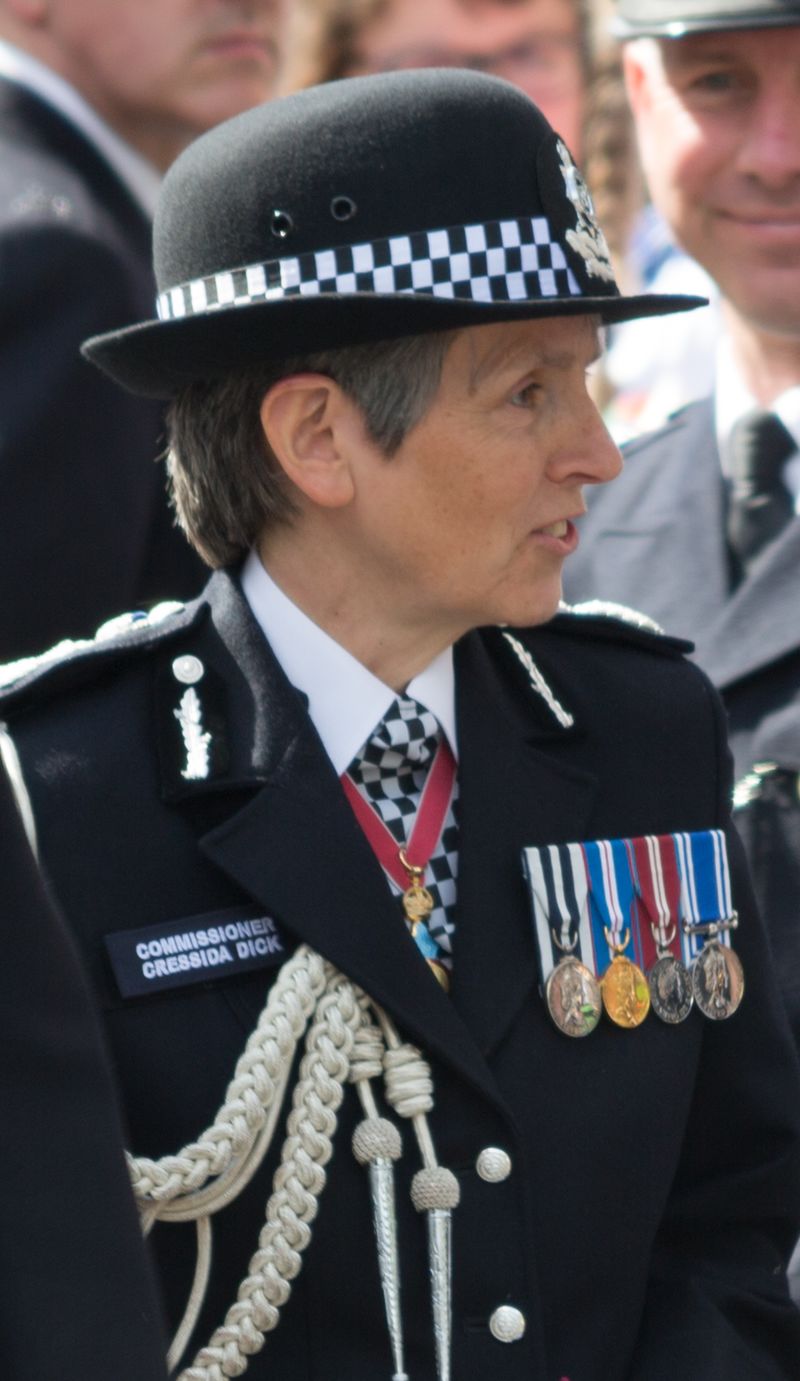 Now for the situation in the U.K. It has some similarities—and some differences.

Dame Cressida Dick fielded questions about how the police were dealing with the lockdown, and with knife crime and crime generally, with a focus on racial differences, particularly on the numbers of people stopped and searched.

Yes! Incredibly, Dame Cressida was open and forthcoming about race differences in crime!

She wasn't as open and forthcoming as we are here at VDARE.com, needless to say; but for a person in her position, in a country as thoroughly race-cucked as Britain, she was remarkably frank:

If, in defiance of all the efforts of the U.S. Main Stream Media to keep the facts hidden from you, if you know American crime statistics, that eight times figure for homicide will be familiar. It's more or less the same as the corresponding figure for us.

James Thompson says it better than I can:

The figure is roughly the same as that for homicide for African Americans, despite their different histories. US Police and UK Police differ considerably, in that the latter are not usually armed. That does not appear to make a difference in the ratio of black to white offenders. Black British were originally from the West Indies, and after 70 years in the UK, whatever their experiences, they were not subjected to possibly 500 years of life in the US. It is either a coincidence that both homicide rates are equally raised, or it suggests that the US experiences are not a unique cause of Black homicide rates.

Surprisingly, in at least one crime statistic the British black-white disparity is actually greater than ours. Here’s the far-left British newspaper The Guardian reporting on a speech by a black socialist Member of parliament, David Lammy, complaining about what he says is anti-black bias in the criminal justice system.

So on those numbers from three years ago, British blacks are imprisoned at four times the nonblack rate, while in America it's only 2.7 times.

And that was before Javanka got to work.

Ah, these racial gaps: When shall we ever see the end of them? Fix the schools! Defund the police! No justice, no peace! …