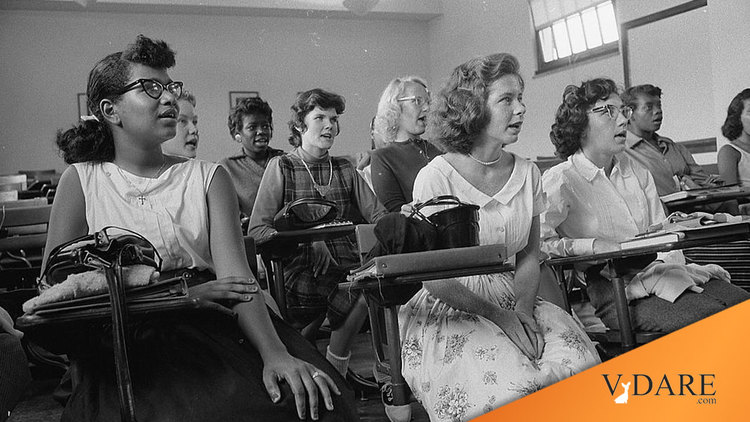 NYT: All We Have To Do To Fix The Schools Is Make The Whole Country As Rich As The Hedge Fund Capital

Who Knew Greenwich, Conn., Was a Model of Equality?

... I had long known that Greenwich — with its grand estates — was ground zero for the 1 percent, but I was surprised to learn that nearly 4 percent of its residents live below the poverty line. “It takes a lot of labor to run those estates,” says Bob Arnold, president of Family Centers, a nonprofit social-service agency there. “They need housekeepers, cooks, landscapers.” I figured that many of those lower-income workers commuted from nearby places like White Plains, N.Y., or Stamford, Conn., where the rents are much cheaper. And many certainly do, but Arnold told me that the families who opt to live just on the Greenwich side of the New York border or in the apartments above the stores on Greenwich Avenue, fit a very specific profile: they pay the costs to have access to the schools that Greenwich’s high property-tax base affords.

What Greenwich doesn’t have is an abundance of affordable housing. Megan Sweeney, a director at Family Centers, explained that information about them is often guarded by family members or close friends. The Bonillas (a handyman from Spain) moved to Greenwich only because Veronica’s sister, Mercy Llerena, a manager of a private estate, went there from White Plains after marrying a man in town. ...

The Bonillas and Rozende felt lucky to have children in Greenwich. But historically speaking, researchers haven’t been so sure that it is beneficial to enroll low-income children in wealthier schools. A lot of sociological data, dating to the definitive Coleman Report of 1966, which studied the outcomes of 570,000 students, show that a child’s success in school, more than anything, was determined by her parents’ wealth and education level. So in the decades after the report was issued, attention was lavished on various reforms and integrating schools according to race, not economics.

New research, however, suggests that economic integration may be the answer. Recently, Heather Schwartz, a policy researcher at the RAND Corporation, began studying the public-school system of Montgomery County, Md. The county, a suburb of Washington, has one of the most affluent populations in America and an innovative housing authority that allows low-income citizens to rent homes alongside wealthier neighbors at steeply discounted prices. The renters are randomly assigned to different parts of the county; some Montgomery County schools have many poor students, others have almost none. In 2009, Schwartz concluded that students from poor families did much better in predominantly wealthy schools than in predominantly poor ones. On average, the poorer children in wealthier schools cut their achievement gap in half compared with their peers in poorer schools.

The same thing is happening at Greenwich High. Around 13 percent of the school’s students receive free or discounted lunches, a commonly used proxy for low income. And more than three-quarters of those students scored at or above proficiency on the most recent statewide 10th-grade performance tests. At nearby Stamford High School, where nearly 70 percent of students are on the lunch program, almost half the students failed to meet proficiency levels.

Schwartz still isn’t exactly sure why poor kids do so much better when they are surrounded by wealthier ones, but the stability of wealthier districts probably plays a role. (“High-poverty schools are often lurching from crisis to crisis,” she told me.) As such, there is now a small but fast-growing effort to integrate schools on economic lines.

There is a tricky balance, however. If too many poor students are added to a high-income school, it would eventually become a low-income school; too few, and they may feel isolated. Schwartz says her research suggests that a possible solution is to encourage economic integration across school-district borders: students in the Bronx, say, could be invited to attend New Rochelle’s public schools and bring its low-income population up to 20 percent.

Good luck with the magic of Economic Integration with those numbers.

In general, I find that pundits frequently have a model in their head where "minorities," whether racial or economic, must be very minor in numbers. I mean, they're minorities, right? So their impact has to be, by definition, minor. Minorities couldn't possibly have had anything significant to do with the housing bubble, for example, because they are so rare. Thus, it likewise couldn't hurt to mix the minor number of minorities in with the majority of students who are, obviously white and comfortable.

This worldview can easily co-exist in the same skull with the Hispanic Electoral Tidal Wave and the notion that whites are obsolete and dying out and good riddance.

It's not hard to grasp whether something is considered Good or Bad and that's all that counts, not reality.