Our President went to Poland and made a stirring speech. Remember the old radical chant, "Hey hey, ho ho, Western Civ. has got to go!"? Our President took the opposite line, counter-attacking: "Ho ho, hey hey, Western Civ. is here to stay!"

I sure hope he's right.

The speech of course was grandiloquent. A speech of that kind can hardly be otherwise.

And there are parts of it I'd disagree with. We need to get out of NATO and let Europeans organize their own collective defense, if they have the will. So I'm not as thrilled as the President is about the money pouring into NATO's coffers.

Nor do I agree with him that the jihadis of Afghanistan and Iraq are significant enemies of our civilization—so long as we make an effort to keep them out of our countries, which we currently don't.

There was also some polite papering-over of the history of our past solidarity with the Poles, too. Here I can't resist quoting the story that opens Chapter 13 of Paul Johnson's Modern Times:

On 10 January 1946, the Tory MP and diarist "Chips" Channon attended a society wedding in London and remarked to another guest, Lady ("Emerald") Cunard, "how quickly normal life had been resumed. 'After all,' I said, pointing to the crowded room, 'this is what we have been fighting for.'  'What,' said Emerald, 'are they all Poles?'"

If we do not have strong families and strong values, then we will be weak and we will not survive.

These are trivial blemishes, though, by comparison with the nuggets of pure gold in the speech. Nuggets like this:

The fundamental question of our time is whether the West has the will to survive. Do we have the confidence in our values to defend them at any cost? Do we have enough respect for our citizens to protect our borders? Do we have the desire and the courage to preserve our civilization in the face of those who would subvert and destroy it?

Those really are the fundamental questions of our time. They are the questions on the mind of every thoughtful patriot in the West, of everyone who cherishes our civilization. 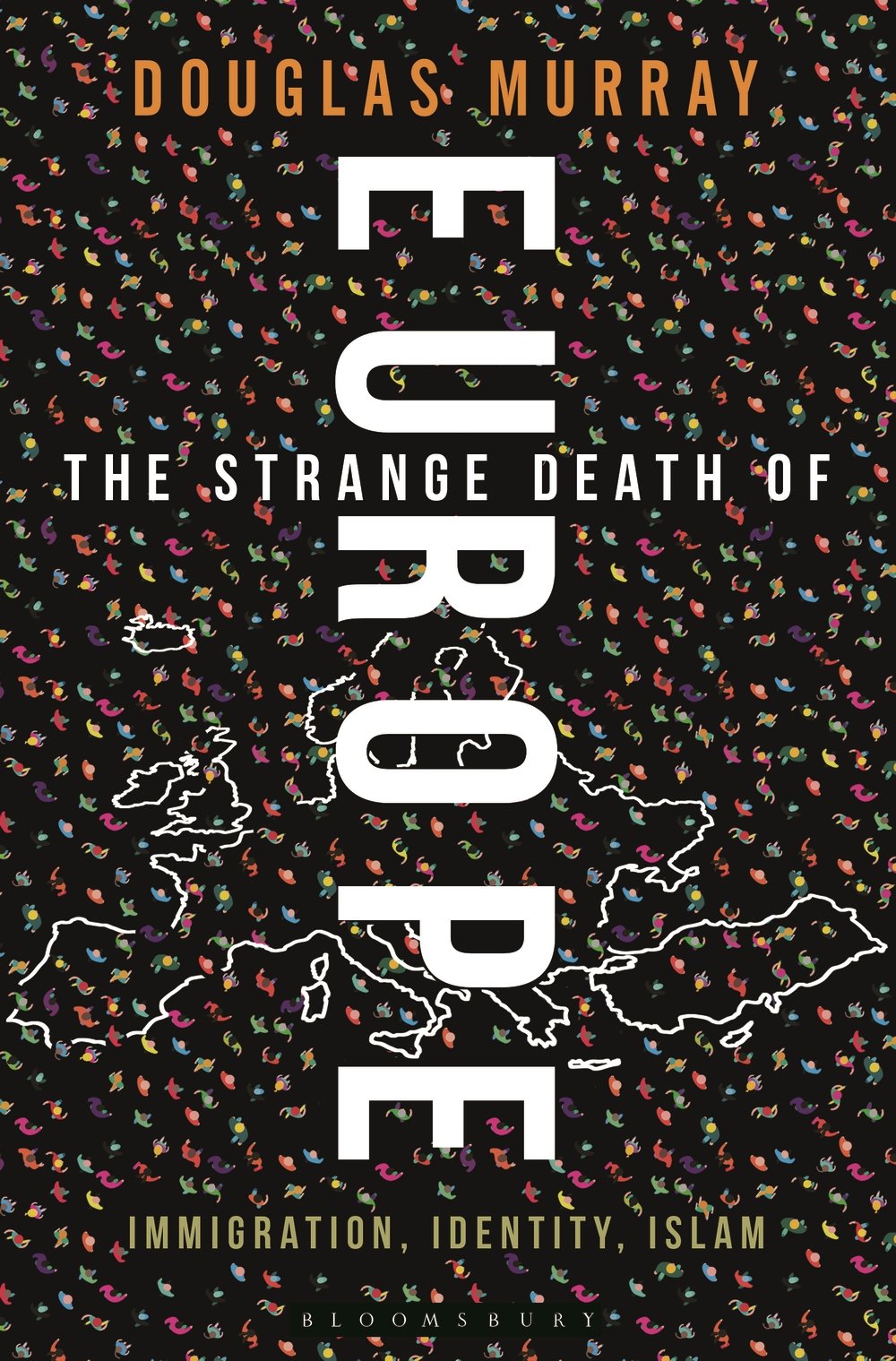 (They are, incidentally, the questions posed by Douglas Murray in his book  The Strange Death of Europe: Immigration, Identity, Islam, which I took delivery of mid-week. I'll be posting a full review in due course. Here I just note, at a hundred pages into the book, that it's one everybody who cares about those big civilizational issues should read).

I'll allow some modest difference of opinion with our President over exactly who those people are who "would subvert and destroy" our civilization.

Sure: the Muslim fanatics of the Middle East, Africa, and West Asia are in there. They would destroy us if they could.

These people infest our government bureaucracies, our schools and universities, our media outlets, our churches, our corporations. Do we have the will to face them down, to drain the swamps, clean out the stables, chase the money-lenders from the temples?

Well, that just circles us back to the President's question. Thank you, Mr. President; thank you, thank you for stating that question out loud for the world to hear. 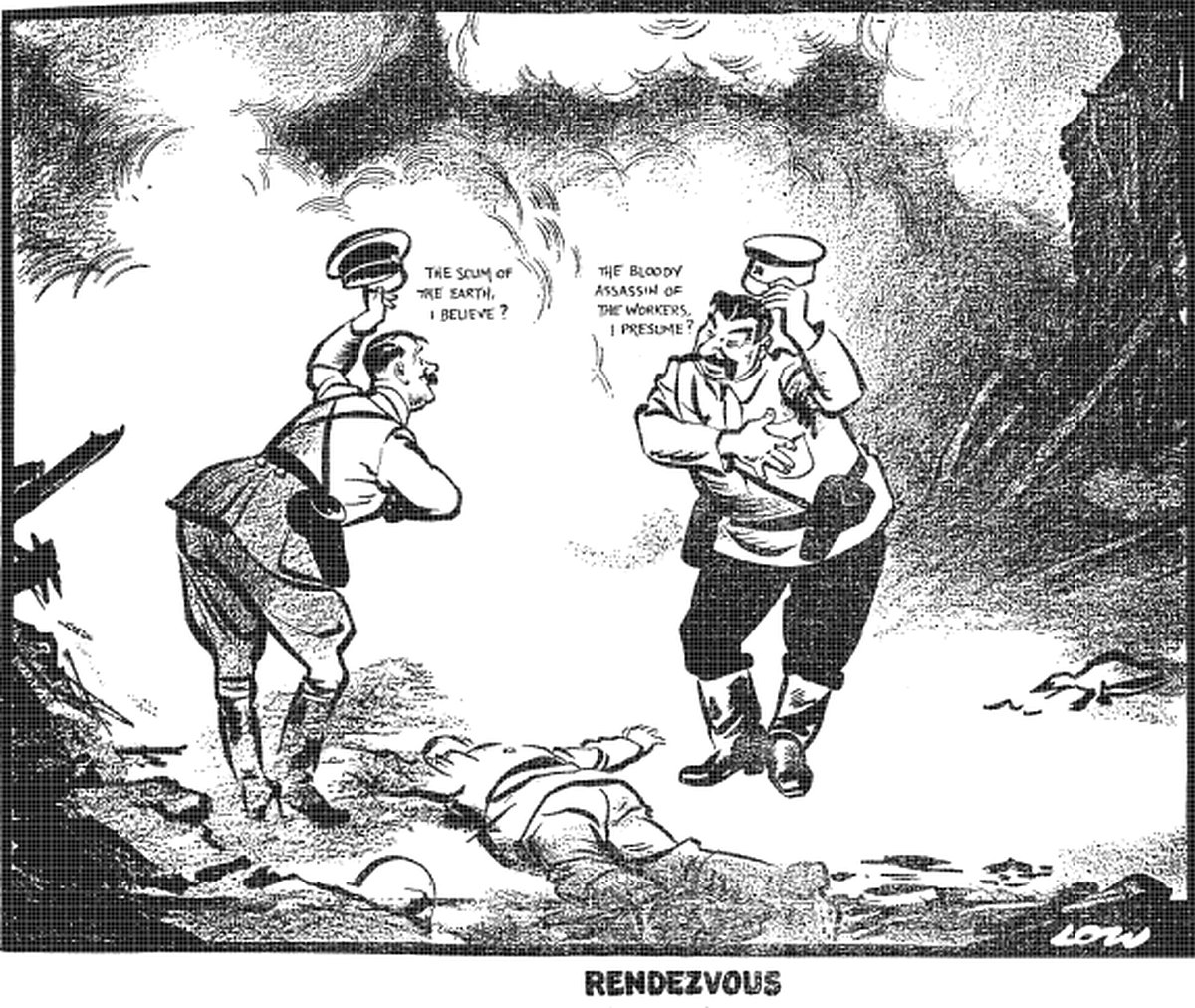 And you could hardly find a better place then Poland to say it. Protect our borders? The Poles can tell you things about that. They remember very vividly—how could they ever forget? —what happened to their borders 78 years ago, when Stalin and Hitler simultaneously invaded.

Concerning which, by the way—as an old Cold Warrior, but also as a person who just likes to hear the plain truth spoken—I'd like to thank our President all over again for not eliding the monstrous crimes of Soviet Russia.

Leftist historians and media types have been playing that game for decades—very successfully, stuffing Stalin's crimes down the memory hole. Our politicians have mostly gone along with them. Any ordinary, not-very-attentive citizen of the West knows that Hitler invaded Poland in 1939; nothing like as many know that it was a co-invasion, Hitler and Stalin acting together.

I just put the phrase "Hitler invaded Poland" into the Google search box. "About 450,000 results," says Google. Then I put in "Stalin invaded Poland." Replied Google: "About 211,000 results." Try it for yourself.

All right, history is written by the victors. When one of the victors is a savage totalitarian despotism, though, its evil deeds should be remembered.

Thanks to our President for remembering them, and reminding us of them on a major public stage. Said he: "In 1939, you were invaded yet again, this time by Nazi Germany from the west and the Soviet Union from the east."  Thanks for that.

He went on to mention the Katyn Forest massacre, when much of the officer class of the Polish military were murdered by Stalin's secret police.

Is Trump the first U.S. President to mention Katyn in public? The story was suppressed by the Western Allies for decades. I don't know, but I wouldn't be surprised.

Then our President spoke frankly about the 1944 uprising, when Soviet troops, under Stalin's orders, held back from intervening while the Nazis put down the Polish patriots. Stalin didn't want Polish patriots around after the war, he wanted his own place-men.

So for all the fudging on NATO, for all the smirk-inducing stuff about family values, for all the over-the-top grandiloquence, I call this a great speech. I thank my President for having made it, and whichever one of his staffers—rumor says Stephen Miller—wrote it for him.

Thank you, Mr. President, thank you.

And one more quote from our President's Warsaw speech:

We write symphonies. We pursue innovation. We celebrate our ancient heroes, embrace our timeless traditions and customs, and always seek to explore and discover brand-new frontiers.

We do indeed do those things—those of us not busy pulling down statues and demanding new pronouns.