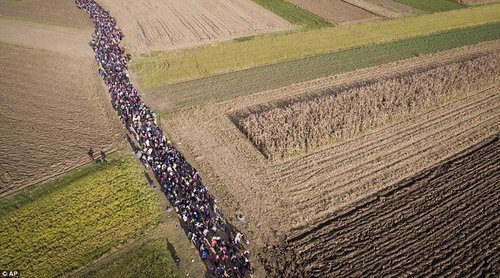 Europe: The Invasion Will Be Televised (by Drone)

Technology has played an important role in revealing the 21st-century style of invasion, where armored attacks have been replaced by hordes of Muslims claiming to be refugees (and only about 20 percent of whom are actually escaping the Syrian war). Inexpensive drones (much cheaper than helicopter rentals) can be sent aloft to record the multitudes of invasive foreigners making their way into Angela Merkel’s welcoming paradise of free stuff.

The video below shows a drone’s-eye view of a legion of welfare-seeking Muslims crossing Slovenia to reach the storied lebensraum of wealthy Germany:

Meanwhile, the suits who run the countries dither and worry about keeping the EU together instead of recognizing the real threat to European safety from millions of Allah acolytes. For example, Germany recently announced it is speeding up deportations of economic moochers so it can accept more genuine Syrian refugees.

The population of Syria is 23 million. What if most decide to accept Germany’s generous offer of TLC? How about only half?

Daily Mail has a story based on photos of the swarms as they transit Slovenia. Below is one: 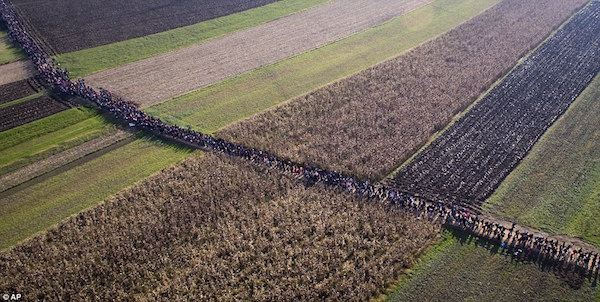 Previous Muslim invasions of Europe were fought back in Tours in 732 by Charles Martel and Vienna in 1683 by Jan Sobieski. In contrast, today’s European leaders cannot even recognize a historic enemy of 1400 years standing as they welcome millions, some of whom believe spreading Islam by whatever means necessary is their religious duty.

Below, Jan Sobieski in the Battle of Vienna. 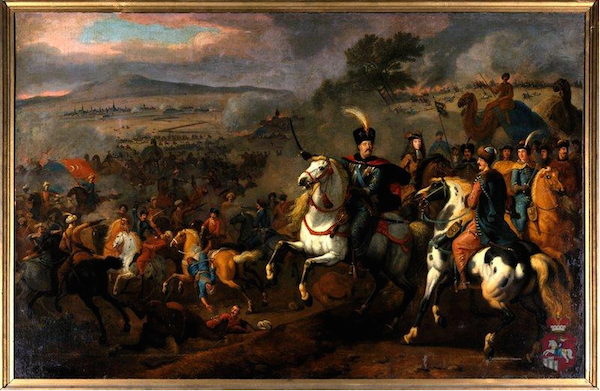