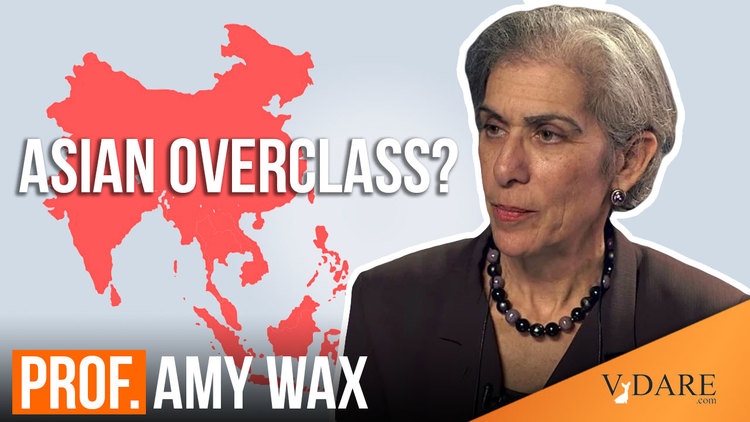 Professor Wax—she is the Robert Mundheim Professor of Law at the University of Pennsylvania Law School—has come to our attention before.

To refresh your memory:

So Prof. Amy Wax has a track record of kicking the stone. As best I can figure she's not a race realist; but she takes the next best thing—what I have called "hard culturism"—as far as it can be taken without bringing in biology.

OK, so what's she in trouble for now? Well, on December 20th she was in public discussion with Glenn Loury again.

This is a lady not easily deterred.

[We] have to distinguish mass-immigration, which we're getting from the Hispanics, south of the border, which I think poses different questions and challenges from the Asian elites that we're getting … It doesn't mean that the influx of Asian elites is unproblematic. I actually think it's problematic. I think it's because there's this danger of the dominance of an Asian elite in this country, and what does that mean? What is that going to mean to change the culture?

VDARE.com note: The young woman who wrote this  hit piece, Brooke Leigh Howard [Twitter/Email] is a very light-skinned woman of color who is “a reporter focusing on race and identity for The Daily Beast” and whose pinned Tweet says “Black women matter.” 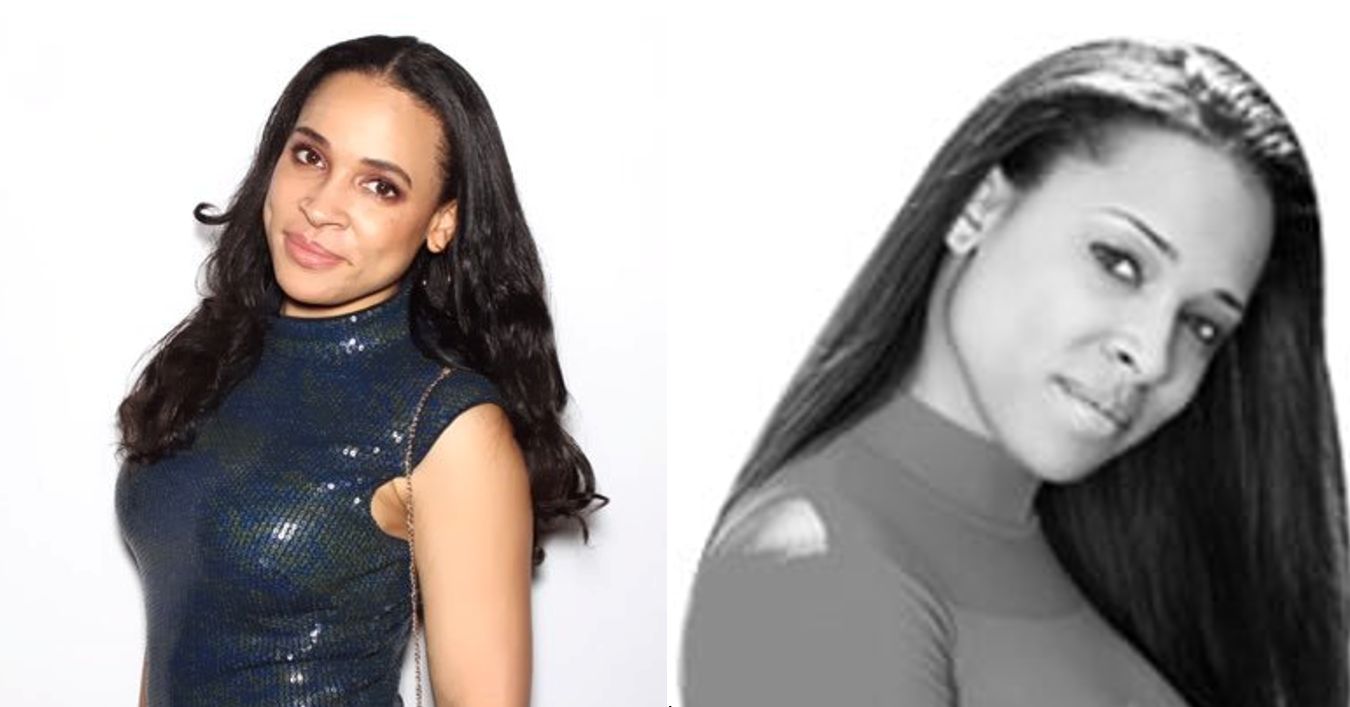 This is an easy one for me. I've been arguing against mass immigration from Asia for years here at VDARE.com, so I can just quote myself.

Here I was in December 2017, for example, a post titled Time To Stop Importing An Immigrant Overclass:

The first time America imported an overclass, we did so accidentally. When that Great Wave of Ashkenazi Jews came in after 1881, we had only the vaguest ideas about population differentials in intelligence and personality. Psychometry as a quantitative science was just getting started.

Now we understand much more, and can make better decisions. If we import a new overclass today, we'll be doing it deliberately. We know enough to not do it.

And here I was a couple of weeks later, on the same theme but from a different angle. The title here was: OF COURSE Harvard Discriminates Against Asians. But Maybe That's Good For Americans? In that post, I pointed out that

Immigration patriots in the early 20th century strove to keep out East Asian immigrants, not because they "hated" them, as the infantile language of our current discourse would tell you, or because they thought them an inferior race, but because they feared mass immigration of East Asians would produce an overclass, generating discontent and resentment among legacy Americans.

As Kevin Macdonald wrote here at VDARE.com in 2004: "Many restrictionists, far from feeling they were members of a superior ethnic group, worried that their people could not compete with Japanese and Chinese."

I love this. At this point in my career as a bloviator I've passed opinions on everything I know about. All I have to do is sit back and direct your attention to people saying the same true and obvious things I've been saying.

None of which detracts from the fact that Amy Wax is raising an important issue, and the attacks on her, above all from her Law School Dean Theodore Ruger [Email him] (“Wax’s views are diametrically opposed to the policies and ethos of this institution,” i.e., he admits the Law School is politically partisan), are disgraceful in a free society…assuming we are still a free society.