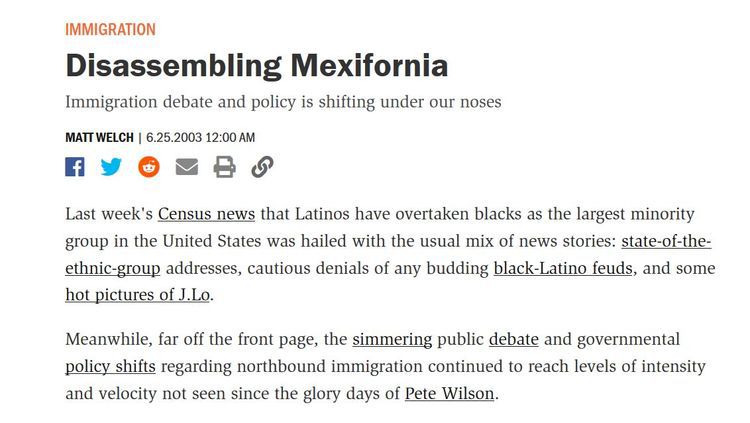 The Treason Lobby Has Reason To Fear

The Treason Lobby is worried: "Meanwhile, far off the front page, , the simmering public debate and governmental policy shifts regarding northbound [i.e. illegal] immigration continued to reach levels of intensity and velocity not seen since the glory days of of Pete Wilson.," warned Matt Welch [email him] on Reason.com last week.

Welch is particularly worried about "VDare, American Patrol and scores of similar sites"

We've noticed Welch before. His particular problem seems to be that he doesn't like the possibility that Department of Homeland Security might actually enforce U.S. immigration law. (Horrors!)

He complains that "immigration reformers…have been repeating the mantra 'but they broke the law!' for years. (Presumably, these people have never jaywalked or written the wrong date on a check…)"

But the Welch Squelch is indicative of a graver problem. I've wondered for years why Establishment Libertarians can't get the message about immigration (in contrast to the heroic Paleolibertarians at www.LewRockwell.com). We have a whole archive devoted to the subject.

Now I think I see the reason: The modern lumpen libertarian simply doesn't know anything. In particular, they don't know that you can't have a functioning market unless you have a framework of law (part of what is sometimes called the "metamarket").